The military junta is still receiving fighters jets and armored vehicles used against civilians since last year's coup, the UN's special rapporteur to Myanmar has said. 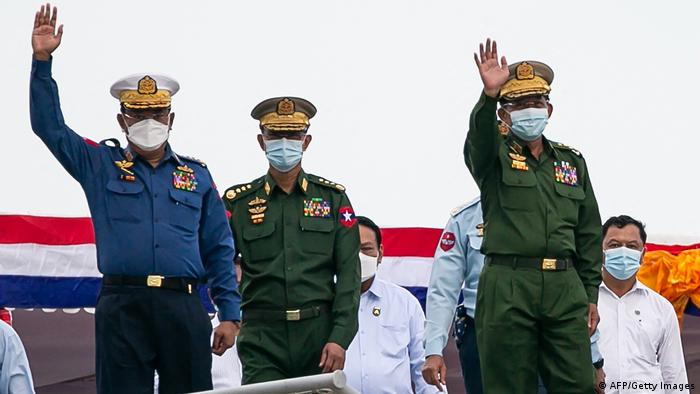 The United Nations expert on Myanmar has said that China and Russia are among those arming Myanmar's military junta.

Thomas Andrews, a former US congressman serving in the independent post, said on Tuesday that the two countries were providing the junta with fighter jets and armored vehicles.

"Despite the evidence of the military junta's atrocity crimes being committed with impunity since launching a coup last year, UN Security Council members Russia and China continue to provide the Myanmar military junta with numerous fighter jets, armored vehicles," he said in a statement.

"During this same period, Serbia has authorized rockets and artillery for export to the Myanmar military," he said.

Andrews called on the UN security council to halt the arms supply.

"It should be incontrovertible that weapons used to kill civilians should no longer be transferred to Myanmar," he stressed.

He also urged that the military's access to oil and gas and foreign exchange reserves be cut and called for preventing states and the private sector from buying resources such as timber and rare earth products when funds are funneled to the junta.

Chaos has gripped Myanmar since the military coup on February 1 last year. It ended a decade of tentative democracy and triggered nationwide protests that troops suppressed with lethal force.

At least 1,500 civilians have been killed, according to activists cited by the UN, which also says more than 300,000 people have been displaced by rural conflict between the military and armed opponents.

The junta says it is fighting "terrorists" and objects to what it calls UN interference.

Myanmar, 1 year after the military coup