The bears are considered to be the national animal of China. Their awarding is an important diplomatic gesture and a good deal. So that it works better with the panda offspring, the animals should get more space. 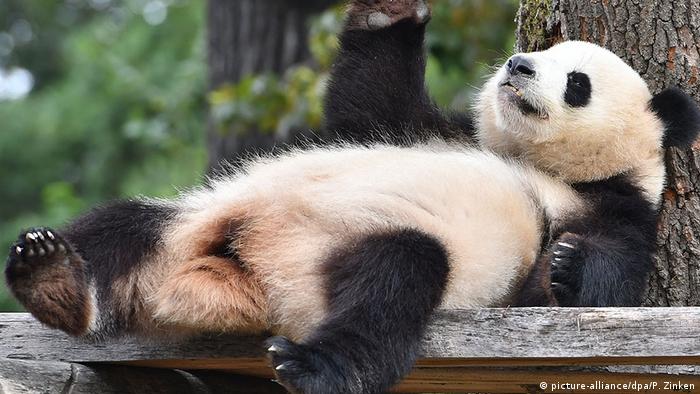 The new national park for the unmistakable bears with black and white fur will cover more than 27,000 square kilometres, as the state newspaper "China Daily" reported on Thursday. It would be three times the size of the famous Yellowstone National Park in the USA.

According to "China Daily", the project has a budget of 1.3 billion euros over the next five years. A corresponding agreement between the State Bank of China and the Sichuan Provincial Government was signed on Tuesday.

Why are pandas black and white?

The giant panda is an endangered species and occurs in the wild only in China. 80 percent of the approximately 1800 animals live in Sichuan, the rest in the provinces of Shaanxi and Gansu. Breeding successes in captivity are extremely rare. The new national park should enable the pandas to reproduce undisturbed.

Around 50 panda bears live in zoos outside China. Six of them in European zoos. The Berlin Zoo pays an annual rental fee of 900,000 euros for the Panda couple Meng Meng and Jiao Qing, who arrived in June 2017.

Ahead of the G20, Chancellor Angela Merkel met with Chinese President Xi Jinping in Berlin to celebrate the arrival of two giant pandas. The bears will be on view to the public at the Berlin Zoo starting Thursday. (05.07.2017)

From never-ending lines at airports to crowded trains, drought and wildfires in vacation areas, travel in the summer of 2022 was fraught with challenges. Here's a recap of the travel season.