At least 12 people have died in a powerful explosion that ripped through a gas plant in central China. Reports said the force of the blast shattered windows and blew out doors as far as 3 kilometers away. An explosion at a gas plant in China's central Henan province has killed at least 12 people and seriously injured 15 others, Chinese authorities said Saturday.

The blast rocked the factory in the city of Yima on Friday evening, damaging buildings and blowing out windows and doors within a 3-kilometer (2-mile) radius, state media reported. 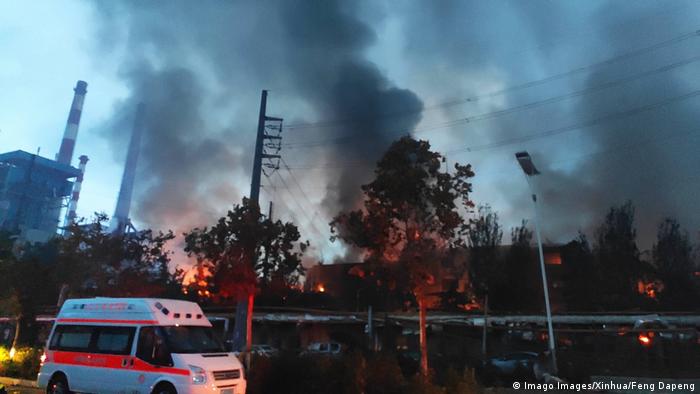 All production at the site has stopped. Officials said an investigation was underway to determine the cause of the incident.

Deadly industrial accidents are fairly common in China. Safety regulations are often poorly enforced, despite recent orders from the government in Beijing to improve standards at factories and power plants.

In March, a major blast at a chemical plant in eastern Jiangsu province killed 78 people and injured hundreds. The explosion led to two dozen arrests and prompted a nationwide inspection of chemical companies. One of the country's worst workplace accidents occurred in 2015, when a massive explosion at a chemical warehouse in the northern port city of Tianjin killed 165 people.