An explosion at a chemical park in southwestern China has killed at least 19 people and injured 12 others. A string of recent industrial accidents have led to calls for improved safety standards. 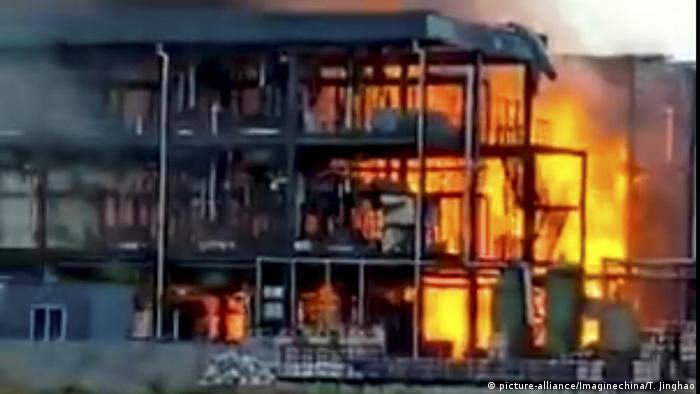 Authorities in southwestern Sichuan province have opened an investigation into a blast at an industrial complex that left 19 people dead, state news agency Xinhua reported Friday.

The explosion ripped through the Yibin Hengda Technology complex in the city of Yibin at 6:30 p.m. (1030 UTC) Thursday, sparking a fire that burned late into the night, Xinhua said.

County officials said that 12 people wounded in the blast had been taken to hospital and were in a stable condition.

Reports in the Sichuan Daily said the force of the explosion reduced three buildings to their steel frames and shattered the windows of nearby properties. 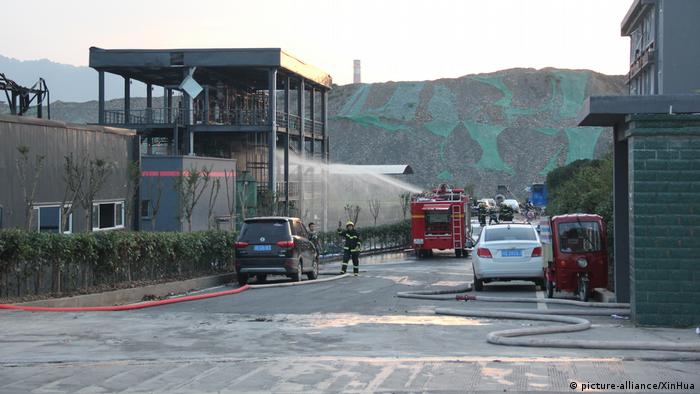 China, the world's largest producer of chemicals, has sought to improve industrial safety standards following a series of high-profile accidents in recent years.

In 2015, 165 people were killed in a blast at a chemical warehouse in the northern port city of Tianjin. Last year, an explosion at a petrochemical plant in eastern Shandong province killed eight people.