A series of fiery explosions at a warehouse in the northern city of Tianjin has killed at least 44 people. Witnesses describe fireballs and shattered glass 3 kilometers (1.8 miles) from the site.

The official Xinhua News Agency reported at least 44 people had been killed, including at least 12 firefighters, with more than 520 hospitalized after a series of explosions ripped through a warehouse at the port around 11:30 p.m. local time (1630 UTC) Wednesday. More than 60 people were seriously injured. 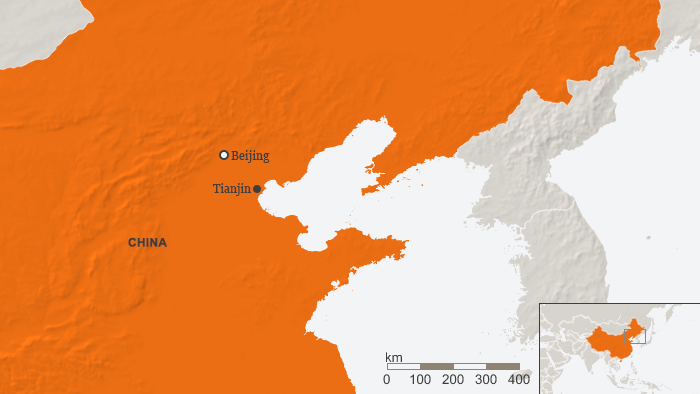 The magnitude of the first explosion was the equivalent of detonating 3 tons of TNT, the China Earthquake Networks Center said on its verified Weibo account; this was followed by a second, stronger blast equivalent to 21 tons of the explosive.

"The fireball was huge, maybe as much as 100 meters tall," 27-year-old Huang Shiting, whose house is close to the port area of the city where the explosion took place, told the AFP news agency.

"I heard the first explosion and everyone went outside, then there was a series of more explosions, windows shattered and a lot of people who were inside were hurt and came running out, bleeding," Shiting said. 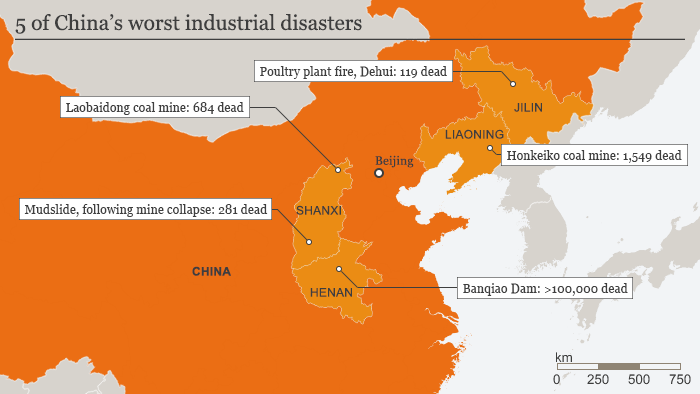 Xi demanded that authorities quickly control and extinguish the fire, and "make full effort to rescue and treat the injured and ensure the safety of people and their property," China Central Television (CCTV) reported.

The specific cause has not been reported. Xinhua said the explosions had ripped through a warehouse storing "dangerous goods."

In July, 15 people were killed and more than a dozen injured when an illegal fireworks warehouse exploded in northern Hebei province.