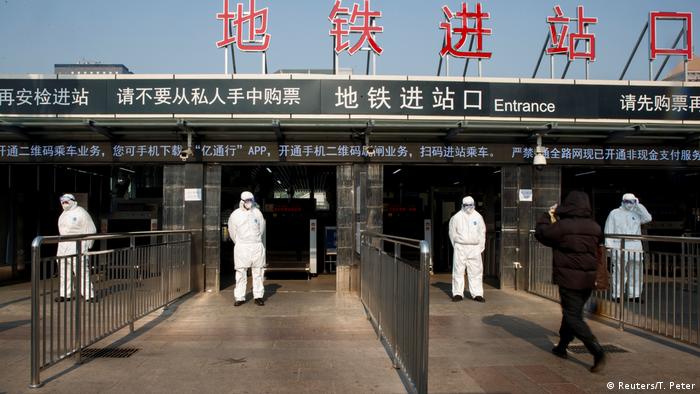 The government in China said international tour groups would be suspended and inter-province shuttle buses halted from Sunday in an effort to curb the spread of the deadly coronavirus.

Speaking at a Communist Party leadership meeting, President Xi Jinping said his country was "faced with the grave situation of an accelerating spread of the new coronavirus," but that the country would "definitely be able to win the battle," according to state media.

As of Sunday, some 1,975 people are believed to have been infected, with at least 56 deaths reported. Chinese state news reported some 324 people to be in critical condition.

The outbreak is believed to have originated in the eastern Chinese city of Wuhan and has spread to several other countries, including the US, France, Japan and Australia. Malaysia and Canada confirmed their first cases of the virus on Saturday.

On Saturday, Hong Kong's most senior official, Carrie Lam, declared a virus emergency in the city, shutting down transport links, schools and universities. 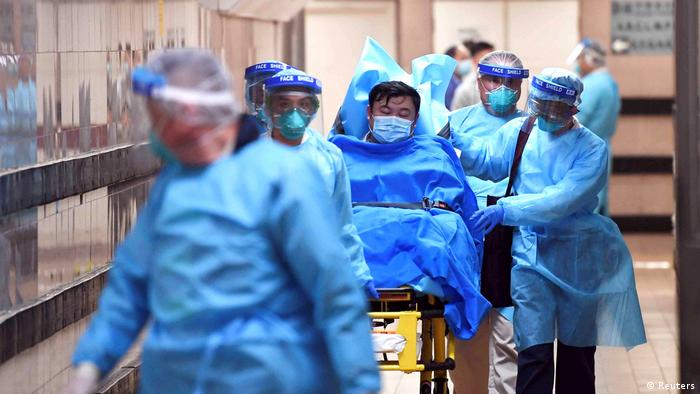 Hong Kong has confirmed five people were infected, but the number of suspected cases is much higher

Five cases of the virus have been reported in Hong Kong, while a further 122 people are suspected of having the virus. The shutdown comes as many Hong Kongers celebrate the Lunar New Year amid ongoing tensions after seven months of anti-government protests.

Flights and high-speed rail trips between Hong Kong and Wuhan have been halted, while schools and universities will remain shut until February 17.

Lam said it would be impractical to shut down all contact with mainland China but scrapped all upcoming official visits.

"I hereby urge all citizens stay united to fight against the epidemic to protect all Hong Kong people's health and safety," she said.

In Wuhan, where most of the nearly 2,000 infection cases and deaths have been reported, car use has been banned and most outgoing transport restricted as China aims to quarantine the virus.

Chinese officials on Saturday announced that Wuhan was also building a second 1,000-bed makeshift hospital to deal with the crisis, to be completed February 3. It will be modeled on a SARS hospital built within six days in Beijing in 2003 during the deadly SARS outbreak.

A lockdown is in place in 18 cities, affecting millions of people.

US to evacuate citizens

The US also announced on Saturday it had chartered a plane to carry US citizens from Wuhan back to the US. The flight will carry around 230 people, including diplomats, their families, and private citizens.

The State Department said a flight will evacuate American citizens on January 28 from Wuhan to San Francisco, warning that there would be "limited capacity" for private citizens.

"This capacity is extremely limited and if there is insufficient ability to transport everyone who expresses interest, priority will be given to individuals at greater risk from coronavirus," the department said on Sunday.

Virus spreads around the world

The news comes a day after the coronavirus reached Europe, with France reporting its first cases on Friday.

Nepal and Australia also confirmed their first cases of the virus on Friday, joining the US, Vietnam, South Korea, Japan, Thailand, Taiwan, and Singapore — as well as the Chinese semi-autonomous city of Macau.

Earlier this week, the World Health Organization declined to designate the virus as a global health emergency.

It is still unclear how lethal the new coronavirus is, or even whether it is as dangerous as the ordinary flu, which kills tens of thousands of people every year. Researchers around the world, including in Germany, are working to find answers.

The virus was first reported in Wuhan in December.