Wildlife conservationists have called on China to reinstate the ban, saying it undermines international norms. But Beijing has defended its decision, claiming the animal parts are useful for scientific research. 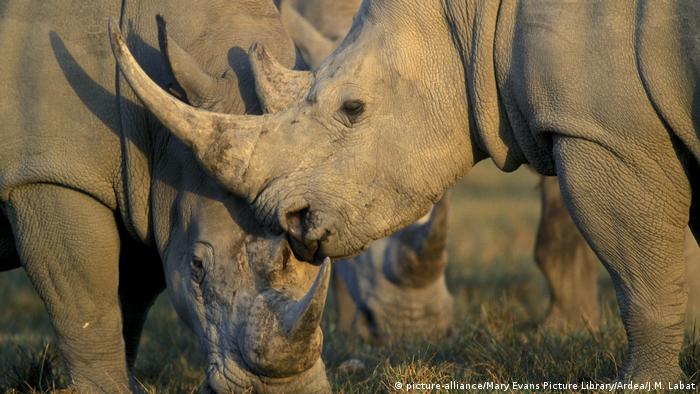 Lu said prior regulation did not take into consideration the "reasonable needs of reality." He claimed that rhinoceros horns and tiger bones are useful for medical treatment and scientific research.

China's State Council announced on Monday that it would allow the previously banned animal products to be sold under strict controls.

"Under the special circumstances, the regulation on the sales and use of these products will be strengthened, and any related actions will be authorized, and the trade volume will be strictly controlled," the State Council said.

However, wildlife conservationists have firmly criticized the decision, saying it undermines decades of work to rehabilitate endangered species. Charlie Mayhew, chief executive of the UK-based Tusk conservation charity, told DW his organization views the decision "with the greatest concern."

"China will no doubt look to hide behind the fact that they say this only applies to farmed rhino, but they do not have enough rhino in China to begin to satisfy consumer demand for rhino horn," Mayhew said.

"As such, the market will look to Africa to supply the trade and the criminal networks that already exploit this market will increase the slaughter of a species that is at high risk of extinction unless we eradicate the trade outright."

Demand for rhinoceros horns and tiger parts has been buoyed by their incorporation into traditional Chinese medicine despite scientific studies that have shown they offer no additional health benefits.

"The Chinese should be encouraged to educate consumers that there is absolutely no proven medical benefit or magical healing powers contained within either rhino horn or tiger bone," Mayhew said.

He told DW that Beijing should review their decision and swiftly reimpose a ban on the sale of such animal products, adding that "the world has consistently outlawed the reintroduction of any international trade" under global conservation rules.

The world's last male northern white rhino, named Sudan, has died in Kenya. His death means that only two females from the subspecies survive. Too old to breed and dying of degenerative disease, he had to be euthanized. (20.03.2018)