The Bundestag has appealed China's travel ban on a Green party politician, apparently over her criticism of its human rights record. Margarete Bause told DW she has had several run-ins with the Chinese government. 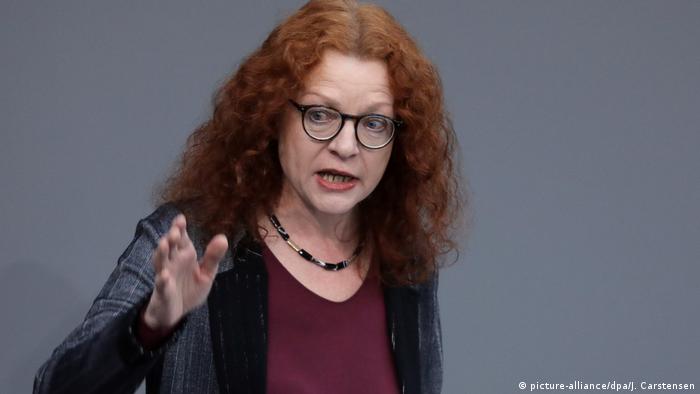 A German lawmaker who was denied entry to China told DW on Tuesday that the Chinese government was trying to "encroach" on Germany's democratic system.

"This is an encroachment on the rights of a freely elected parliament, one which the German Bundestag cannot tolerate," Margarete Bause said.

The human rights spokeswoman for the Greens said on Saturday that Chinese authorities had threatened to ban members of a parliamentary committee from visiting China at the end of August if she was part of the delegation.

The Bundestag appealed the threat on Monday in a letter to the Chinese government.

Bause told DW that China had not provided any written documentation about the travel ban or reasons for the move. But she said it was likely because of her criticism of China's poor human rights record and mistreatment of its Uighur Muslim minority in western China.

"It may well be that this commitment to human rights, especially those of the Uighurs, has drawn negative attention from the Chinese side," she said.

Bause said China had demanded that she stop a Bundestag debate on China's internment of Uighurs shortly before it took place late last year. The government in Beijing then lodged a formal diplomatic complaint, citing the parliament's "interference" in China's internal affairs.

During her time as a member of Bavaria's state parliament, state prosecutors investigated whether China had spied on Bause after the Chinese consulate in Munich revealed it had private information about her invitation to a local Uighur event.

The case was dropped after investigators failed to identify any potential perpetrators, she said.

Read more: China hits back at US over human rights violations

Bause's counterpart in Chancellor Angela Merkel's conservative bloc (CDU/CSU), Michael Brand, said on Tuesday that the German government needed to stand up to China over its decision to block her entry.

"It is absolutely clear that if the federal government and the Bundestag show deference instead of standing up tall, then we will only encourage the authoritarian communists in China to further attempts of blackmail," he told Der Spiegel magazine.

Yang Da contributed to this report.