Germany's Green party says China has rejected a Bundestag delegation because one of its members is a vocal supporter of the Muslim Uighur minority. Another committee's plans to travel to China are also in doubt. 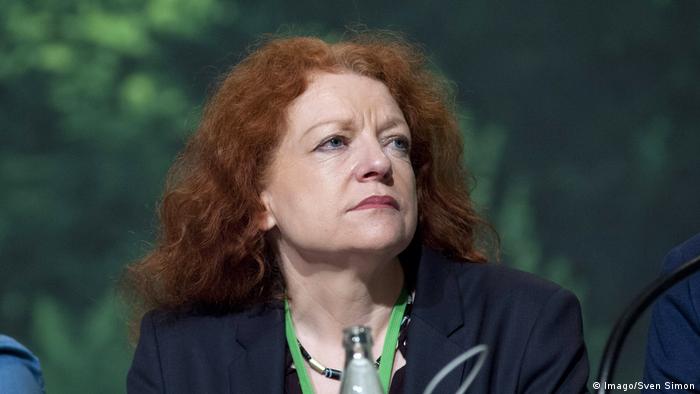 The Bundestag committee on digitization is supposed to visit startups and learn about artificial intelligence in Shanghai and Beijing later this month.

But the trip appeared to be under threat due to China's apparent refusal to let in one of the committee members, Margarete Bause (pictured), the Green party said Saturday.

Bause, who has a long history of expressing support for the human rights of the Uighur Muslim minority in China, was supposed to join the trip as a temporary committee member, standing in for her party colleague and the committee's head Dieter Janecek.

"The Chinese message — which states that as long as I am on the list, the delegation cannot travel to China — is absolutely unacceptable," Bause told German news agency dpa.

"I see that as an attempt at silencing parliamentarians who support human rights loudly and clearly," she said. She wrote in a letter to the committee that she still wanted to participate in the trip and saw no reason why it should be abandoned.

"This will only strengthen my work for human rights," she added on Twitter.

The committee was supposed to visit from August 23 until September 1.

Another Bundestag committee, the Human Rights Committee, was also refused entry into China, according to Michael Brand, the human rights spokesman for the parliamentary grouping of Chancellor Angela Merkel's Christian Democrats and their Bavarian counterparts the Christian Social Union (CDU/CSU).

The committee's current focus is the situation of China's religious minorities and it had planned a trip to Beijing, Tibet and the western region of Xinjiang, which has a large Muslim population, in September.

"It is about making an example of people who dare to clearly address the topic of human rights and touch on sensitive issues," Brand said of the refusal.

German Greens parliamentary executive Britta Hasselmann said on Twitter that whoever spoke with and about China needed to clearly discuss human rights.

"That's what Margarete Bause, the Greens in the Bundestag and also many colleagues from other parties are doing. And that's a good thing."

A new policy paper has defended China’s attempt to strike hard at extremism. The crackdown forms part of a strategy that includes "standardized" education camps, where activists say one million people are detained. (18.03.2019)