A Canadian citizen has been detained in China, Canada's government has said. It comes amid a period of tense diplomatic relations between the two countries after the arrest last year of a Hauwei executive in Vancouver. 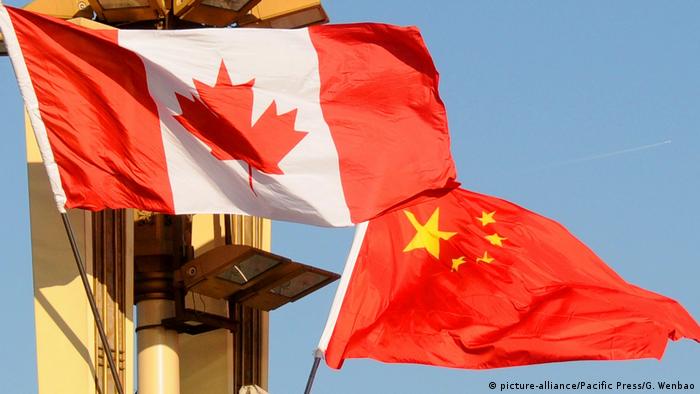 Global Affairs Canada confirmed on Saturday that a Canadian citizen had been detained in the port city of Yantai, without providing details about the identity of the individual detained or the reason for the detention.

Tension between Beijing and Ottawa heightened in December after Meng Wanzhou, the chief financial officer of Chinese telecoms giant Huawei, was arrested at Vancouver International Airport on a warrant from the United States. Meng, the daughter of Huawei's founder, is currently under house arrest in Vancouver.

Two Canadians — former diplomat Michael Kovrig and consultant Michael Spavor — were jailed earlier this year for alleged spying. The Canadian government has called the charges against them "arbitrary," fueling speculation that they were detained in retaliation for Meng's arrest.

China has also sentenced two Canadians to death for drug trafficking and blocked the import of Canadian meat products.

Earlier this week, 16 foreign teachers and three Chinese were arrested on drug charges at a local language school in Xuzhou, around 370 miles (600 kilometers) southwest of Yantai. On Friday, the British embassy in Beijing said four of its nationals had been arrested Jiangsu province, where Xuzhou is located.

Swiss-based company Education First, which operates language schools in China, acknowledged earlier this week that seven of its teachers were involved in a drug case at one of their institutions in Xuzhou.

Global Affairs Canada did not say whether Saturday's arrest was related to the case in Xuzhou.