With amusement parks, the Forbidden City and the Great Wall of China, as well as museums and cinemas closed, how are people managing in the cultural realm? A conversation with Li Yunzhong, cultural manager from Wuhan. 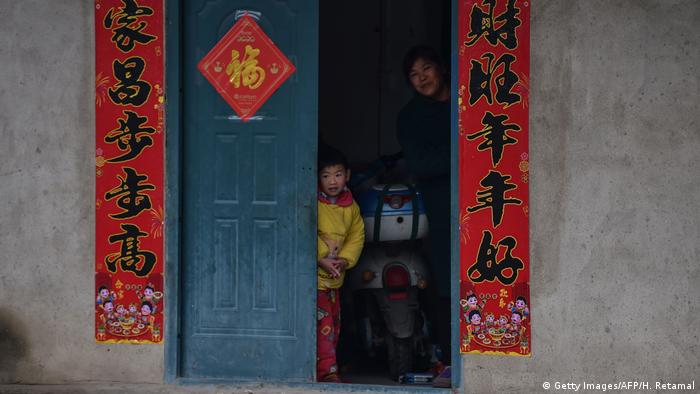 "From my window, I see the second ring road of Wuhan, which is a major traffic artery of the city. Usually at this time of day (editor's note: late afternoon) the street is full of cars, like a stream of lights. Now there are only a few cars driving there, but that's more than there have been in the last days.  Overall, it's very empty," says Li Yunzhong, who runs an artists' agency and has been stuck in his apartment in Wuhan with his wife, an opera singer, for over a week as a consquence of the spreading coronavirus.

"Across the street, the buildings are beautifully lit, the scenery looks lovely — but at the same time very fake, very surreal," Li Yunzhong adds. Now, after several gloomy days, the weather has improved.

"That's why people are coming out again, for a breath of fresh air, to shop, feel the sun's rays." But a "mass cultural life" is nowhere in sight, he says.

Since January 22, the city of Wuhan in central China with 11 million inhabitants has been sealed off from the rest of the world. Cultural and public life has largely disappeared. Mass events are prohibited; cultural institutions are closed.

The official government announcement came at around 2 a.m. Until 10.00 a.m. on the same day, people could still leave the city, from then on a ban on exiting the city was imposed. Many people who were informed of the impending ban during the night left their city in those remaining eight hours, but Li Yunzhong deliberately stayed on.

"As I live directly at the second ring road, it would have taken me only 30 minutes to get to the highway, but I decided against leaving the city. My sisters are here in Wuhan, and we wanted to be with our families during the Spring Festival, with my parents and in-laws. That's the purpose of the festival, so the question of leaving didn't even come up for me," he says.

In addition, for many in the city, there is the financial aspect: the costs of hotel accommodations around the Spring Festival are much higher than usual throughout China. Only a few can afford this, so that's why many have stayed in the city.

Boredom has taken its grip

The otherwise so lively streets are completely deserted. Yet, not only does the fear of the coronavirus have a grip on many Chinese people, but absolute boredom does too, as many have written on social networks. In other metropolises, such as Shanghai and Beijing, cinemas, museums and theaters are closed and the streets likewise virtually abandoned.

Meanwhile, the people of Wuhan have discovered creative ways of cheering each other on and vowing to stick together. Videos of residents singing the Chinese anthem from their windows are circulating on Twitter. Among other things, they chant encouraging statements like "Wuhan, add oil," which means "Let's roll!"

"People are social creatures," Li Yunzhong points out. "Someone who lives in a big city like Wuhan and usually goes out and meets people is not used to being locked up."

"This is an abnormal situation. It automatically makes you feel the need to do something. On social networks, people have made arrangements to sing together, and many people have taken up this call," he said.

Much to the dismay of virus experts, who promptly got on TV, radio and social media channels to warn against an accelerated risk of infection. Singing, yes, they have said, but at home behind closed doors and windows.

According to media reports, fast food and coffee chains have now closed the majority of their branches. The Starbucks company alone is said to have closed more than half of its 4,300 stores in China.

The Spring Festival holiday has been officially extended until February 2.