Salar de Atacama is rich in lithium, essential to electric cars and other low-carbon tech. But indigenous people are fighting its extraction, saying private interests are cashing in at the expense of their environment. 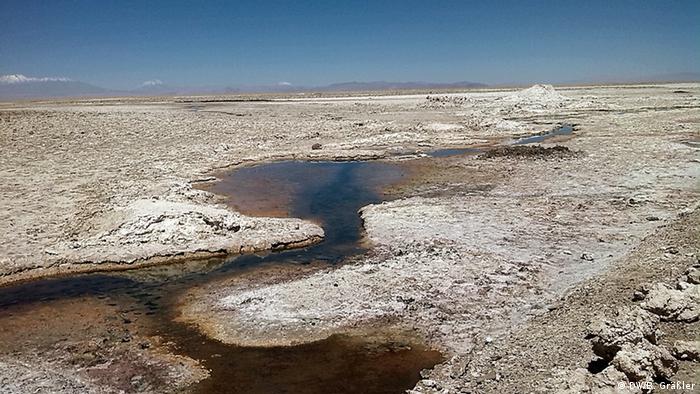 The Salar de Atacama's geysers, volcanoes and flamingos attract tourists from around the world. But beneath its dramatic vistas, the Chilean salt flats hide something of far greater economic potential that's drawing a different kind of interest – from the world's chemical companies.

Lithium batteries are essential to all kinds of gadgets from laptops and mobile phones to the electric cars and power storage facilities that are to help wean the world of fossil fuels. As the world shifts to renewables, more and more sectors are to be electrified, and demand for lithium is expected to double by 2025.

Salar de Atacama contains some of the world's richest lithium deposits. Which means Chile is sitting on a goldmine. But exploiting it could come at a terrible environmental cost, protestors say.

To this end, it signed over lithium concessions to Chilean mining company SQM in January – a deal that's to see extraction triple by 2030. 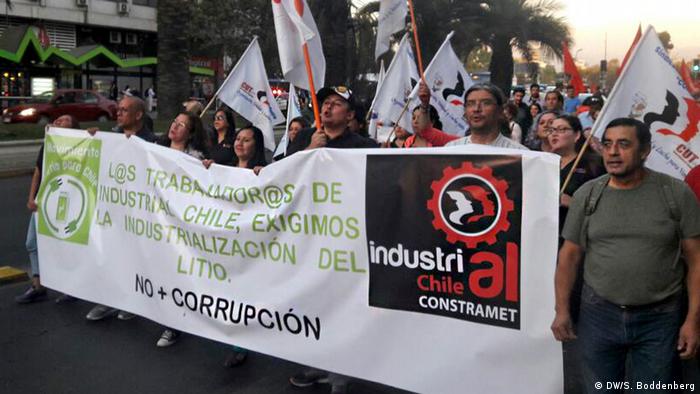 But environmentalists and mining unions are outraged. "For us, the contract is illegal," said Miguel Soto, chairman of the Lithium for Chile movement that organized demonstrations against it on the streets of Santiago de Chile.

A private company mired in controversy

Protestors carried placards that read "Lithium for Chile, not for Soquimich" – referring to SQM by the name of its previous incarnation as a state-owned company.

Soquimich was privatized during Augusto Pinochet's military dictatorship in the 1980s. The family of the deceased dictator still owns many shares in the company, which has been accused of corruption, underpaying royalties and violating environmental regulations.

"We think that SQM should be re-nationalized and the state should take on responsibility for lithium extraction," Soto told DW, pointing to lithium’s potential application in nuclear weapons and objections from indigenous people in the Atacama Desert.

"Over-exploitation of the Salar de Atacama could cause an environmental catastrophe," he added.

In recent years, SQM has been repeatedly investigated for money laundering, tax evasion and illegal campaign financing. Politicians are said to have received large sums in exchange for incorporating industrial demands into legislative proposals and voting accordingly in parliament.

A lawsuit is currently in process against former Economics Minister Pablo Longueira, who is accused of taking illegal payments from SQM to modify water regulations in favor of the lithium industry.

Chile is the only country in the world where water resources and water management are completely privatized. SQM currently owns the water rights for the region around the Salar de Atacama, and environmentalists say it has exploited the precious resource to cash in on lithium.

The Atacama Desert is one of the driest places on Earth and lithium extraction has a direct impact on the water reserves in the region. The groundwater table sinks, drying out and rivers, streams and wetlands that are home to vulnerable wildlife.

And the mining process can contaminate drinking water, too. "The company steals our water," said Ana Ramos, president of the Council of Indigenous Peoples of Atacameños. 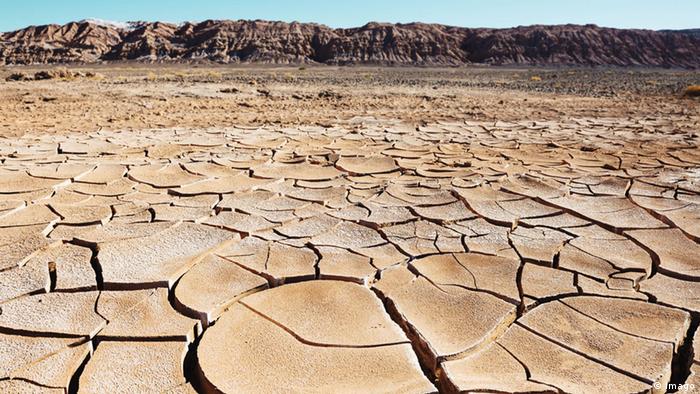 The Chilean state is bound by an agreement with the International Labor Organization to involve indigenous people impacted in large-scale projects that interfere with their environment. That hasn’t happened in the case of lithium mining, Ramos said. "The contract violates our territorial and environmental rights enshrined in international agreements," she told DW.

The full extent of environmental damage mining operations could have is still unclear. Domingo Ruiz, a chemist at the University of Santiago who works on lithium-ion technology, says the government should make an environmental impact study and adopt regulations.

"There are no regulations up to now. That is why a lot of people are worried about how the rising production quotas will impact the fragile ecosystem of the Salar de Atacama," he told DW. 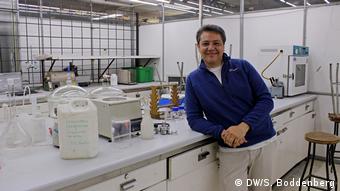 Ruiz is also skeptical of government promises to develop a high-tech industry around lithium with benefits for the local economy. He says the state just isn't investing enough in research and technological development.

"We export the raw material, but we have no industry related to processing it, building up expertise or developing technology to produce lithium batteries," Ruiz said. "In this respect we are still a third world country."

Under its deal with the government SQM must supply 25 percent of its lithium output at a favorable price to international and national companies producing batteries in Chile.

"These companies, while continuing to process the material, are not contributing to the development of our country," Ruiz said. "We need a state that intervenes, universities that produce knowledge, and private companies that invest. These three actors have to work together, and that's not happening right now."

In rural Bolivia, making a sustainable living is becoming difficult for smallholders. But the country's women, who are traditionally responsible of farming, are demonstrating resilience to the effects of climate change. (25.04.2018)

Deserts might be renowned for their arid and hostile characteristics, but they are home to some incredible plants that have developed strategies to find and use the very last droplet of water. (19.04.2018)

Though a future in which all cars are electric is still decades away, carmakers such as VW, BMW and Daimler are busy showcasing their green models. The question is how ethically clean are they? (14.11.2017)