Child prostitutes between school and dinner | Germany | News and in-depth reporting from Berlin and beyond | DW | 04.08.2013

When they hear child prostitution, many people think of sex tourism in Thailand or perhaps the 150 human traffickers that were recently arrested in the US. But the practice can also be found in Germany. 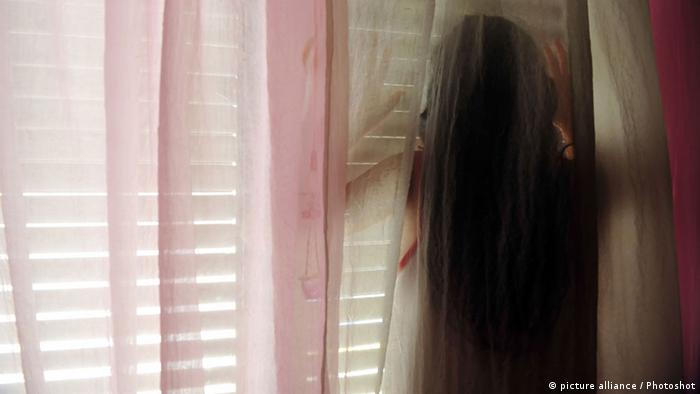 They sell their bodies on the streets or in apartments, often because they're forced to do so. The problem is well-known, its dimension is not.

"There's hardly any information on child prostitution in Germany, because we don't have the knowledge, the facts and the numbers," Mechtild Maurer, president of the Working Group for the Protection of Children from Sexual Exploitation (ECPAT), says. But extensive knowledge is essential in fighting child prostitution, Maurer adds.

One of the problems is that police crime statistics don't give enough detail. It provides information about sexual violence and abuse, but not about the underlying structures.

Another issue is that child prostitution often takes place in the shadows, not out in the open. Minors hardly ever work in brothels, clubs or apartments rented out specifically for prostitutes. That's why getting exact figures is difficult.

There are few clues, but the aid organization "Mitternachtsmission" ("Midnight Mission") in Dortmund, a center working closely with prostitutes, says that roughly every 11th person to seek help is a minor.

In total, there's an estimated 400,000 prostitutes in Germany, including both minors and adults. Facts on the "johns", the clients of a prostitute, are equally rare. They are mostly men older than 40, and they come from all walks of life. 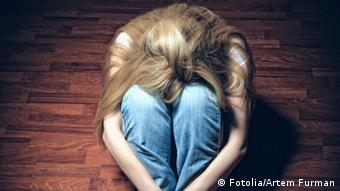 Many child prostitutes in Germany are not poor immigrants, but Germans

The lack of knowledge does show that many stereotypes about prostitution are false. "We know that child prostitution is more diverse than people think," Maurer tells DW. The victims are not only girls from Eastern Europe and Africa, they also come from Germany.

Officials at the Dortmund Midnight Mission estimate that roughly two thirds of the young people they care for are from Germany, if they are not part of human trafficking schemes.

Some of them lead a regular life, and prostitute themselves between school and dinner. Others are drug users who have to sell their bodies to feed their addiction and who don't have a roof over their head.

The ways into prostitution are just as diverse. Boys and girls are introduced to the business by acquaintances or relatives, as well as strangers who trick the teens into trusting them.

One way to lure girls into prostitution is the "loverboy" ruse, says Silvia Vorhauer, social worker at the midnight mission, to DW. "Loverboys are usually young men who specifically look for girls in puberty and approach in school, in bars or in clubs," Vorhauer explains. "They use their charm to make the girls fall in love with them and grow emotionally dependent."

Vorhauer describes the practice: over the course of the relationship, the girls are isolated from their friends and family, while the loverboy becomes more and more important. Finally, he tells the girl about his problems - gambling debt and the ensuing physical threats from angry creditors. She has to help him come up with the money fast. Many girls buy into the story and are then sent walking the streets.

Boys are among the victims more and more often as well, Mechtild Maurer from ECPAT says. They are lured in with other tactics - for example so-called "open apartments." These places are rented by pedophiles and offer boys an opportunity to hang out away from their parents.

At the end of that process, they are asked to touch themselves and finally perform sexual acts with others. Many of the boys participate because they feel pressured to do so, according to Maurer. 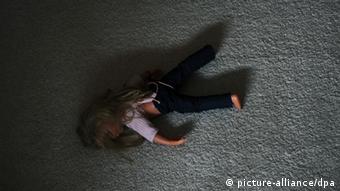 Some prostitutes enjoy their new-found power at first, but are later traumatized.

It's hard to get in touch with the young prostitutes. Very rarely do they approach an aid organization themselves. More often, it's relatives like a sister who suspect what is going on and contact groups like Midnight Mission. But that is only the first step of a long road to leaving the business.

One reason that makes the exit so difficult is that many teenagers don't see themselves in a desperate position initially and have a positive attitude toward their prostitution.

"There's a phenomenon we call "beginners' euphoria." The girls, who are going through puberty rebel against the rules and norms of society," Silvia Vorhauer says. "They go into prostitution and break a taboo - and this taboo even makes them money."

In addition, the girls are often scared that the social worker wants to put a stop to their relationship with a loverboy. That's why an exit can only be successful if the girl herself wants to leave prostitution. According to Vorhauer, the most important thing is to not to damage the fragile trust between the young prostitutes and the social worker.