In Kenya a national campaign has raised awareness and reduced the number of cases of sex tourism involving children. But there is growing concern that underage prostitution is taking place in private villas. 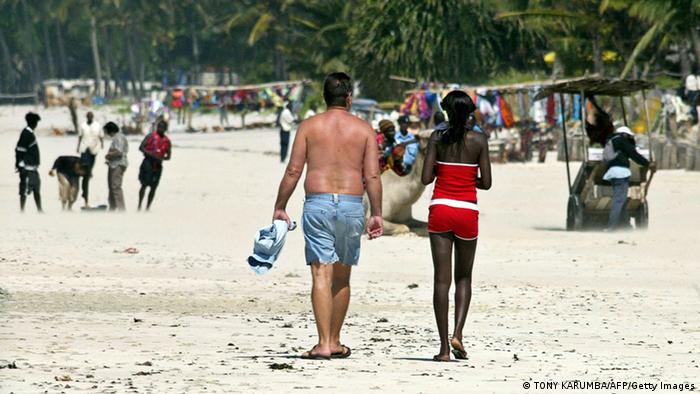 Three nights a week, Grace Odembo puts on her special dress and bright lipstick and ventures out into the summer night. She heads to Mombasa's seedy nightclubs and waterfront bars, where local Kenyans and foreign tourists come to drink and women sell their bodies for money and alcohol.

Dressed like all the other prostitutes, Grace inconspicuously slips back into her old life: She sits at a table, sips a glass of beer and holds an unlit cigarette in her hand - an invitation for men to come and offer her a light.

But the former prostitute, a softly-spoken woman in her late thirties, is no longer looking for paid sex. She is scanning the room for children, the under-age strippers performing to the hungry gazes of the audience, boys disappearing into the night with men, girls accepting drinks to be repaid with 'favors' from foreigners.

Grace waits until the children and teenagers return from the night to the club, then draws them aside to talk to them. This year alone, Grace has rescued twenty children from prostitution. The youngest was 12.

Some of the children live on the streets; others rent small rooms and stay together, leaving at night to work. “And then, you have those who are kept by pimps”, Grace says. They are the hardest to talk to, watched by their pimps who often keep most of the money they earn. 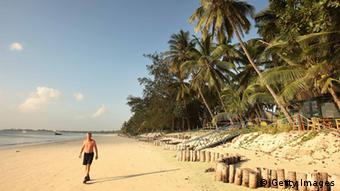 The majority of tourists in Kenya are from Germany, Italy and the US

“None of them wants to do whatever they are doing”, Grace says. The children sell themselves because they have lost their parents and need to feed their younger siblings, she says.

From poverty to prostitution

Grace knows all too well this grinding poverty that drives a child into a nightclub. Her unmarried mother struggled to feed her family, let alone pay for Grace's school fees. If Grace is asked about her life as a prostitute, she retreats into herself. “I don't want to talk about that time”, she says quietly.

She was saved from prostitution in 2003 by an organization set up by a German nun in the 1980s, called Solidarity with Women in Distress. They helped Grace train as a human rights activists and she now works for the NGO as a program coordinator – her day job.

But for every child she saves, there are many more to take its place. In the summer months, when tourists – local and foreign – flood the coastline with its white beaches and palm trees, local children as well as girls and boys from the interior make their way to the coast. In the summer months, there may be as many as 200 child prostitutes in Mombasa alone, Grace says.

“They are promised that they will find work somewhere in the hotels. And then when they reach here, they are not taken to any hotel”, says Eric Mugaisi. He is the district child officer for Malindi, another town popular with tourists on Kenya's long, winding coastline.

Eric makes impromptu visits to hotels and coordinates a task force whenever he receives calls from teachers, village chiefs and concerned residents, who report children who have gone missing. Most of the calls nowadays are about underage marriages, he says, rather than prostitution.

The situation has improved since 2006, Eric says. Back in 2006, a UNICEF report made headlines, which claimed that up to a third of all children in the coastal areas were to some extent involved in prostitution, often with foreign tourists. In response, the government launched a national action plan, including local child protection centers, cash transfer programs for vulnerable children and community outreach programs.

More cases end up in court

The report claimed that, in some cases, hotel staff and taxi drivers were involved in the prostitution which often took place in hotels. In 2007, the hotel industry signed up to a code of conduct. It forbids any tourist from entering a hotel with a child.

Ask Sam Ikwaye from the Kenya Association of Hotel Keepers and Caterers whether child prostitution may still be taking place in Kenya's hotels – and he bristles. He is worried that Kenya's image as a family-friendly holiday destination has been dented by sensationalist reporting. “I can guarantee you that it's not happening in the mainstream hotels, because of the code of conduct and the self-regulation mechanisms that have been put in place!” 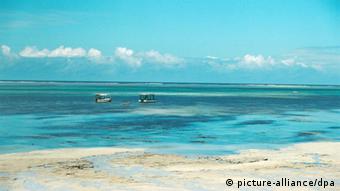 More cases are being tried, too, according to Rose Atieno, the national coordinator of End Child Prostitution in Kenya (ECPK), an umbrella organization of various NGOs. “People are now being arrested and charged in court for offenses they commit against children”, she says. In 2009 ECPK commissioned a study which found that up to 50.000 children were involved in prostitution in Kenya, the perpetrators were often Kenyans, and in the high seasons tourists from Germany, the UK and the United States.

Prostitution is happening in private homes

Eric Mugaisi, the child officer, agrees that the number of cases of child prostitution taking place in hotels has fallen. But he is worried that the abuse may be continuing. “Prostitution could be happening in private homes or villas”, he says. Unless there is clear evidence that abuse is taking place, he cannot search the premises. “Someone could take you to court for trespassing or interfering in their privacy. That's where the challenge lies at the moment.”

It is a challenge that keeps Grace awake and pacing the bars at night. She knows of cases of girls being smuggled into private homes, often owned by wealthy Kenyans, including politicians and businessmen, and small, unregistered hotels and bungalows. Grace is convinced the numbers are rising. But there is little she can do, she says: “Can you imagine going knock, knock on someone's villa? They will chase you away!”

'They shouldn't face what you faced'

Chase her away – or worse. Grace has received threats before, from hotel owners and security staff. She says she is not safe, anything could happen to her. An angry bar owner or pimp might drug her, she says, or even kill her if he finds out what she is doing.

She is also concerned for her own three children. She had her first child when she was thirteen, still a child. Her oldest daughter is also working as a human rights activist. Grace says this with the pride of a mother who made big sacrifices, hoping that her children would have a better life.

But despite her constant fear, she continues with her nightly work, for which she is not paid. Often, she wakes up in the morning, tired and close to despair. “I wake up and say to myself: I am going to resign, I am going to leave everything and go back to the village.”

But she doesn't. “Something comes to my heart and says: do something for these children, they should not face what you have faced.”

Unlike Grace, few manage to claw their way out of prostitution and back into self-respect. “Do you know what happens to these girls?" Grace asks. The girls – and boys – are destroyed, she says. Many end up addicted to drugs, or as drunkards, traumatized for life.

The third World Congress Against the Sexual Exploitation of Children has kicked off in Rio de Janeiro. Participants say much more needs to be done to protect young people around the world from being abused. (25.11.2008)

Working hard from dawn to midnight

More than 215 million children worldwide are forced to work in order to survive. This year's international day against child labour is focusing on their plight. The situation is particularly bad in Burkina Faso. (19.06.2012)

Up to 13 children go missing in India every hour. Many end up as slaves, trafficked for forced labor or forced to work in the sex industry. Delhi, the national capital, is now India's undisputed kidnapping capital. (01.02.2012)