Roman Abramovich is suing a British journalist for libel over a book about KGB influence in modern Russia which claims the billionaire was acting as "Putin's cashier" when he bought Chelsea. 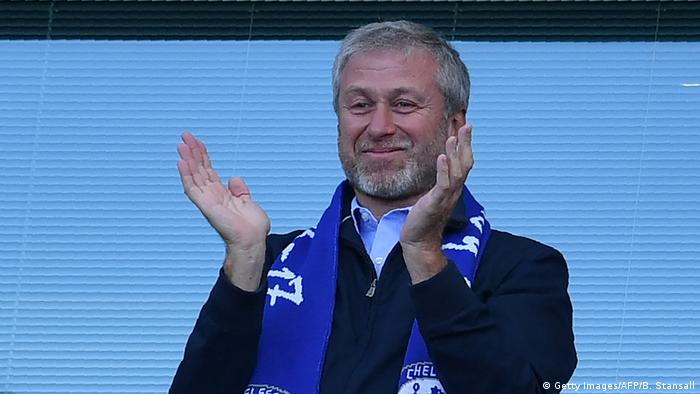 Chelsea owner, Roman Abramovich, is suing a British journalist and her book publisher for libel

Lawyers for Russian billionaire Roman Abramovich claimed he did not buy top-flight English team Chelsea Football Club "to corrupt the West" at a court case being heard at Englandꞌs High Court on Wednesday.

Putinꞌs People: How the KGB Took Back Russia and then Took on the West, written by British journalist Catherine Belton looks at Vladimir Putin and how the former head of the Soviet KGB rose to become Russian president.

Both Abramovich and Russian energy company Rosneft are suing Belton and the bookꞌs publisher HarperCollins for some of its statements.

What did lawyers think was defamatory?

"The claimant [Abramovich] is described in the book as Putin's cashier and the custodian of Kremlin slush funds," Roman Abramovichꞌs lawyer Hugh Tomlinson told the High Court.

The two-day case will try to establish what an ordinary person reading the book would think of its words before a possible defamation case.

"The ordinary and reasonable reader would inevitably come out with the view that Roman Abramovich was instructed to buy Chelsea... so he was being used as the acceptable face of a corrupt and dangerous regime," Tomlinson said.

Lawyers working for Russian oil giant Rosneft said passages in the book could be seen to allege that the company "expropriated" the assets of the company it replaced, YUKOS, at what it describes as "a farcically rigged auction."

What do the bookꞌs lawyers say?

HarperCollinsꞌ lawyer Andrew Caldecott said that Abramovich was pushed into bowing to the demands of Putin at the Kremlin or face ruin.

"Mr Abramovich's wealth was, to a substantial extent, on call when requested," Caldecott said.

He said Belton, a former Financial Times Moscow reporter now working with Reuters, did not give a conclusive judgment but offered different points of view instead.

Two other Russians who had also been suing the book publishers have since reached agreements with HarperCollins to make apologies and remove mention of them from the book.

Intelligence agencies have - according to the Panama Papers - set up shell companies to hide and finance their activities. It’s the dark side of covert operations, says DW’s Alexander Andreev.