Chechen rebel leader and Russia's most wanted terrorist, Doku Umarov, has ordered his followers to sabotage the upcoming Winter Olympics in Sochi with whatever it takes, including attacks on civilian targets. 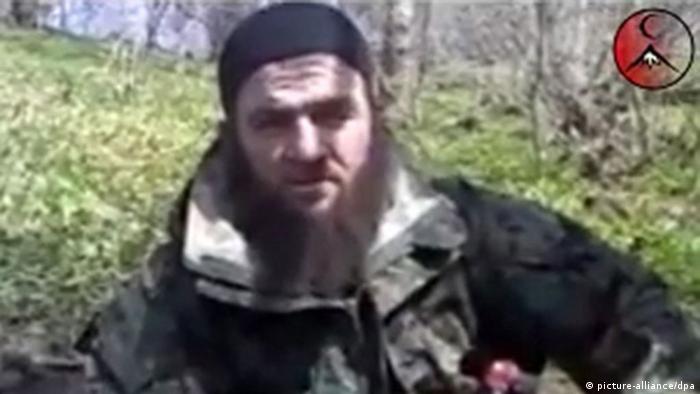 The Winter Olympics in Sochi kick off on February 7, but there are already serious concerns that they will be the target of attacks. Fears have grown since two recent attacks in the Russian city of Volgograd which left 34 people dead, and especially after Russia's public enemy number one, Doku Umarov, said he was prepared to use "maximum force" to prevent President Vladimir Putin from holding the event. In a July 2013 video message, Umarov had already called on his followers to use "any methods allowed by the almighty Allah" to sabotage the games.

"According to [Umarov], Allah also allows terrorist activities," said Uwe Halbach, a researcher at the German Institute for International and Security Affairs (SWP) focusing on political developments in the Caucasus region.

"When Umarov gives an order, as he did one and a half years ago, not to attack civilian targets, then most of the terror cells follow his lead," Gerhard Mangott, a political science professor at the University of Innsbruck, told DW. 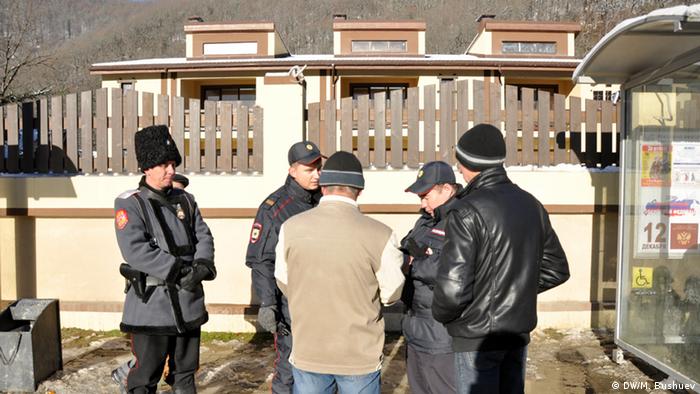 Russian authorities have stepped up security measures ahead of the Games

"So when he says, as he did a couple of months ago, that the Olympics are being held 'on the bones of our ancestors,' as he put it, and therefore civilian targets should again be attacked, then that is something terror cells will comply with," Mangott explained.

The threat is indeed a real one, especially since Umarov, dubbed "Russia's bin Laden", has been responsible for some high-profile attacks in the past.

Umarov carried out multiple attacks from 2009 to 2011. His militants have been blamed for bombing Moscow's Domodedovo airport, two subway stations and a Russian train, among others.

In February 2012, Umarov ordered an end to the attacks. Later, though, in July 2013, he publicly explained this to have been a mistake since the Kremlin took this "as a sign of weakness instead of goodwill."

It hasn't been confirmed whether Umarov was indeed behind the recent attacks in Volgograd because no group has taken responsibility.

"There hasn't been a written claim of responsibility on the websites of the North Caucasian Islamist resistance, either," Mangott stated.

"However, judging by the type of terror attacks and by the explosives used, it's safe to say that they were the act of Umarov-inspired Islamists," he added, although it is unclear whether they were acting on his direct orders.

Umarov will stop at nothing to reach his goal of establishing an independent Islamist state in the Caucasus region. That is why he is trying to drive Russia out of the region. In 2007, he declared himself "Emir of the new Caucasus Emirate" and he has been an ideological and military leader of the Islamist resistance ever since.

"He is an iconic figure who is recognized and accepted by all local [terror] cells operating in the North Caucasus region," Mangott said.

"Umarov draws on a long tradition of Islamist-led, anti-colonial resistance from the 19th century," SWP's Halbach told DW. "That was the most prolonged resistance against Russia's colonial rule. So, in that regard, it's a very prominent historic role model." 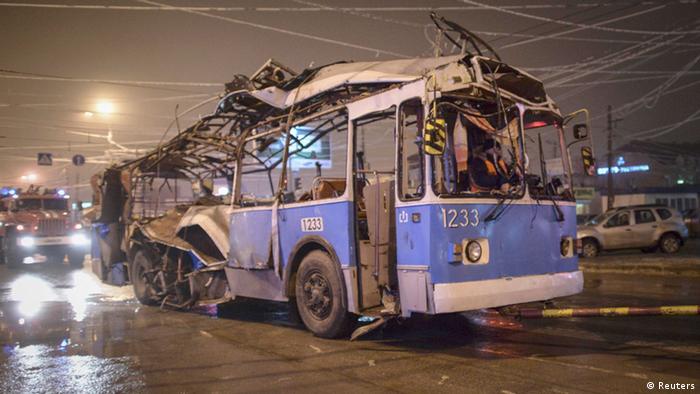 Suicide bombers attacked this bus, killing 14 in a second blast in Volgograd in December 2013

Just a few facts are known about Umarov's upbringing: He was born on April 13, 1964 in the southern Chechen village of Kharshenoi. His family is said to have been part of Chechnya's intelligentsia. He earned an engineering degree from the state-run Grozny Oil Institute.

Umarov is said to have joined the ranks of a distant relative who was a warlord. Umarov received military training and fought Russia in the first post-Soviet Chechen war in 1994. More than a decade later, in 2006, he then advanced to become the rebels' leader.

"Back then, he was basically still a Chechen nationalist aiming for Chechnya's independence, but within a very short time span of one and a half years, Umarov went through a radical transformation and became an Islamist fighter who was not only interested in Chechnya, but who wanted to separate all of the Muslim North Caucasus from Russia to establish a new Caucasus emirate," Mangott said.

During the 18-month ceasefire, Umarov was somewhat forgotten. Russian authorities repeatedly declared him dead. Observers say that now, with the truce over, Umarov needs to prove himself capable of leading the Islamist resistance - and the Olympics in Sochi are ideal for his purpose.

"With all the international attention [on the Games], Umarov is expected to carry out important symbolic acts that will hurt Russia," Mangott said.

This is what makes Umarov so dangerous, and explains why Moscow has him at the top of its most-wanted list.