Till Reuter, CEO of German industrial robotics firm Kuka for the last 10 years, will step down next month. The surprise move suggests big changes are afoot at the high-tech manufacturer, in Chinese hands since 2016. 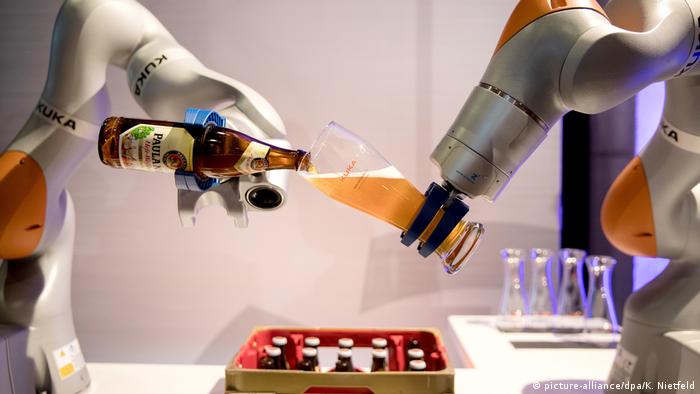 When the Chinese home appliance maker Midea took over German "Industry 4.0" darling Kuka in 2016, business angst in Europe's economic powerhouse was palpable. The fox was not just in the henhouse — the door had simply been opened to him, many German opponents of the €4.5 billion ($5.3 billion) takeover suggested.

As a cutting-edge German robotics firm, Kuka was precisely the kind of high-end European manufacturing company that many felt should not be sold off to the Chinese and their growing ambitions in the world of automation.

Teutonic teeth were gnashed all the way to the top of German government, but despite calls to intervene, Chancellor Angela Merkel did not do so and the takeover went through serenely. Kuka is now effectively a Chinese company.

Kuka's new owners were at pains to point out that they did not want to cut jobs at the company's Augsburg base, and that they would be hands-off in their management approach.

However, Monday's news that Kuka CEO Till Reuter is to step down in December 2018, several years earlier than expected, suggests that the pace of change at the company is going to increase significantly in 2019.

One flew out of the Kuka nest

Reuter said in 2017 that Kuka's biggest goal was to become "number one in China," an industrial market with arguably the biggest robotics potential.

Having extended his contract as CEO last year to stay until 2022, and with a successful decade in charge already behind him, there were few public indications that Reuter would be going anywhere.

However, Kuka has had its problems over the past two years. Growth has been sluggish and a fall in orders led the company, which employs more than 14,000 people across its multiple divisions, to downgrade its 2018 sales forecast from €3.5 billion to €3.3 billion. The value of Kuka shares has fallen by more than 50 percent in the last year.

While weaker growth in Asia was blamed by the company for the lull, analysts have cited other issues.

One insider from the 2016 takeover told the Handelsblatt newspaper last year that Midea may have overstretched itself with the purchase. Kuka itself has acknowledged "capacity constraints" on certain projects in China and delays on those projects, along with existing struggles to meet high levels of demand quickly enough, have put the company under pressure.

Sky no longer the limit for Reuter

According to a report in the Financial Times, Reuter has increasingly come into conflict with Andy Gu, chairman of the supervisory board from Midea, over Kuka's strategy in China. Reuter had been keen to stay on, but his departure is a clear reflection of the fact that the company is now firmly in Chinese hands. 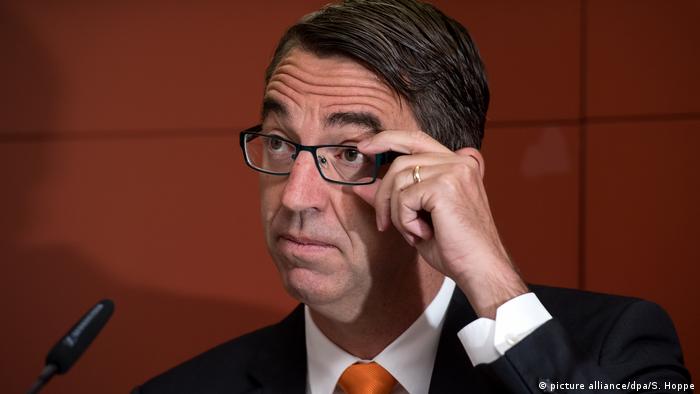 Till Reuter has headed Kuka since 2009

How Midea handles the succession process will be closely watched in Augsburg, and indeed, in the Chancellery in Berlin. With sensitivities over Kuka already keenly felt after the controversial takeover in 2016, a China-centric appointment to replace Reuter will likely confirm the worst fears that critics of the deal in Germany had.

That was that the sale of such an innovative company to China was effectively a loss of intellectual property and high-tech know-how into Chinese hands and heads, something which would make German ambitions to become a world-leader in so-called Industry 4.0 innovation all the more challenging.

Speaking to Deutsche Welle, Zhang WeiWei, an economist at Shanghai's Fudan University and an influential voice in Chinese government circles, said European countries should not be concerned by Chinese investment such as that which has taken place at Kuka.

"I don't know this case but China is a strategic area for European companies. it is the world's largest consumer market and the sky is the limit," he said.

No details are yet known on who Reuter's long-term successor will be, but it is confirmed that Peter Mohnen, the finance chief at the company, will take over as CEO until a long-term replacement is found.

The growth potential for Kuka in China is big. Within a few years, the country is expected to account for more than 40 percent of all industrial robot sales and automation is a big part of the country's economic strategy. Kuka already holds a considerable slice of the Chinese market and even though his tenure has ended abruptly, Reuter deserves plenty of the credit for that. 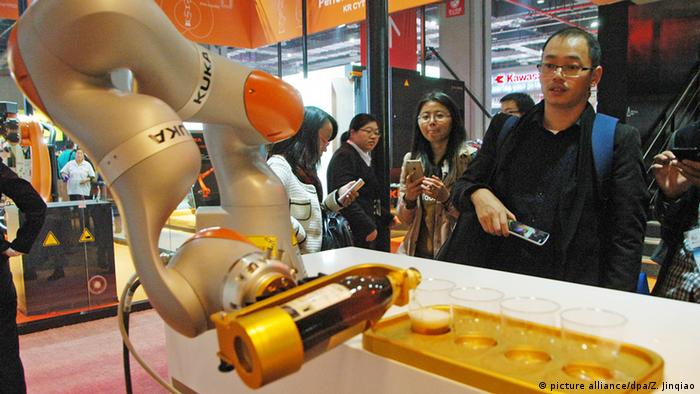 Kuka is regarded as a world leader in robotics

Long before Midea's investment, Kuka was targeting China. CEO of Kuka since 2009, Reuter was in charge when the company opened its first Chinese plant in 2013. Last year, he pointed out in an interview that in six years under his watch, Kuka's Chinese revenue stream had increased tenfold to €500m.

"I am proud to have been part of KUKA for the last ten years and pushed robotics forward together with the team. Robotics and automation are the key topics of the future. I wish you all the best for the future," he said in a statement.

Gu thanked Reuter profusely in his own statement, suggesting that the break was not entirely acrimonious. "Kuka is now well-positioned to re-enter a path of sustainable growth, benefiting from the increasing demand in intelligent robotics and by strengthening the position in the Chinese market," he said.

Reuter's departure evidently spells a change of direction for the company, which was founded as a house and street light enterprise in Augsburg in 1898. Its staff in that city, as well as those in Germany and Europe who had reservations about the deal from the start, will be watching the next moves very closely.