A few weeks ago people were questioning whether the "Schulz effect" had run its course. The latest polls show the the former EU parliamentary president and the chancellor are closer than ever. 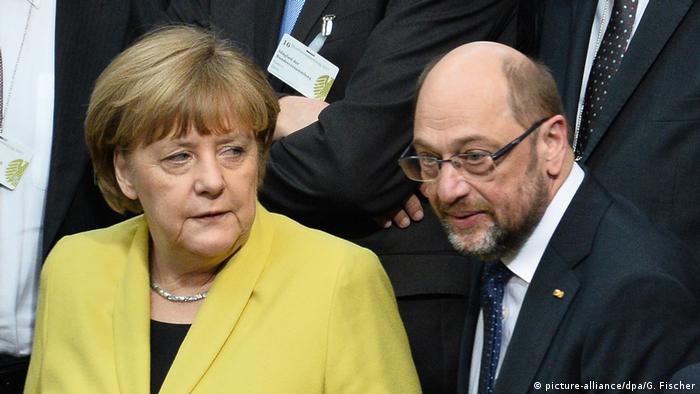 While Germany prepares to fend off social bots in its upcoming election, Social Democrat candidate Martin Schulz is reaping the rewards of social media as a meme.

SPD candidate Martin Schulz has proposed a roll-back of the signature labor reforms introduced by the last SPD chancellor, Gerhard Schröder. The move "opens the window wider" for a center-left coalition, some say. (20.02.2017)

In the poll for broadcaster ZDF, the SPD gained two percentage points to reach a result of 32 percent of respondents saying they would vote for candidate Schulz. It was the party's best showing in five years.

Merkel's CDU remained steady at 34 percent in the poll of 1,212 people carried out from March 7 to March 9.

A poll for public broadcaster ARD found Chancellor Angela Merkel's approval rating hit its highest point since her 2015 decision to open the country's borders to refugees.

According to the monthly "Deutschlandtrend" survey published on Thursday the CDU leader gained five percentage points to reach a 60 percent approval rating.

The pollsters found the CDU would win 32 percent of the vote, down two percentage points, while the SPD would win 31 percent, up three points. The Left and Greens remained at 8 percent, the FDP remained at 6 percent and the populist AfD dropped a point to 11.

Schulz has enjoyed a groundswell of support since he announced his candidacy, breathing new life into the ailing SPD.

In February the same "Forschungsgruppe Wahlen" for ZDF poll found 49 percent of Germans wanted Schulz, the former European Parliament president, to become chancellor compared with 38 percent who wanted Merkel to stay in office.

But six months ahead of the September federal elections the two candidates are neck-and-neck in the personal popularity stakes, with both achieving 44 percent support. 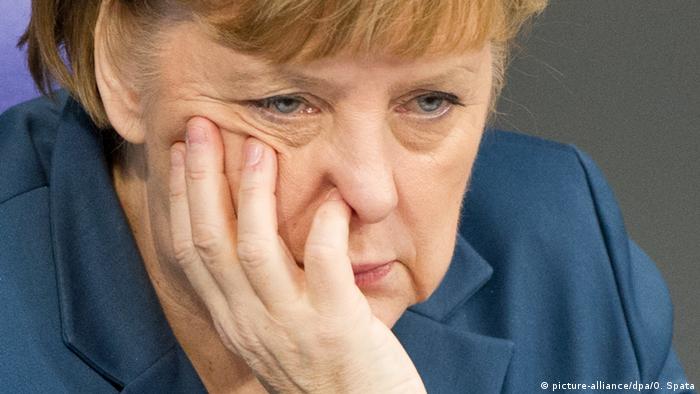 Chancellor Angela Merkel is standing for a third time

For years the SPD lagged behind the conservatives, but recently surged under the new leadership of Schulz. He campaigned on social justice and revising deeply unpopular labor market reforms that were introduced by former SPD chancellor Gerhard Schröder more than a decade ago.

The popular Schulz, previously president of the European Parliament, set out a new and significantly more left-wing agenda in February that would roll back some of the Schröder's reforms collectively called "Agenda 2010."

In February backing for the center-left Schulz briefly dropped, prompting some to question whether the "Schulz effect" was over.