A number of migrants from Central America have died after the truck they were traveling in swerved off the highway in southern Mexico. Migrants regularly use the route on the way to the USA. 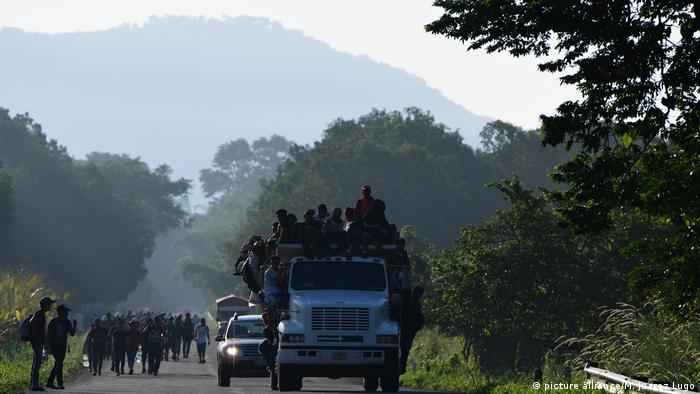 At least 25 migrants from Central America were killed and some 30 injured on Thursday evening when the truck transporting them left the highway in southern Mexico and overturned, officials said.

It was not clear how many people were on board the lorry when it crashed.

The accident occurred some 41 kilometers (25 miles) northeast of Tuxtla-Gutierrez, the capital of the state of Chiapas.

The route through Chiapas is often used by migrants from the impoverished countries of Guatemala, El Salvador and Honduras who are traveling north toward the USA. The trucks they travel on, which are sometimes provided by people traffickers, are frequently overcrowded and unsanitary.

Thousands of migrants have crossed into Mexico en route to the US in recent months, despite US President Donald Trump vowing to refuse them entry.

Germany announces tightening of coronavirus restrictions until Christmas 4m ago