Bernhard Schueth's marriage collapsed, but he found love again. It cost him his job. The Catholic church where he worked fired him on ethical grounds in 1997. The European Court of Human Rights has ruled this was unfair. 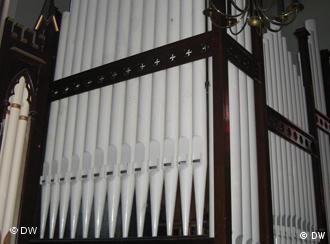 Schueth hopes he can get back to his old job now

The European Court of Human Rights in Strasbourg ruled on Thursday in favor of church musician Bernhard Schueth in his case against Germany and, by extension, the Catholic Church.

When the Sankt Lambertus church in the western German city of Essen learned that Schueth had found another lover after his marriage fell apart, and that she was expecting a child by him, the parish deacon decided to dismiss him. After 14 years playing the organ there, Schueth left the pipes behind in April 1997.

Like almost all Catholic church employees in Germany, he had pledged to uphold the values of the religion - and was judged to be in breach of contract.

"Sure, I signed that," Schueth said. "Newly-weds always think their marriages will last, and we did everything we could to make it work, but our marriage eventually failed."

"I was born human, a sexual being, a man. You can't negotiate that in a contract. Your sexuality is part of your humanity, it's simply non-negotiable."

The organ player ultimately lost a protracted legal battle that went all the way to the German Constitutional Court. He then turned to the EU's highest court for one final appeal - which he won. 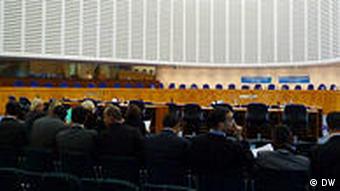 "The Court found that the German labor courts had failed to weigh Mr. Schueth's rights against those of the church employer in a manner compatible with the (European Convention on Human Rights)," the Strasbourg-based organization explained in a statement.

The case involved a "collision of opposing rights," according to Professor Stefan Muckel, an expert on church law at the University of Cologne.

People have the right to have their privacy and their family lives respected, but under German law religious institutions also have the right to make personnel decisions according to the ethical values of their faith, even if these choices are not compatible with standard labor laws.

"German and European courts accept both these principles, and have to weight them against each other on a case-by-case basis," Professor Muckel told Deutsche Welle, adding that he does not expect this individual case to lead to any major changes in German law. "According to the information released by the court in Strasbourg, it seems that the German legal system failed to pay sufficient attention to Mr. Schueth's rights in this case."

As if to prove Muckel's point, the Strasbourg court also rejected a similar case of wrongful dismissal on Thursday. A former senior member of the Mormon Church in Germany, Michael Obst, was sacked for having an extra-marital affair, a decision that the European court deemed to be correct.

A number of mitigating factors helped Schueth's case, the court said: he had kept his new relationship secret, he never remarried, he never took his case to the media or sought to embarrass his local church, and - as an organ player - he had few other career paths open to him. 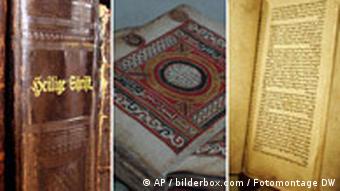 In some cases, religious texts can trump German labor laws

"These laws really need to be limited to key personnel," Rudolf Ladwig from the German office of the International League for Non-religious and Atheists told Deutsche Welle. "Obviously, a preacher can't go to the pulpit and say he values the teachings of Buddha over those of Jesus Christ - then he's not speaking in the Church's name."

"But someone like this, an organist, a musician? His private life is not relevant to the Church's message, even if he does play the hymns."

A chance to settle

Schueth emphasized shortly before the hearing in Strasbourg that he considered this a case against the German legal system, which he felt had failed to protect his right to have a relationship.

"I am not fighting against the church, I really hope people understand this," Schueth said. "Instead, I am fighting against the German federal government, which I feel has failed to protect fundamental rights - in my case and perhaps in other, similar ones - that it normally would uphold for all its citizens."

The court said on Thursday that it was not ready to decide on a settlement in the case of Mr. Schueth, and gave both parties three months to reach an amicable agreement in private.

Bernhard Schueth currently plays the organ for a Protestant church on a part-time basis; as a registered Catholic he is ineligible for full time employment with the Protestant Church. He said this week that his dream settlement - the one he has dreamt of since 1997 - would be permission to return to his old job.

"In a sense, my fourth child is in the Sankt Lambertus church," he said. "I am blessed with three wonderful and healthy daughters, but that church houses the organ which I love, and which I helped to build. I often attend concerts just to listen to it, but I really want to play it again."

The state monopoly on gambling in Germany is 'unjustifiable' and must be broken up at once, the European Union's top court ruled on Wednesday. The court said the gambling laws were being applied inconsistently. (08.09.2010)

Germany's Federal Labor Court has cancelled an earlier court ruling that upheld the firing of a cashier who pocketed coupons worth 1.30 euros. The woman, known in the media as "Emmely," can return to her supermarket job. (10.06.2010)