German Catholic Church to crack down on sexual abuse | Germany | News and in-depth reporting from Berlin and beyond | DW | 31.08.2010

Any suspicion of the mistreatment of children by church officials will in future be reported to prosecutors immediately, according to new guidelines presented by Germany's Catholic bishops on Tuesday. 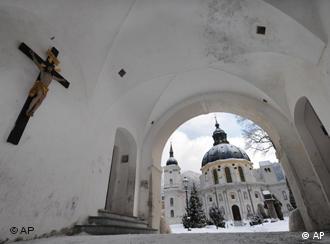 The Church hopes that improved transparency will help restore trust

The Roman Catholic Church in Germany on Tuesday unveiled a new set of guidelines for dealing with cases of sexual abuse within the church.

All future allegations of abuse at the hands of church officials are to be reported to state prosecutors, which was not the case under the previous policy. Rules have been extended to include not just clergy but all staff working for the church.

"The shocking revelations and experience of recent months has shown us that the guidelines of 2002 were not precise enough in every area", said Stephan Ackermann, the Bishop of Trier, at a press conference to present the new rules.

The German Bishops' Conference gave Ackermann the responsibility for re-drawing the guidelines in February, after allegations of mistreatment at an elite Jesuit school in Berlin. Further cases of mistreatment in Germany and across Europe have caused severe damage to the Catholic Church.

The new 55-point regulations are to replace 16-point guidelines from 2002, and take effect on Wednesday, September 1. They were approved by the bishops' permanent council at a meeting in Wuerzburg last week. 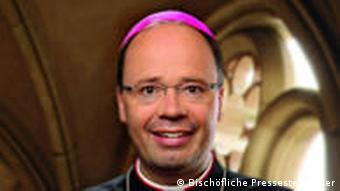 "It was important for us bishops to make sure that the new guidelines prevent cases of sexual abuse being covered up," Ackermann said in the western city of Trier.

He emphasized the importance of balancing prosecutors' investigations with support for victims. Anyone who alleges abuse can ask for their case not to be reported.

The new guidelines call for each diocese to appoint a delegate who is not part of its leadership as a first point of contact for victims. A central advisory board including sexual abuse experts will also be established.

In addition to providing instruction on how to deal with cases, the regulations look to prevent further instances of molestation. Anyone who has committed abuse in the past will be prevented from working with young people. Unlike the 2002 rules, any member of church staff coming into contact with minors will need to show an extended criminal record clearance certificate.

The issue of compensation for victims was not included in the guidelines, with the bishops' association pointing out that it came under the remit of the round table forum on child abuse organized by the German government. 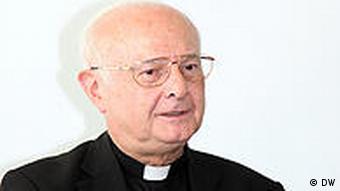 The German church reform movement has criticized the regulations as not strong enough.

"Pope Benedict said there should be a zero-tolerance policy against pedophile criminals and at the moment I can't see this line being followed by the German bishops conference," spokesperson Christian Weisner told Deutsche Welle.

Weisner criticized the church for still allowing those suspected of abuse to continue working as priests, although not coming into contact with children, and queried the roles of the councilling officers employed to speak to abuse victims.

"I think they are not independent enough, there can be a conflict that they try not to cooperate with state authorities," Weisner said.

Accusations of abuse have been made in 20 of Germany's 27 dioceses. Prominent Augsburg bishop Walter Mixa resigned in April after admitting striking a child decades ago. Germany's senior Catholic bishop, Robert Zollitsch, admitted in July that he had not been strong enough in dealing with a priest alleged to have abused young boys.

The Vatican has updated its internal rules regarding sexual abuse cases involving Catholic priests. The new rules extend the Vatican's statute of limitations and expedite the process for defrocking pedophile priests. (15.07.2010)

Germany's top Catholic bishop is to face charges of aiding and abetting sexual abuse. The accusations are in connection with the hiring of a priest alleged to have been a sex offender in the 1980s. (02.06.2010)

Pope Benedict XVI on Saturday accepted the resignation of German bishop Walter Mixa who has been accused of hitting children. It's the latest in a string of Catholic officials forced to quit over an abuse scandal. (08.05.2010)