Barcelona's mayor, Ada Colau, and Catalonia's head of foreign affairs, Raul Romeva, have called on the European Union to help resolve the conflict in the region. Both have blamed Madrid for worsening the situation. 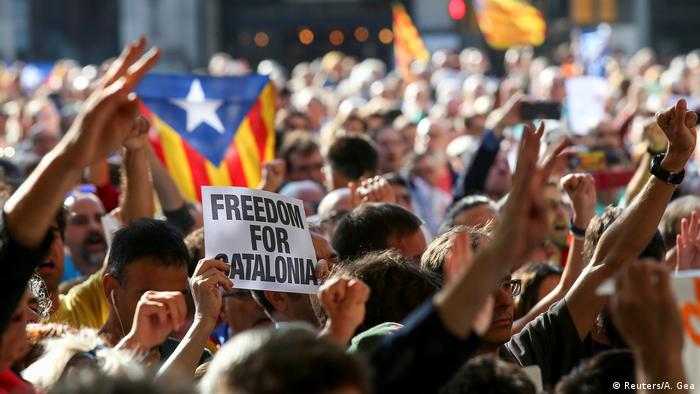 "The Catalan question has become Europe's most serious territorial crisis in recent years," Ada Colau, mayor of the Catalan capital of Barcelona, wrote in an editorial published in the Thursday edition of The Guardian newspaper.

"Given the seriousness of the situation in Catalonia… it is my obligation as mayor of its capital, Barcelona, to call on the European Commission to open space for mediation between the Spanish and Catalan governments to find a negotiated and democratic solution to the conflict," she continued. 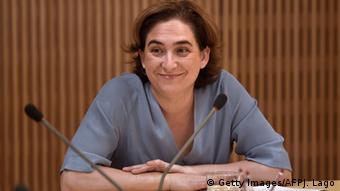 "At a time when the European project finds itself threatened by terrorism and an upsurge of xenophobic populism and isolationist policies in national states, Europe cannot allow itself to adopt a passive position over the Catalan question, seeing that the events going on in Barcelona are affecting Paris, Madrid, Brussels and Berlin alike."

"Democracy in Spain decays day by day. Spain is a member of the EU, so the European Commission can no longer argue that it is an internal affair," Romeva said.

"They need to defend the agreement with the European Union and need to advocate for the common good for Catalan citizens, who are also EU citizens."

Read more: What you need to know about Catalonia's independence bid

Catalonia is scheduled to have a referendum on October 1 on whether to secede from Spain. The country's Constitutional Court deemed the referendum illegal earlier this month and the Spanish government has gone to great lengths to prevent the vote from taking place, including threatening hundreds of regional mayors with arrest.

"If somebody believes that pretending, and I say pretending, to stop the referendum on October 1 will simply silence the democratic will of the Catalan society, I have to say that he's wrong, totally wrong," Romeva said.

Spanish Prime Minister Mariano Rajoy vowed to block the referendum, calling on the mayors to not "participate in an illegal referendum." In her editorial, Calou blamed on Rajoy for escalating the conflict.

"You do not need to share the Catalan regional government's roadmap to realize that the main party responsible for worsening the situation has been the intransigent government of Spain's prime minister, Mariano Rajoy," Colau wrote.

The Catalonian government approved the Declaration of the Initiation of the Process of Independence in Catalonia in 2015. Calou said the Spanish state has been "witnessing a judicialization of politics ever since," which involved disqualifying Artur Mas, the former president of Catalonia, and two of his aides from politics for going ahead with the vote.

"By proving itself incapable of finding a solution during all this time, the Spanish government has allowed the Catalan conflict to escalate from an internal dispute to a European conflict," Colau said. 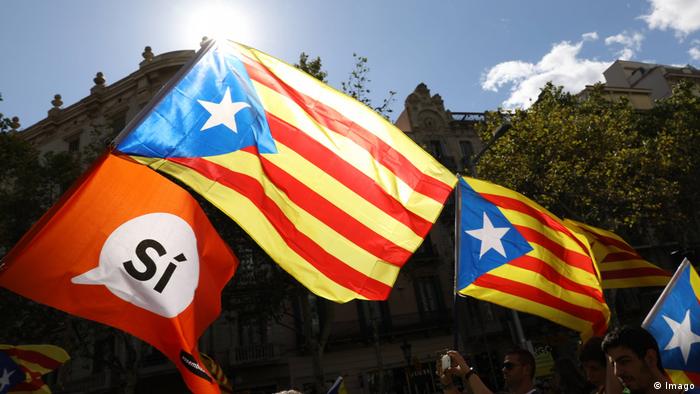 'Has to be resolved by political means'

As part of their efforts to stop the referendum, the Spanish government has blocked Catalan websites, seized pro-succession material and detained officials involved in the referendum.

Romeva accused the government of a "brutal crackdown," saying the measures taken by the Spanish government have "generated an unprecedented level of shock."

In her editorial, Colau wrote: "We are not just facing an institutional dispute but also a social and political conflict that clearly has to be resolved by political means."

According to a July poll, a minority of Catalans want independence, but a majority support an independence vote to settle the issue. More than two-thirds of the region's mayors have said they will violate orders from Madrid and allow the use of municipal buildings to facilitate the vote.

"Barcelona is a city of peace, a lover of dialogue and has a strong cosmopolitan and pro-European vocation – which is why the majority of its population wishes to vote," Colau said.

"It does not want a collision with unforeseen consequences. I am convinced most of our European partners do not want that either."