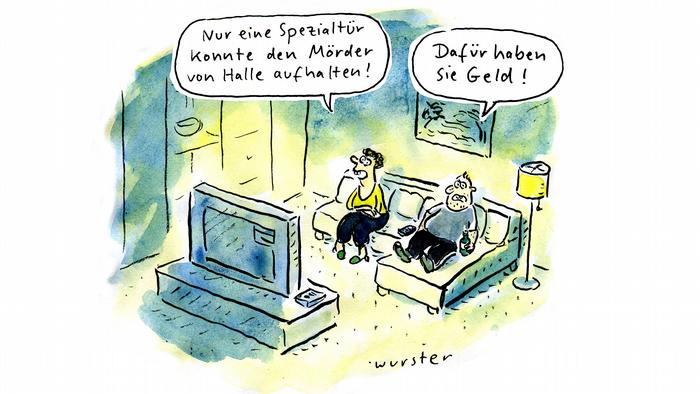 German cartoonist Miriam Wurster immediately picked up on the mood after the October 2019 far-right attack on a synagogue in the East German city of Halle.

Her cartoon shows a couple sitting on a couch in their living room, watching TV. Since a bloodbath was prevented in the crowded place of worship thanks to a massive wooden door, the woman says: "It took a special door to stop the murderer of Halle!" The man, beer bottle in hand, says: "They have money for things like that!"

Wurster's cartoon is just one of about 60 caricatures in a new book titled #Antisemitismus für Anfänger (#Anti-Semitism for Beginners).

Top illustrators from the legendary New Yorker magazine and from France, Germany and the Netherlands contributed to the unusual comic book that also features 17 satirical texts. 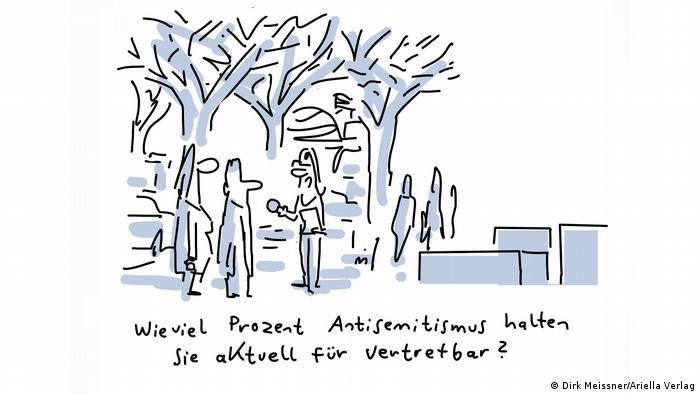 "What percentage of anti-Semitism is currently okay, do you think?" asks this reporter in Dirk Meissner's cartoon

In one of them, the journalist Alan Posener, born in London in 1949 the son of a British mother and a German Jewish father, describes the moment before he started school, when his mother tried to explain to him that his father was a German Jew. "My mother is moody, and this will fade, too," he remembers thinking. "I decided to simply ignore the matter. German Jew! Ridiculous."

Caricatures, cartoons and satire about Jews and other religions  have a long tradition — but these days, they can be dangerous.

In January 2015, 11 people at the editorial office of the French satirical magazine Charlie Hebdo were murdered by Islamists in revenge for cartoons about their religion.

Just last month, also in France, a teacher was murdered after he discussed the so-called Mohammed cartoons in class.

The cartoon anthology was published by a special publishing house, Ariella publishers. Founded in Germany in 2010 by New York-born journalist and writer Myriam Halberstam, it is the first Jewish children's book publishing house in Germany since the Shoa. Ariella won a German Publisher's award this yea 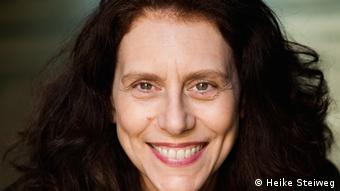 "From an idealistic point of view it was worth it because it added to Germany's book landscape, in particular for Jewish families," Halberstam told DW, adding that US books dominated that market, and that they are "predominantly orthodox and dogmatic."

The books she publishes have broadened the scope, from her own classic children's book, A Horse for Hanukkah, to reading material for young adults and adults.

Halberstam has meanwhile written about a dozen books for children and young adults as well as the very first children's Torah in modern German.

This is how normal Jewish life has become in Germany, the publisher said, adding that the books offer a "fresh, modern view of Judaism, which is a bonus for all Jews."

And as anti-Semitism is a very current issue, Halberstam followed that up this month with #Anti-Semitism for Beginners. The publisher warned of a growing inertia in the country, pointing out that Germany has "all these anti-Semitism commissioners but anti-Semitism is on the rise nonetheless." 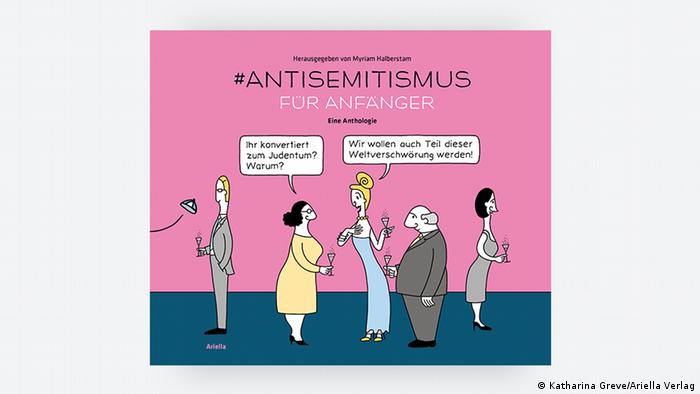 the cartoon on the cover of the book reads: "Why are you converting to Judaism?" " We, too, want to be a part of the global conspiracy!"

Coincidentally, one of the cartoons in the anthology lampoons just that: "The German government's anti-Semitism commissioner warns Jews not to wear a kippah in Muslim neighborhoods," reads the caption under award-winning cartoonist Mock's artwork. In the cartoon, a clearly Orthodox Jewish character in a neighborhood clearly frequented by Muslim immigrants hides his kippah under a huge sombrero.

Pride and defiance, sarcasm and wit: The anthology is a "successful symbiosis of Jewish and non-Jewish humor," Halberstam said.

The book is good for laughs and puts you in a good mood, the publisher said — "quite a feat, considering the subject."

The article was translated from German by Dagmar Breitenbach.

Leaving the ultra-Orthodox community for Germany 22.03.2022

In his autobiography, rabbi Akiva Weingarten talks about why he left the ultra-Orthodox community of Satmar Hasidic Jews and what Judaism means to him today.

What is affecting young Jewish creatives nowadays? How do they deal with the trauma of the Shoah? What does homeland mean? How do they define themselves - culturally and creatively? Four voices - one talk.