At least five people, including a 9-week-old baby, were killed in Trier after a car drove into a pedestrian zone in a "zigzag" pattern. Authorities said the driver, a 51-year-old man, has been arrested. 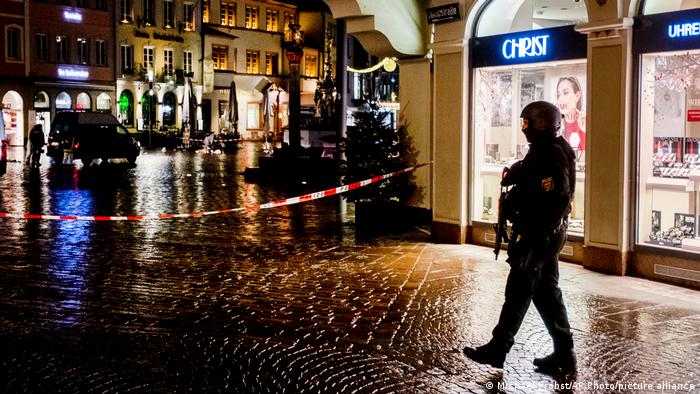 Five people died and more than a dozen others were injured in the western German city of Trier on Tuesday afternoon after being struck by a vehicle that tore through a pedestrian zone.

Authorities said the driver was a 51-year-old German man from the Trier area without a prior police record. He was arrested within minutes of the first call to police and the vehicle was seized.

Among the victims was a 9-week-old baby, whose mother is being treated in the hospital for injuries sustained during the incident. Police later told Germany's DPA news agency that a 45-year-old man killed in the incident was the baby's father. The family's 18-month-old son is in the hospital with injuries.

Police said the car was a Land Rover sports utility vehicle that the man had borrowed. He had no fixed address and appeared to have been living in the car in the days leading up to the attack. 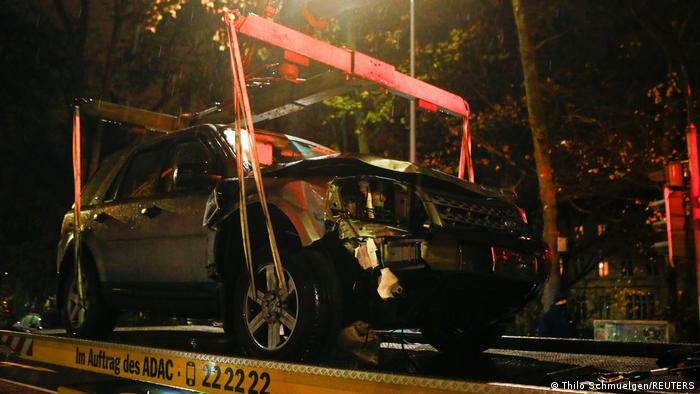 'No indication' of terror motive

It is currently unclear why the man drove the car through the pedestrian zone, however, investigators said the man did appear to intend to cause harm, as he drove "in a zigzag pattern" so as to strike people walking along.

Public prosecutor Peter Fritzen told reporters the man had a high blood alcohol content after a test was performed following his arrest.

He added the man could be suffering from mental illness and will undergo a psychiatric evaluation.

"We have no indication that there was any kind of a terrorist, political or religious motive that could have played a role,'' Fritzen said.

Authorities have urged the public to avoid spreading rumors about the incident, saying they would continue to provide information as the investigation progresses. 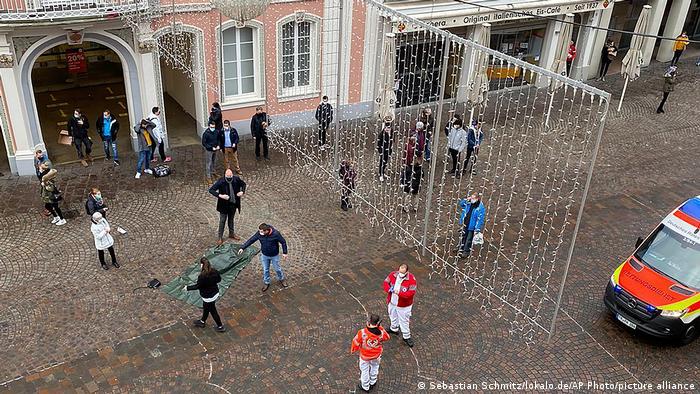 Witnesses described a frightening scene, as the car deliberately crashed through the shopping zone near the city's landmark Roman gate, Porta Nigra, hitting pedestrians along the way.

Trier Mayor Wolfram Leibe told a press conference earlier in the afternoon that it was "a dark day" for the city.

"I just walked through the city center and it was just horrible," the mayor said, fighting back tears.

Leibe said a memorial would be placed on Wednesday at the renowned Porta Nigra monument, so that people could express their solidarity with the victims and the city.

"What did these people do? They just wanted to go to the city, shop, and now they are dead,'' Leibe said.

The premier of Rhineland-Palatinate, Malu Dreyer, expressed shock about the events in Trier, her hometown, in what she called "a terrible day" for the city and the country.

"My deepest sympathy goes to the relatives of the dead. I wish all those injured a speedy recovery," said Dreyer.

The state's interior minister, Roger Lewentz, said the incident has "shaken all of Germany."

German Chancellor Angela Merkel expressed her sympathy and compassion towards the victims and their relatives.

"The news from Trier makes me very sad," she said in a statement posted on Twitter by spokesman Steffen Seibert.

"My sympathy goes out to the relatives of those whose lives were ended so abruptly and violently," Merkel said, adding that she those who were injured and affected by the incident were also in her thoughts.

Four people were taken to hospital following a knife attack in the western German city of Oberhausen. A police spokesperson said the incident appeared to be a "family dispute."