When angry Donald Trump supporters turned violent this week, many said it had been triggered mainly by social media hate speech. This has led to fresh calls for more restrictions in Germany too. 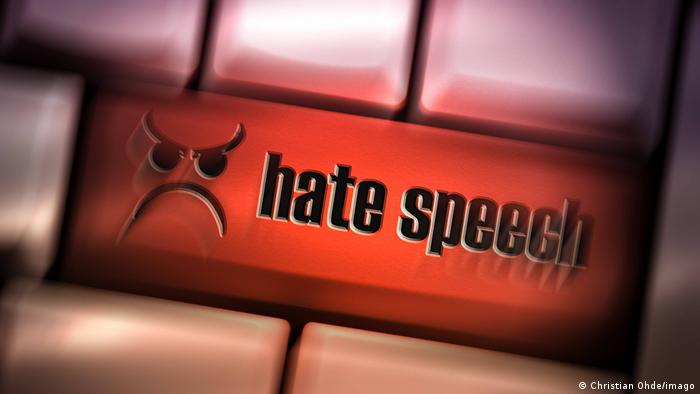 Numerous social networks this week imposed bans on US President Donald Trump, as his posts were seen to have instigated the violence at Capitol Hill. For many critics, these restrictions came four years too late.

As someone who has been on the receiving end of online abuse, including threats of physical attacks, Lindh believes Germany is "not doing enough" to rein in hate speech.

In Germany, the law to combat hate speech online was considered to be one of the most important proposals of the current legislature, following racist and anti-Semitic attacks in 2019 and 2020.

In June last year, the Bundestag approved the legislation that would ensure prosecution for those perpetrating hate or provoking it, online.

According to the draft legislation, social networks would be obliged to hand over the data of users who post threats or incite hatred, to the Federal Criminal Police Office (BKA).

"We must dry up the breeding ground where this extremism flourishes," Justice Minister Christine Lambrecht said at the time.

But data protection and privacy provisions in Germany's Basic Law led to German President Frank-Walter Steinmeier’s reluctance to sign off on the legislation.

The law, which had already been passed by Germany's two parliamentary chambers, was stopped in its tracks because of guidelines issued by the Constitutional Court. At the time, Steinmeier urged for the necessary changes to be "drafted and introduced as soon as possible."

At the heart of the dispute was a requirement for social networks such as Facebook and Twitter to report hate comments to police, who would then be able to access the data, such as the IP address, of the author.

Revisions to the legislation are to be debated by the Bundestag in a first reading next week and could be passed at the end of the month to allow Germany's upper house, the Bundesrat, to pass it in early February.

"The attack on Capitol Hill shows us again how powerful social media networks are," CDU parliamentarian Thorsten Frei told the Rheinische Post newspaper. Therefore it was a matter of urgency to enable police to investigate all channels and identify perpetrators.

Online hate speech should have no place in any democracy, warns Helge Lindh. "It's not, as the right-wing populists believe, an expression of democracy, it’s the opposite. It’s against minorities, it’s racist, it’s driven by prejudice. This is the main issue."

What happened in the US capital reminded Lindh of recent events in Berlin: First, far-right protesters stormed up the steps of the Reichstag building in August, following a demonstration against anti-coronavirus measures. Then the Bundestag was penetrated by a handful of far-right extremists in November while parliamentarians were discussing the new Infection Protection Law, expanding government powers in the wake of the coronavirus pandemic.

"We had a little 'Washington' in Berlin," Lindh remembers "Some protesters, some extremist people, who had been invited in by the AfD, this right-wing party, came to the Bundestag. That was basically an appetizer for events to come."

The US House committee presented new findings tying former President Donald Trump to the attack on the Capitol.