The Canadian government has approved a nationwide carbon price with most of the provinces. Only Saskatchewan and Manitoba did not agree, citing concerns the price hike would make Canadian firms less competitive. 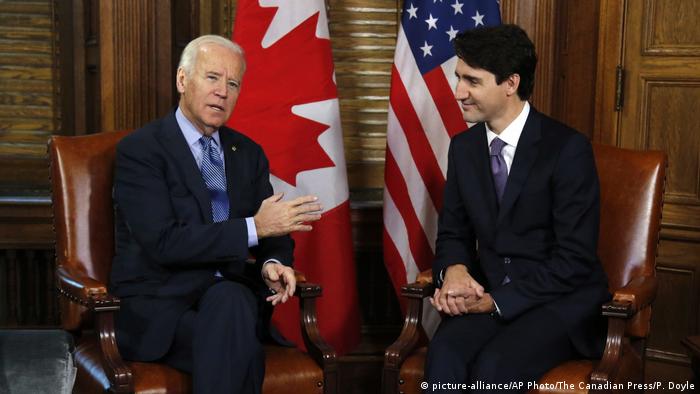 The Canadian government approved a national carbon price on Friday after a heated discussion.

In a meeting attended by provincial representatives, aboriginal leaders, and United States Vice President Joe Biden, Canadian Prime Minister Justin Trudeau pushed the carbon-pricing plan he had been working on for months. This comes as Trudeau is worried about the US potentially making plans against reducing carbon emissions under President-elect Donald Trump, who called global warming a "hoax." Trump will become US president on January 20, 2017.

"I understand that many of you are concerned about what the new administration will do. Whatever uncertainty exists around the near-term policy choices of the next president, I am absolutely confident the United States will continue making progress in its path to a low-carbon future," said Biden at the meeting in Ottawa.

Biden continued by saying there is not much Trump could do to "turn back the tide" on environmental policies in the US.

Out of the 10 provinces, only Saskatchewan and Manitoba did not sign the agreement. Saskatchewan Premier Brad Wall said the carbon price increase would make Canadian firms less competitive. "We compete with the Americans in our province for drilling rigs. Our farmers compete with their farmers. Competitiveness for Canadians matters especially at a time when our energy sector is reeling from low commodity prices," said Wall.

Manitoba Premier Brian Pallister did not sign as he wants more money for health care, but may sign on in the future.

Belgium has signed a controversial trade deal between the EU and Canada, two days after a Belgian region refused to endorse the pact. The signing summit - originally slated for Thursday - is now expected this weekend. (29.10.2016)

Barr: DOJ has found nothing that could impact election result 47m ago