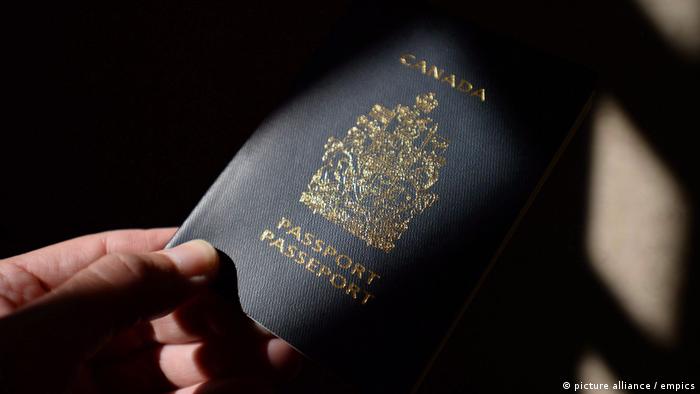 Canada's Supreme Court declined on Thursday to hear the appeal of an ex-Nazi death squad member to reinstate his Canadian citizenship, which was revoked after his wartime activities came to light.

Helmut Oberlander, aged 95, was born to a family of German ethnicity in Ukraine. During World War II, he served first as a translator for the Einsatzkommando 10a (Ek10a), a Nazi mobile killing squad that systematically executed thousands of people in the former Soviet Union after the German invasion.

"He was found to have significantly misrepresented his wartime activities to Canadian immigration and citizenship officials when he applied to enter Canada" in 1952, the Supreme Court's case summary says.

Oberlander became a Canadian citizen in 1960, and initially had this revoked in 1995 after a Royal Canadian Mounted Police's investigation into his involvement in war crimes.

He has been fighting to stay in Canada since 1995, and on three occasions — 2001, 2007 and 2012 — immigration officials tried to revoke his citizenship, but each time the decision was reversed on appeal.

In 2017, officials succeeded, saying Oberlander "was complicit in crimes against humanity" and had made "a voluntary, knowing and significant contribution to the crimes committed by Ek10a."

Oberlander testified that he was forced to join one of the Nazis' mobile killing squads at age 17 and did not participate in any atrocities, according to 2018 court documents.

Ronald Poulton, one of Oberlander's lawyers, said he was outraged by the decision, and that any potential deportation order would be fought over "tooth and nail."

"It's such an injustice. It's politics over law," Poulton said.

The Canadian government was "pleased" with the decision, said Nancy Caron, the spokesperson for Immigration, Refugees and Citizenship Canada.

The government is "determined to deny safe haven in Canada to war criminals and persons believed to have committed or been complicit in war crimes, crimes against humanity, or genocide," she said.