The student who hunted Nazi judges in postwar Germany | Germany | News and in-depth reporting from Berlin and beyond | DW | 28.11.2019

The student who hunted Nazi judges in postwar Germany

The Allies endeavored to rid postwar Germany of Nazi elites. But many Third Reich judges continued to work in as legal professionals in West Germany — until one brave student shined the spotlight. 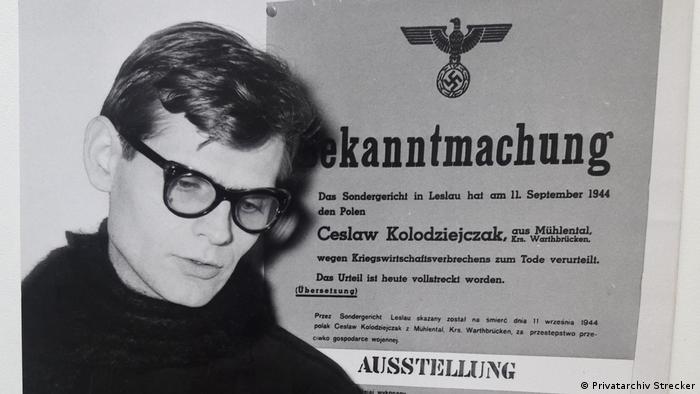 Two years after World War II ended, Reinhard Strecker left Germany for Paris, France, with the intention of never again setting foot on German soil. When he did return to Germany in 1954 to fulfill his parents' express wish, he was shocked to see many judges from the Nazi period still in office.

Speaking to DW, Strecker said he had vowed to only stay if Germany changed. "I thought it was idiotic to build up a democratic system with the help of the former criminals. So I had to do something about it," he said.

After defeating Hitler, the Allies and Soviet Union launched a denazification program to rid German society of Nazi sympathizers and ideology. About 200,000 individuals deemed dangerous and suspected of having been involved in Nazi crimes were banned from holding public positions of responsibility and placed in internment camps.

The Nuremberg trials and prosecution of Nazi Germany's major war criminals — resulting in 12 death sentences — were the manifestation of the victors' determination to severely punish those responsible for the atrocities. Trials targeting individual vocational groups would follow later.

But the thorough denazification program presented a problem for the Allies, as historian Marc von Miquel argues in "Karrieren im Zwielicht" ("Shady Careers"),a book about Nazi elites in post-war Germany. He points out the chronic lack of judges "during a time when scores of refugees were returning home and black markets were booming and crime threatened to become endemic."

And because of this shortage of judges, the entry bar was lowered accordingly. "Until the early 1960s, between 1,100 and 1,200 known Nazi judges served as public prosecutors and judges in Allied-occupied Germany," estimates Klaus-Detlev Godau-Schüttke, who authored the study "Der Bundesgerichtshof. Justiz in Deutschland" ("The Federal Court of Justice. The German Judiciary"). Many of them had previously handed down summary death sentences in Nazi-occupied countries like Poland and Denmark. Some critics for this reason labeled it a de-facto "renazification" of Allied-occupied Germany.

Von Miquel argues that during the 1947 German Jurists' Conference, when the Nuremberg trials focused on the legal profession, it became evident that German lawyers were unwilling to act against incriminated colleagues. He writes that the conference spokesman, Lindau District Court President Hermann Müllereisert, dismissed the law applied at the Nuremberg trials as "specifically targeted at Germans in order to exact revenge on political opponents."

Over time, the general mood in West Germany shifted as well. Miquel argues that "while initially there was broad support for the Nuremberg trials, over time this gave away to an aversion against the Allies' efforts to deliver justice during subsequent trials.

Adenauer was "no Nazi"

Reinhard Strecker, who was born into a family of lawyers in 1930, says he had his parents to thank for the fact he never became a Nazi sympathizer. "They strictly opposed the Nazis," he said. "My father was a founder member of the Confessing Church [a German Protestant movement during Nazi Germany that sought to remain independent]. Both my mother and father made clear to us kids that we should never have anything to do with the Nazis."

In the fall of 1954, Strecker moved to West Berlin and obtained his high school diploma at the age of 24. He then began studying Indo-European languages at Berlin's Freie Universität. Though pretty soon, he began devoting most of his energy to hunting down Nazi sympathizers still holding influential positions in legal and medical professions in West Germany.

His activism was partially inspired by an East German propaganda campaign from the mid-1950s, which drew attention to Nazi war criminals who had been allowed to continue working and pursuing their careers in West Germany after 1949.

"I was determined to stop the process that began under [Chancellor] Konrad Adenauer; I wanted nothing to do with what was reemerging in Germany. All the Nazis that I had hated were now back in office," recalls Strecker, who today is a silver-haired pensioner.

He says German Chancellor Adenauer certainly wasn't a Nazi himself but "after 1945 did work together closely with them." Strecker claims Adenauer was keen to "prevent Nazi criminals going on trial in Germany."

Together with fellow students, Strecker gathered documents to ascertain the true identity of these Nazi sympathizers. "This was painstaking work, we could not allow ourselves to make even the slightest mistake."

When West German archives refused to let him review their documents, he turned to East German authorities. Ignoring accusations he could become a useful Communist propaganda tool, he began trawling through East German archives in 1958. Since then, he has gone through and copied more than 3,000 files.

Together with like-minded student activists, he presented a small selection of these files in Frankfurt in spring 1959. Later that year, they curated an exhibition in the city of Karlsruhe, the seat both of Germany's Constitutional Court and Federal Court of Justice. The exhibition, entitled "Ungesühnte Nazijustiz,"which roughly translates as "Nazi Judges Who Never Faced Justice," became an overnight sensation. It name-and-shamed more than 100 former Nazis who continued to hold powerful positions in post-war Germany. The publicity it received, meant the topic could no longer be swept under the carpet.

The exhibition toured across West Germany and thereafter Great Britain and the Netherlands. Then, in 1960, Strecker took things one step further and lodged formal complaints against 43 judges known to be Nazi sympathizers.

Strecker had no qualms about cooperating with Communist authorities in Poland and Czechoslovakia in his quest to dig up compromising material on Nazi judges. But Strecker says neither West German nor East German authorities fully trusted him. Grinning, he recalls that "Bonn viewed me as Communist, while East Berlin deemed me a CIA agent." 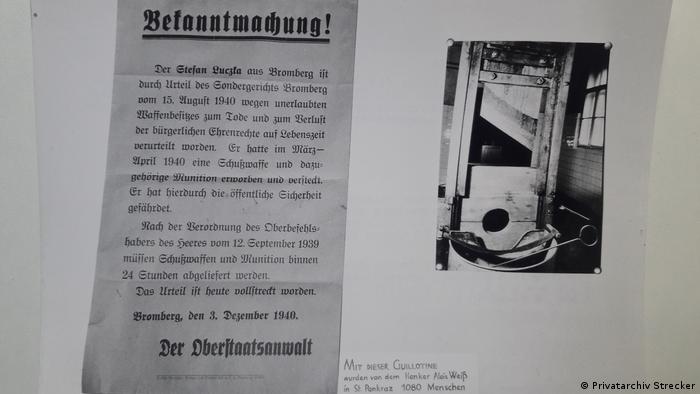 Artifacts from the exhibition "Nazi Judges Who Never Faced Justice"

But Strecker refused to be intimidated. "Adenauer repeatedly announced that after May 8, 1960, everything would be forgiven and forgotten, even manslaughter and murder – he wanted to grant full amnesty," Strecker remembers. "But I could not stand the thought of these criminals holding office. That's why I had to fight."

On a trip to London, Strecker shared his insights with British lawmakers. Subsequently, British Foreign Minister Selwyn Lloyd flew to Bonn to meet and chastise Chancellor Adenauer for his professed leniency towards former Nazi elites. "Adenauer had to take back his amnesty promise, that was my big achievement," Strecker says. It took until 1979, however, until the German parliament finally scrapped the statute of limitations for murder and genocide.

Even though no judges were ever prosecuted in West Germany for their work in the Third Reich, Strecker is pleased with his efforts. "Thanks also to my work, Germans after many decades finally came to understand that the Nazi period was one never-ending crime." Back in 1945, he says, "I was alone in this view."

This piece is part of the Guilt without Atonement project by DW's Polish desk in cooperation with Interia and Wirtualna Polska.