Can Turkey broker peace in Afghanistan?

Although Turkey has shown interest in resolving the protracted Afghan conflict, experts say there isn't much Ankara can do in this regard. Also, too many uncoordinated peace talks are unlikely to yield results, they say. 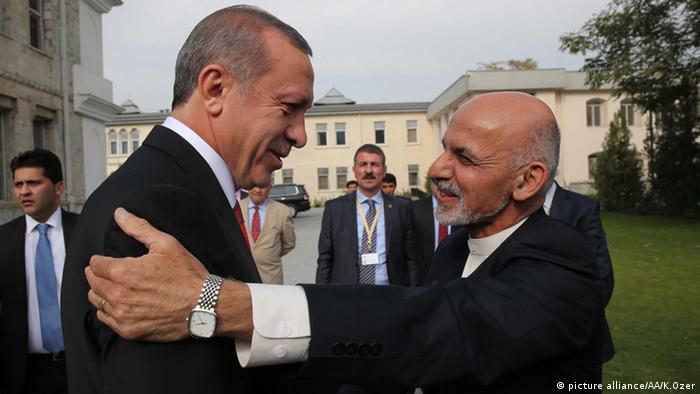 Turkey is set to host the Afghan peace talks in March. Abdulhakim Mujahid, the head of the Afghan Peace Council, believes it could be a turning point in the efforts to find durable peace in the war-torn country.

"Turkey is an important country, which can positively influence regional themes. Both the Afghan government and the Taliban have friendly relations with Ankara," Mujahid told DW.

Mujahid, however, did not elaborate what kind of ties exists between Turkey and the Taliban.

Some Afghanistan experts claim that Turkish President Recep Tayyip Erdogan supported the Afghan Mujahideen (Islamic warriors), particularly the Hezb-e-Islami group, in the 1980s. Hezb-e-Islami, which fought against the Soviet Union, is now an Afghan government ally.

Kabul hopes that its peace agreement with Hezb-e-Islami could serve as a blueprint for talks with the Taliban, but many Afghan officials fear that Pakistan could hijack the peace process once again to serve its own interests.

Pakistan's Prime Minister Imran Khan, who recently concluded his trip to Ankara, has once again emphasized the need for peace in Afghanistan and highlighted his country's role in the Abu Dhabi process that paved the way for talks between US representatives and Taliban commanders.

But Latif Arasch, a Kabul-based political analyst, warns against high expectations from involving Turkey in the peace process. He is of the view that neither the Taliban nor the US will participate in the Turkey talks, but the summit could still mend bilateral ties between Afghanistan and Pakistan.

After Abu Dhabi, the Saudi Arabian city of Jeddah has been named as the next venue for the Afghan peace talks, but the Taliban said they would prefer the meeting to be held in Qatar, which hosts the group's international office.

The Afghan Peace Council also said it would only send its delegates to Saudi Arabia if the Taliban agreed to engage in talks with Kabul. The Taliban have thus far refused to talk to the Afghan officials, saying they do not consider the Afghan government to be a legitimate representative of the Afghan people.

Bismillah Randschbar, an expert on Central Asia at the Afghan Center for Strategic Studies, told DW that Afghan peace talks lack a direction. "We can only hope for peace when there are synchronized efforts in a certain direction — when these efforts do not cancel out each other," said Randschbar.

The Taliban seem to have more time and patience before they agree to take part in negotiations. While all parties are now trying to woo them into discussions, the Islamists are not in a hurry. Even Iran, a Shiite-majority country at odds with the hardline Sunni Taliban, does not shy away from expressing its desire to engage with the militant group. Iran's Deputy Foreign Minister Abbas Araghchi recently confirmed a meeting between Iranian officials and the Taliban and traveled to Kabul last weekend to discuss the future of the Chabahar Port that is crucial to the interests of Iran, Afghanistan and India.

On the other hand, Pakistan is coordinating efforts with China and Russia to further its own interests. The US has removed Chabahar from its list of Iran sanctions, acknowledging its importance to Afghanistan and India.

Experts say the biggest challenge in the present scenario would be to somehow bring different stakeholders closer together and align conflicting geopolitical interests to peace in Afghanistan. But that Turkey could somehow facilitate that would be asking for too much, they say.

A meeting between US officials and Taliban members in Qatar has raised hopes for peace in Afghanistan, but it also undermines the Afghan government's writ. Is the US willing to pay this price for Taliban talks? (30.07.2018)

Germany's foreign minister has said the Taliban must be negotiated with to find a political solution to the situation in Afghanistan. The Taliban controls or influences 40 percent of the country. (04.06.2017)