The Taliban have denied reports they had held talks with Afghan officials in Qatar. Many experts also believe it's unlikely that the insurgents could have resumed peace negotiations given their recent territorial gains. 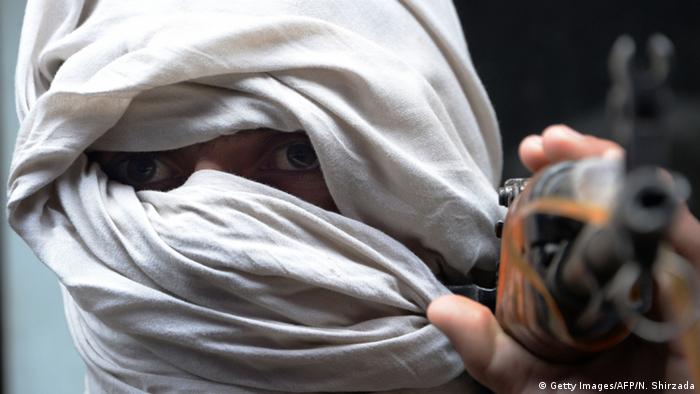 On Wednesday, October 19, the Afghan Taliban denied reports of secret peace talks with Afghan government officials in Qatar, stressing that the group's "stance about peace negotiations has not changed."

Afghan troops have recaptured the northern city of Kunduz, but those who fled the fighting are still afraid to return to their homes. Most of them are living in nearby areas without basic facilities, waiting for help. (14.10.2016)

With its dependence on international aid, Afghanistan is struggling to establish security and prosperity on its own. Bernd Riegert writes from the donor conference in Brussels. (05.10.2016)

Rights groups have slammed EU plans for returning Afghan migrants to their home country. This comes as international talks on support for Afghanistan are to be held in Brussels. (04.10.2016)

"The representatives of the Islamic Emirate have not met with Stanekzai or any other [Afghan] official," Taliban spokesman Zabihullah Mujahid told the AFP news agency.

When contacted by DW, Jawed Faisal, a spokesman for Afghanistan's Chief Executive Abdullah Abdullah, declined to comment on the British newspaper report.

Afghanistan experts also say it is unlikely that the Taliban would have engaged in any negotiations as they currently have an upper hand on the battleground. The Islamists now control more Afghan districts than at any other time since 2001.

"I don't think the Taliban are interested in peace," Michael Kugelman, a senior associate for South and Southeast Asia at the Washington-based Woodrow Wilson International Center for Scholars, told DW when asked about the peace talk reports.

Wahid Muzhdah, a Kabul- based expert and a former Taliban official, is of the same view. "The insurgents would not engage in any peace talks at this point. They are stronger than before, and the Afghan government is weak," he said.

According to Muzhdah, it is likely that the Taliban members might have met with Afghan officials in Qatar, but he stressed that peace negotiations could not have been on the agenda. 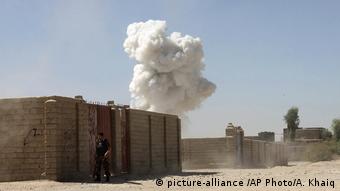 Such meetings, the expert pointed out, are facilitated by the United Nations and the Red Cross, and they take place on a regular basis.

"Mullah Abdul Manan Akhund doesn't have the authority to undertake such important negotiations," Muzhdah underlined. "Akhund's opinion does not carry any weight among the Taliban leaders," he added.

Siegfried O. Wolf, a South Asia expert at the University of Heidelberg, suggests that even if a meeting was held to discuss a peace deal with the Taliban, the peace process will face the same challenges as it did in the past. "It is the problem of negotiating the non-negotiable," Wolf told DW.

The reports of alleged meetings should be looked at in the context of the upcoming US elections, Muzhdah said.

"I believe the reports are aimed at creating a successful picture of the US strategy in Afghanistan," he said. 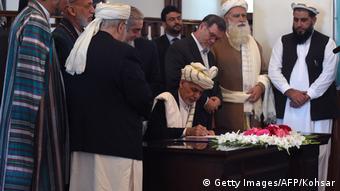 The Afghan government, too, wants to show that a peace deal with Gulbuddin Hekmatyar's Hezb-e-Islami has encouraged Taliban members to join the Afghan peace initiative, he stressed. "Both Washington and Kabul need a success story."

The Afghan government recently inked a peace deal with warlord Hekmatyar, whose group has been accused of attacking Afghan and foreign troops across the war-torn country. Hezb-e-Islami's role in the Afghan war has faded out in the recent years, but Afghan officials hope that the peace agreement with Hekmatyar could encourage other insurgent groups like the Taliban to follow suit.