Displaced locals reluctant to return to Kunduz | Asia| An in-depth look at news from across the continent | DW | 14.10.2016

Afghan troops have recaptured the northern city of Kunduz, but those who fled the fighting are still afraid to return to their homes. Most of them are living in nearby areas without basic facilities, waiting for help. 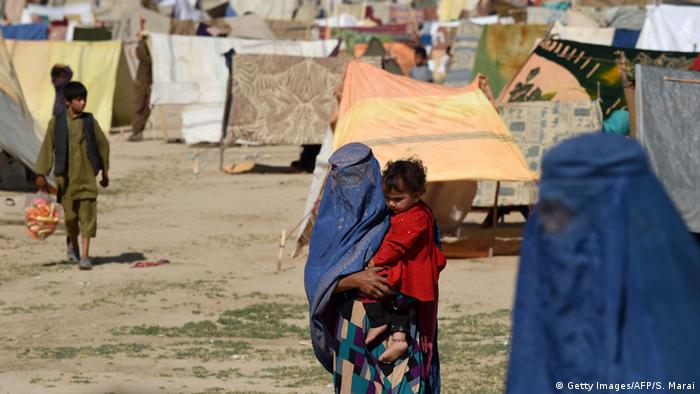 "The fighting has destroyed everything," said Abdul Latif. Latif fled the fighting in Kunduz with his family to take refuge in the neighboring Mazar-e Sharif city.

"Kunduz has been burnt down. Many people have been killed or are injured. It was only with great difficulty that I was able to save my family from the war. Before fleeing, we were stuck in Kunduz for many days. There was no way out and there is no bread and drinking water in the city," he told DW.

Germany's Federal Court of Justice has ruled that the state is not liable for overseas military operations. The claim had been brought by families of victims of a 2009 airstrike that killed more than 100 civilians. (06.10.2016)

Like Latif, thousands of Kunduz inhabitants have escaped to Mazar-e Sharif in the neighboring Balkh province. "According to our estimates, 39,000 people have fled Kunduz in the past two weeks," said Danielle Moylan of the United Nations Office for the Coordination of Humanitarian Affairs (OCHA) in Afghanistan. "Most of them have come to the cities like Talokan, Kabul, Mazar-e Sharif, Pul-e Khumri and Faisabad," she told DW.

Most of these internally-displaced people (IDPs) seek shelter either at relatives' or friends' homes after fleeing Kunduz. "Here in Mazar, we live in a friend's house," says Latif. "But the whole family has to share a single room."

The Taliban launched its offensive to capture the provincial capital of Kunduz at the start of October. Afghan troops, backed by US air power, battled against the militants. On Wednesday, October 12, the government declared that Kunduz had been retaken. Authorities also said the insurgents had been pushed back and the city was safe again. However, the fighting continues in some districts outside the main city.

"Many of the IDPs left Kunduz with very few belongings. They have to sleep under the open sky and they lack the basic necessities," said Moylan.

"The United Nations and the Afghan government are working together to provide tents and food to these people. In addition, camps are being built with sanitary facilities, clean water and safe areas for the children," she added.

But the help has not reached everyone. "We have not received any help from the NGOs," said Fereshta, who also escaped with her family. "The local authorities, however, have come to our aid. Most of the refugees are staying in the Haji Camp, and the provincial officials give them bread and drinking water. But because I live in a friend's house, I have no access to this support," she noted. 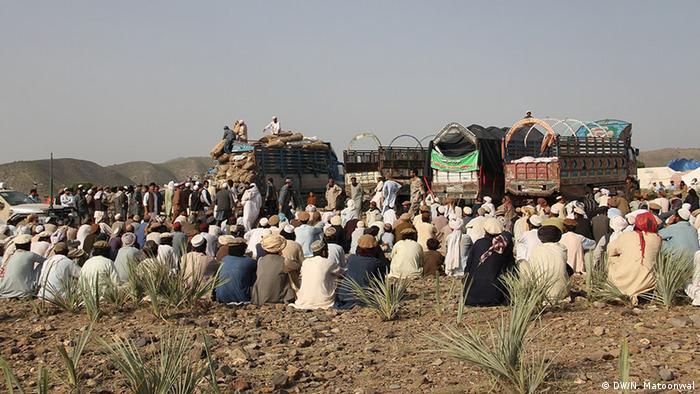 In 2016, over 280,000 Afghans have left their homes because of the conflict in the country

Some 6,000 people from Kunduz now live in Mazar-e Sharif's Haji Camp. The civil society seems to be satisfied with the work done by the provincial government so far. "The attention of the authorities is now more on the refugees in Mazar and we thank them for their help," said Mariam, a human rights activist.

However, what concerns the activists is the lack of psychological support for the IDPs. Women and children have suffered a lot both in Kunduz as well as during their escape from the war-battered city. Experts believe the suffering could have a long-lasting impact on their mental health.

Kunduz is now officially under the control of the Afghan government, but the IDPs are still reluctant to go back to their city. They say they don't feel safe there due to a persistent Taliban threat and an ongoing fighting in the areas close to the city.

A rising number of IDPs in the country is a matter of great concern for President Ashraf Ghani's government. In 2016, more than 280,000 people have left their homes because of the fighting between Islamists and the government forces. In addition, the number of Afghan refugees and asylum seekers repatriated from other countries is also increasing.

"Over the past week, more than 50,000 refugees have returned from Pakistan - just before the start of winter," said Moylan. The UN estimates that by the end of the year, the figure could rise to a million returnees.