With its dependence on international aid, Afghanistan is struggling to establish security and prosperity on its own. Bernd Riegert writes from the donor conference in Brussels. 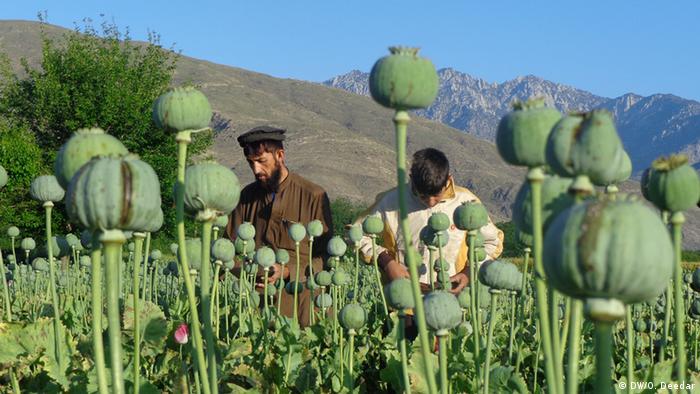 When United States armed forces were deployed against al Qaeda terrorists and the Taliban regime exactly 15 years ago, no one could have imagined how this operation would turn out. After the attacks of September 11, the goal at the time was to hunt down the terrorists and take away their base of operations. Today, 15 years later, this goal has been only partially achieved. Parts of Afghanistan are still controlled by the Taliban. A new terrorist group called the "Islamic State" has established itself in the Hindu Kush, and terrorists based in the neighboring country of Pakistan still operate in Afghanistan.

The international community realized that the threat of terrorism could only be averted when, as well as against fighting militias, the state of Afghanistan could be organized in such a way that people there had a future. What followed was a massive military operation and an unprecedentedly expensive development program. More than $113 billion (100 million euros) were invested in state infrastructure, security and humanitarian aid.

Yet Afghanistan is still a long way off what the aid donors would consider to be a functioning country. The security situation is precarious and there has been only weak economic development. Afghanistan's President Ashraf Ghani has openly confessed these problems, though he sees signs of hope and development. But there's not much else the former World Bank manager can say as head of a divided coalition government. Nonetheless some aid organizations have described slight progress in individual sectors.

How long will the money keep flowing?

The Afghanistan donor conference, which was held in Brussels, could only establish that donors want to - and must - continue providing aid. This means donating money, offering help, curbing corruption, educating the army and police force and hoping for the best. The donor countries, notably the US and the European Union, are still prepared to pump billions into Kabul in order to keep the country more or less running. Fewer and fewer politicians are agreeing to this with conviction and the confidence that the tide will turn, but more because they cannot think of an alternative.

If Afghanistan were to fall, in no time at all it would become the world headquarters of terrorist training. The country, which has experienced one conflict after another over the last 40 years, would descend into civil war and medieval conditions.

So, the agenda in Brussels was the following: eyes shut and hope for the best. This was exactly the same agenda as at previous conferences in Tokyo, London and Berlin. It is understandable that the EU and other states increasingly want to attach conditions to the aid, such as good government leadership and the repatriation of rejected asylum seekers. After 15 years they want to see some return and results for the money that has been invested. Fifteen years has also demonstrated that it is only possible to achieve something with politicians and clan leaders in Afghanistan if you apply pressure.

It is unclear for how long taxpayers in western countries will be prepared to fund this seemingly bottomless pit. For example, is it possible to convey to voters in the US that the billions of dollars in aid are financing a country whose main export success is the raw materials for making illegal drugs? And can you tell them that terrorist groups are profiting from drug trafficking?

There are enormous problems ahead for Afghanistan in the next few years. Three million refugees from Pakistan and a million from Iran will have to return to the country. The legions of unemployed and people without prospects are expected further to increase. The conference in Brussels will not be the last donor conference for the war-ravaged country. There will need to be Afghanistan conferences in 2020, 2024 and perhaps beyond.

Have something to say? Share your comments below. The thread will automatically close 24 hours after this article's publication.

The second day of a global conference on Afghanistan is set to focus on fundraising efforts to promote peace, state-building and development. Leaders are seeking to maintain annual financial commitments to the country. (05.10.2016)

Afghan forces supported by US air power continue to push back Taliban insurgents from the northern city of Kunduz. Clearance operations have begun, but water, food and electricity are in short supply for residents. (05.10.2016)

Opinion: Australia's Big Tech crackdown is no model to emulate 5h ago