Can the latest US sanctions against North Korea work?

The US recently unleashed a new set of measures aimed at reining in Pyongyang's nuclear weapons program. DW examines how effective the latest restrictions will likely be in curbing the North's nuclear activities. 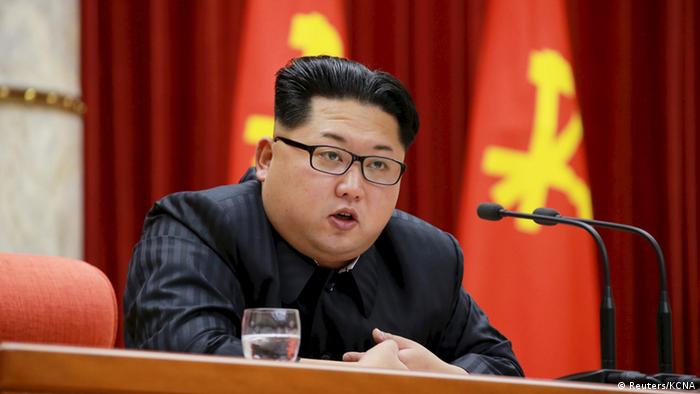 The measures came weeks after Pyongyang fired a long-range rocket and conducted its fourth nuclear test, in violation of a UN Security Council resolution.

The US sanctions target those importing goods related to weapons of mass destruction into North Korea, or those who knowingly engage in human rights abuses. It also aims to prevent the North Korean regime from accessing the money it needs to advance the nation's weapons program.

Furthermore, the legislation grants some $50 million over the next five years to fund radio broadcasts into the North, purchase communications equipment and support humanitarian assistance programs.

"While the US Treasury was thus far only able to ban companies from operating in the US, the law now gives them the authority to target third parties abroad and block assets as well as property if deemed necessary," said Bernt Berger, head of Asia Program at the Stockholm-based Institute for Security & Development Program (ISDP).

In this context, Mark Tokola, vice president of the Korea Economic Institute of America (KEI), a Washington-based think tank, says the new sanctions "show the utmost seriousness" with which the US views North Korea's nuclear and missile programs, and its crimes against humanity. "These measures are important as part of a broader international effort to at least slow if not stop North Korea's pursuit of nuclear weapons," he told DW.

However, it is unclear whether the new measures will succeed in compelling the communist regime into giving up its nuclear ambitions. Even prior to the latest US decision, the East Asian nation was already one of the most heavily sanctioned in the world. And experts believe the new measures are unlikely to have an impact on Pyongyang's course of action.

"Sanctions have not worked with regard to the North and additional sanctions, too, will likely not produce the desired results. And North Korea will continue with its nuclear, missile and rocket programs, further advancing its capabilities over time," Tariq Rauf, director of the Disarmament, Arms Control and Non-Proliferation Program at the Stockholm International Peace Research Institute (SIPRI), told DW.

Analysts point to a multitude of reasons behind the sanctions' limited effectiveness. ISDP expert Berger says the North has remained steadfast in developing its nuclear arms program which it regards as crucial for its national security. Besides, an effective deterrent would provide the North with not only a security guarantee, but also a better bargaining position vis-à-vis the US and South Korea, Berger told DW.

The State Department has said it rejected an offer from Pyongyang to bring a formal end to the Korean War. North Korea's nuclear buildup remains an ongoing concern for the US and its ally South Korea. (22.02.2016)

US increases sanctions against North Korea

President Barack Obama has signed off on new, stricter sanctions against North Korea. The broadened sanctions seek to punish the Asian nation for its nuclear weapons program. (18.02.2016)

The United States has flown part of its stealth fleet from Japan to just south of the border between the two Koreas. The move was meant as a warning to North Korea over its missile launches. (17.02.2016)

In a speech, South Korean President Park has said her country has become "numb" to threats from North Korea. Her call for an 'uncompromising' stance comes amid discussion about implementing a missile defense system. (16.02.2016)

This view is shared by Andrea Berger, deputy director of the Proliferation and Nuclear Policy program at the Royal United Services Institute for Defense and Security Studies (RUSI). Berger argues that North Korea's development of nuclear weapons is motivated by a complex mixture of insecurity and a desire for perceived prestige.

"The country's leaders have painted the program's 'success' as part of their personal and collective legacies, as well as a symbol of national defiance of international restrictions imposed against the North Korean people," she told DW.

In this context, she underlines, previous rounds of sanctions appear to only have hardened North Korean resolve, even though they may have slowed the nuclear program in practice. "It is therefore improbable that new sanctions will change this dynamic, especially the very complicated calculation that leads the regime to continue its unabated pursuit of a nuclear deterrent."

At the same time, KEI analyst Tokola points out that the young leader Kim Jong Un, who took over the country's reins in 2012, is using external threats and the technological feats of nuclear and missile tests to try to consolidate his power.

And that, he contends, makes it unlikely that negotiations to curb the North's nuclear activities will succeed in the short run. It is nevertheless important for the US and other countries to show Pyongyang that its actions have negative consequences, he added.

"The sanctions are also intended to buy time for diplomacy to work by slowing down North Korea's weapons programs. It is worth noting that economic sanctions always appear to be failing, until they work," Tokola noted.

Unlike previous measures, the economic sanctions imposed this time around create the legal scope for the US to sanction a wide range of foreign individuals or entities engaged in listed, proscribed activities with North Korea. Experts say this opens the possibility for Washington to impose unilateral sanctions on foreign firms, particularly Chinese ones, operating in North Korea.

China is North Korea's biggest and most important trading partner, and a large number of goods flow into the country from Chinese private companies who do business with the regime. Moreover, Chinese financial institutions have been key to the North's international transactions.

The latest US legislation lists trade with North Korea in significant quantities of certain metals or minerals as "sanctionable conduct," says RUSI analyst Berger. "But while the legal scope to sanction them may exist, whether the US Treasury chooses to use that ability in its fullness remains to be seen," she said.

SIPRI expert Rauf is skeptical about the US' ability to enforce sanctions on this front. "China has already stated that it will not support additional sanctions against the North," he noted, underlining that for China this is "a political-military issue, and not a commercial issue."

"China does not want the economic collapse of North Korea and the burden of bailing out a collapsed North. Also, a unified Korea may not be in China's strategic interest," he said.

"Sanctions and pressure will not yield the desired results in North Korea, only negotiations can produce a desirable outcome - in fact, continued sanctions will ensure Pyongyang will advance its nuclear and missile programs," Rauf warned.