An Iranian biopic of Muhammad aims to project a positive image of Islam and provide a counter-narrative to the religion's extremist interpretations. But can the movie succeed in dispelling the dominant discourse? 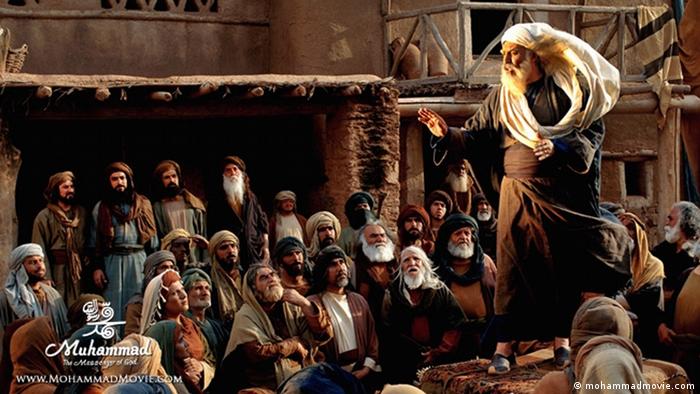 "The more movies that are made about the prophet's life, the better," said Majid Majidi, the director of the high-budget biopic "Muhammad: Messenger of God" at Montreal's world film festival on Friday, August 28. The first part of the planned trilogy, which opened to packed cinema houses in Iran on August 27, captures the time before the birth of the Islamic prophet more than 1,400 years ago, and his childhood.

The acclaimed Iranian director, famous for his film "Children of Heaven," has taken pains to show the "rightful image of Islam." The 171-minute movie, which premiered both in Iran and internationally last week, cost the Oscar-nominated director $40 million (36 million euros) and seven years of hard work. But will he be able to alter the tainted image of Islam and its prophet through his movie?

"I decided to make this film to fight against the new wave of Islamophobia in the West. The Western interpretation of Islam is full of violence and terrorism," Majidi told Hezbollah Line, a conservative Iranian magazine. 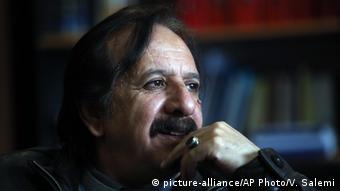 Filmmaker Majidi: 'I decided to make this film to fight against the new wave of Islamophobia in the West'

The creators of the film have made it clear that "Muhammad" aims at changing the dominant narrative about the prophet of Islam globally, particularly in the West. Rightly or wrongly, Islam has become synonymous with terrorist groups like al Qaeda, "Islamic State" and the Taliban, and with intolerance and extremism.

The memory of the jihadist attack on the French satirical magazine, Charlie Hebdo, which killed 12 people, including the magazine's editors, is still fresh in the West. The fact that Charlie Hebdo was targeted for publishing "blasphemous" Muhammad cartoons seemed to prove to a lot of people that Muslims did not believe in a rational discourse.

Hence, Majidi's effort is commendable. He wants to build a counter-narrative about Islam and its prophet through art. He wants to indulge in a creative exercise to convince non-Muslims that Islam is a religion of peace and that massacring Charlie Hebdo cartoonists, and burning effigies and vandalizing public property in reaction to anti-Islam movies like "Innocence of Muslims" would only strengthen the impression that Muslims believe in violence.

Negative comments about or satirical depictions of Islam or Muhammad anger Muslims around the world. Any pictorial representation of the prophet is considered un-Islamic and blasphemous, particularly in the majority Sunni sect of Islam.

In 1989, Iran's former religious leader Ayatollah Khomeini issued a fatwa, prompting the calling for the death of British author Salman Rushdie for writing a controversial novel, "The Satanic Verses," which many Muslims believe demeaned Muhammad.

In 1993, Bangladeshi author Tasleema Nasreen wrote a novel, "Lajja," which offended many Muslims on the Indian sub-continent. The author had to go into hiding in India because of death threats by Bangladeshi Muslim groups.

Irrespective of how the West will receive the movie, and whether it will be able to change any perceptions about Islam, Majidi's effort is extremely courageous. Although Shiite Iran is more tolerant about depictions, even then it is a bold effort by Majidi. Therefore, "Muhammad" is also about Islam's internal conflict about reason and rationality.

A number of Sunni scholars have demanded a ban on the film, which shows a boy-actor playing the prophet's character from behind.

"It is not permissible in Islam [because an actor] has contradictory and conflicting roles; sometimes we see him as a blind drunk, sometimes as a womanizer...and then he embodies a prophet... This is not permissible," he told the Reuters news agency.

Masoud Ferasati, a famous Iranian film critic, has also criticized the film. "The film by Majidi is unclear and disturbing," he said, adding that the costumes, performers and set do not fit into the culture of the times shown in the movie.

But Dwayne Ryan Menezes, scholar of religious history at the University of Cambridge, has a different take on the reactions to these kinds of movies. "The approach religious people choose for dealing with such films speaks more about the strength and maturity of their faith than their retributive aggression. A much better approach would be to patronize and heap publicity on the works that promote their religions in the correct light and serve to help the cause of inter-faith harmony," Menezes told DW.

However, Tehran-based poet and scholar Iftikhar Arif believes that most religious people, whether they belong to Islam, Christianity or any other religion, are sensitive about their faith. "The reaction is not peculiar to Muslims. When Martin Scorsese made 'The Last Temptation of Christ,' many extremist Christian groups protested against Scorsese and the film," Arif told DW.

It seems like the Iranians are leading the way in the Muslim world when it comes to promoting the "soft image" of Islam to the rest of the world. "The Message," a 1976 movie directed by Syrian-American filmmaker Moustapha Akkad, was a huge success with Shiite Iranians. According to news reports, Majidi's film, too, has done very well at the Iranian box-office, and sold out prior to its release.

"I think this film can be a starting point of research for those who don't know Islam," 21-year-old Abolfazl Fatehi, who watched the film in a theater in Tehran, told the AFP news agency.

Mehdi Azar, a 25-year-old worker at an Iranian cinema, said "it's a long movie and that might seem a turn-off at first, but it's attractive enough to draw an audience. It was very attractive visually."

Despite praise for the film, the issue remains whether "Muhammad" can challenge the dominant discourse and perception about the prophet and his religion. As long as the media is flooded by reports of jihadist beheadings and suicide bombings in Muslim countries as well as the West, one or two movies might not be able to change the opinion about Islam. The political and social realities in Islamic countries would perhaps be more useful.