The editor in chief at the French magazine that published cartoons depicting the Prophet Muhammad tells DW it was acting in its role as a political commentator. Charlie Hebdo staff agreed on the importance of the issue. 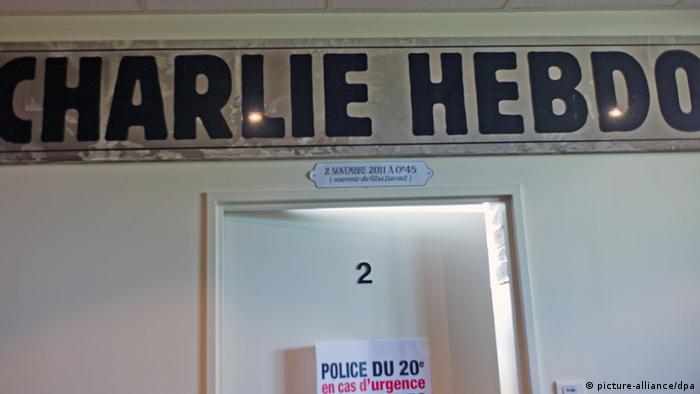 DW: In your opinion was the publication of these caricatures about free speech or deliberate provocation?

Gérard Biard: We view the publication of these caricatures as being part of our work as well as addressing freedom of expression. Look at the current news situation: when a shallow movie leads to rioting around the world in which people die and embassies burn, if we aren't able to comment on that as journalists - it's unthinkable.

I have to dispute the term "provocation." This is not at all about provocation, it is about doing our jobs as political commentators. We are simply a political satire magazine that works with pictures. We are mainly an atheist magazine, we fight every religion as soon as it leaves the private sphere and starts to influence politics and the public. Islam tries to use politics for its own ends, so like any other political force, it needs to accept criticism.

In some 20 countries French international schools have been temporarily closed, and France has increased the level of security at its embassies. Did you expect such a reaction?

Honestly, we are very surprised. If you look at the caricatures on the cover, I don't know which of the two figures would be recognizable as the prophet Muhammad. This is a satirical drawing, done in traditional French satire. So, I don't understand what all the fuss over our cover is about, or rather, I am afraid of understanding it. In my opinion, this is manipulation. With regard to the decision by the French government to close schools and foreign embassies in nearly 20 countries, it's France's duty to safeguard the security of its citizens in countries where they might be at risk. That is all I can say. 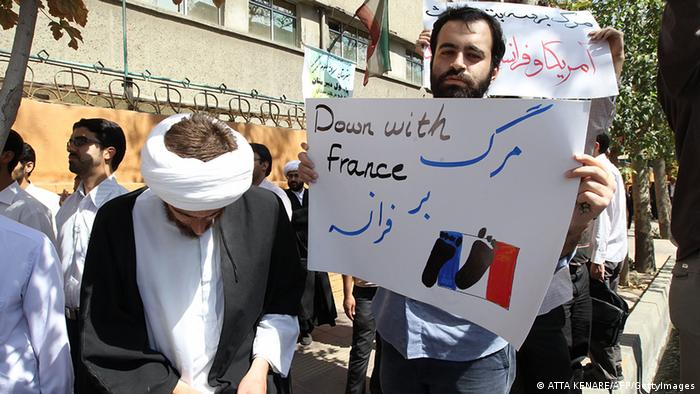 Protests against the cartoons where held in a number of counties, including Iran, seen here

Are you afraid of revenge attacks?

The last time we published a similar cover on this subject, our office was set on fire - therefore, we have to be prepared. We now have police protection. But it's not acceptable that we have to worry about our safety because we make use of our right to publish cartoons and do our jobs as journalists and political commentators.

Were there differing opinions on the choice of the front cover among the editors?

We all agreed that this issue had to go on the front cover. For us that was clear. We discussed the choice of image we would eventually use. But the fundamental question, whether we should cover the issue, was agreed to, and no one has called that into question.

If people end up rioting because of this, would you feel responsible?

Of course we would regret it. But we are not responsible for it. Is Salman Rushdie responsible for the fatwa that was been given against him and heightened two days ago? No. Therefore, we do not feel responsible if there are such reactions.