Freedom of expression vs. freedom of religion | Germany | News and in-depth reporting from Berlin and beyond | DW | 18.09.2012

An anti-Islam movie made in the US has triggered violent protests across the Islamic world. Despite politicians' calls for a ban on the film, Germany's constitution protects freedom of expression. 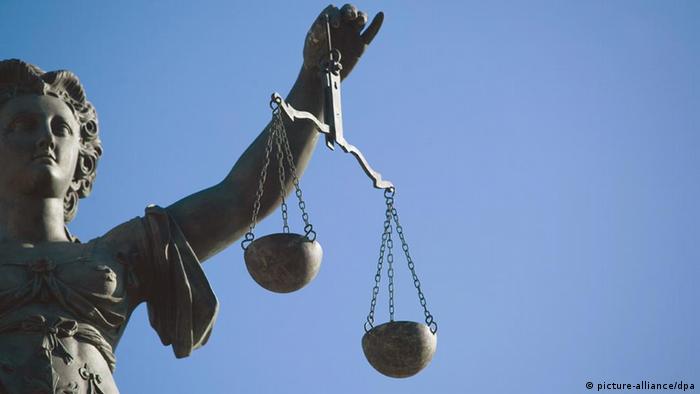 Politicians and other public figures in Germany agree the controversial movie "Innocence of Muslims" is insulting and lacking in artistic value.

Volker Beck of the environmental Green Party slammed it as "distasteful foolishness"; the head of the German Bishops Conference, Archbishop Robert Zollitsch, branded the video an "unacceptable and senseless provocation."

But it is far from clear that the state can intervene to prevent the movie from being distributed in Germany, or to what extent. Opposition Social Democratic and Green politicians say the film may be amateurish and confrontational but it lacks punishable content.

Justice Minister Sabine Leutheusser-Schnarrenberger of the pro-market Free Democratic Party (FDP) has so far declined to take legal steps, calling instead on "the broad majority of society to make their opposition to the small number of agitators clear."

A German right-wing group announced it was considering showing the film, portions of which are accessible on the Internet, publicly in Berlin.

While Chancellor Angela Merkel said on Monday that authorities are considering whether a public screening of the anti-Islam film can be banned, Foreign Minister Guido Westerwelle (FDP) spoke out in favor of a ban. And Interior Minister Hans-Peter Friedrich pledged he would fight the propagation of the video "with all legal instruments available."

Yet these announcements can be seen at best as an appeal to Germany's states, said Christoph Gusy, law expert at Bielefeld University. In Germany's federal system, "the interior minister has no authority to push through some bill against videos or the incitement of hatred through videos."

Such questions would have to be dealt with on the regional level, as they fall within the competence of the country's 16 states. In case of a screening in Berlin, it would have to be Berlin politicians and courts who could initiate the ban.

"There is essentially no judicial basis that would enable the authorities to act in such cases. Religious feelings are protected by law but only in a very narrow sense. Not every piece of propaganda or ridicule of religion is covered by that," Gus explained.

Only such insults that are "capable of disturbing the public peace," would be affected according to that law. But that's phrasing that leaves plenty of room for different interpretation. Gusy is skeptical as to whether a legal basis could be found to ban the public screening of the film. "Public peace cannot infringe on constitutional rights."

And the German constitution places a high value on the freedom of opinion and artistic expression. In a pluralistic state like Germany, freedom of expression is a crucial component of people living together. "Everyone has the right to criticize others but also has to accept criticism himself - and that also goes for religious communities," Gusy said.

Westerwelle: "Video has nothing to do with us"

An anti-Islam video causing violent protests across the Muslim world is no justification for the use of violence, Germany’s Foreign Minister Guido Westerwelle tells DW in an interview. (17.09.2012)

Protests against an anti-Islam film originating in the US are spreading across Muslim countries. DW takes a closer look at what's behind the violent demonstrations. (17.09.2012)