Westerwelle: "Video has nothing to do with us"

An anti-Islam video causing violent protests across the Muslim world is no justification for the use of violence, Germany’s Foreign Minister Guido Westerwelle tells DW in an interview. 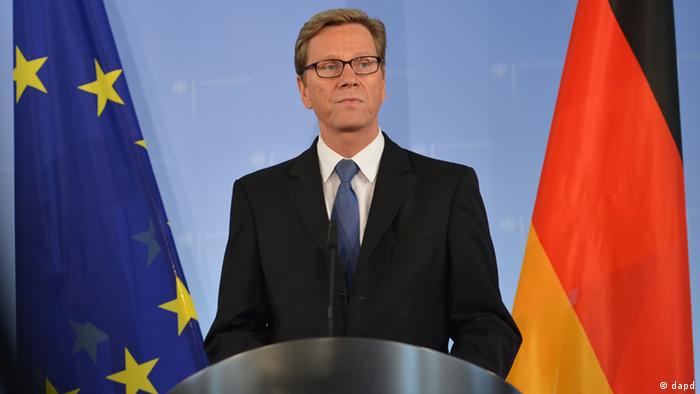 Deutsche Welle: What do you tell people in the Arab world who feel insulted - be it legitimately or not - by the video? What is your message to these people?

Guido Westerwelle: The video is disgraceful and has nothing to do with us Germans or with other Western democracies. We are a country that strives for religious pluralism and tolerance. But this video can be no justification whatsoever for the use of violence.

Are the protests what you could maybe call 'the rage of the people‘, or is somebody inciting them?

I think that's something we'll only be able to say with hindsight. Some of it is probably orchestrated, and some of it may be spontaneous. But one thing is clear: The majority of people in the affected countries are protesting peacefully and don't support the use of violence.

What can be done to prevent such hate videos? Once they've been published on the Internet, it may be hard to take legal actions to take them offline?

Yes, it's important that we decide, for instance, not to allow hate preachers into our country. We're sending a clear signal to the world. We also constantly remind others that we interpret the rule of law in a way that's consistent with our legal norms: it's a punishable offence to incite hatred by offending others' religious beliefs. There are good reasons why we've done that. And there can be no question: Muslims and people of Islamic faith have to be treated with the same respect as people of other faiths. In my view, that's extremely important.

What measures can be taken to protect German embassies and German institutions in the affected countries?

We've stepped up safety measures appropriately, but I hope you understand that for security reasons I can't go into any detail.

Are you saying there's nothing you can do to prevent these events from occurring again?

We have done everything within our means. I can't go into detail, because I don't want to publicize the measures that we've taken so far.

The burning of the German embassy is being hotly discussed in Sudan. Citizens who have been taking to the streets recently aren't motivated by religious sentiments alone. They're fighting a different battle. (17.09.2012)

Protests against an anti-Islam film originating in the US are spreading across Muslim countries. DW takes a closer look at what's behind the violent demonstrations. (16.09.2012)