Can ′carbon law′ help businesses save the climate? | Environment | All topics from climate change to conservation | DW | 25.01.2018

Can 'carbon law' help businesses save the climate?

You may never have heard of carbon law — it has nothing to do with the legal system. But the obscure principle seems to be gaining momentum as businesses try to take the lead in a low-carbon economy. 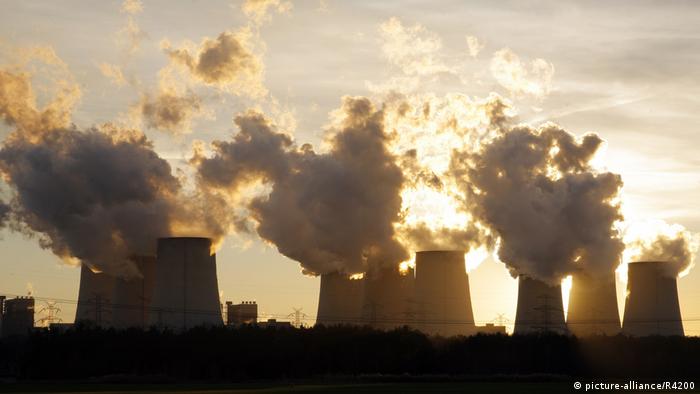 How the business sector can step up its action to prevent climate change is emerging as an important thread at the ongoing World Economic Forum in Davos, Switzerland.

Businesses taking up climate leadership not only carries forward a trend set in motion by the 2015 Paris Agreement — it is also in line with a scientific framework for how to deliver emissions reductions, known as global carbon law.

"Carbon law" may make you think of carbon price, or carbon tax — or even how citizens around the world are suing governments to bring forward climate protection. But, as it turns out, this "law" has nothing to do with the judicial system.

To explain carbon law, we need to start with Moore's law, from computer science: It's based on the observation that the number of transistors in a circuit was doubling every two years, fueling innovation in computing.

Carbon law is the equivalent for climate change. It predicts that over a decade, emissions can be halved and the uptake of renewables doubled. Innovation and public-private sector partnerships are supposed to drive this forward — and it seems that to at least some extent, this is happening. 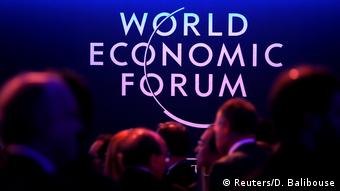 Will companies take up the carbon law challenge?

"The interesting thing with the global carbon law is that it can be adopted by anyone: individuals, households, and even big business," said Johan Rockström, executive director of the Stockholm Resilience Center and a key proponent of the law.

DW interviewed Rockström at the World Economic Forum, ahead of the launch of a challenge for information technology companies to demonstrate carbon law.

The business sector is a major contributor to greenhouse gas emissions, in every step from procuring raw materials to shipping products around the world.

While private companies once seemed on the opposite side of climate protection, their participation in climate action has now become mainstream.

Through initiatives such as the United Nation's Caring for Climate, Science Based Targets, and the We Mean Business coalition, more than 660 companies with a total market value of more than $15 trillion (€13 trillion) have demonstrated their commitment to stopping global warming.

Since December 2015, more than 330 companies have joined the Science Based Targets initiative, including big brands such as Adobe, Nestlé, PepsiCo, Pfizer, Walmart, and Xerox.

Can business save the climate?

In order to join, companies must come up with their own science-based targets for keeping global temperature rise less than 2 degrees Celsius (3.6 degrees Fahrenheit).

If the targets are realistic, then the initiative endorses the qualified company.

As one example, Spain-based telecommunications multinational Telefónica proposed its own decarbonization strategy to reduce greenhouse gas emissions 30 percent by 2020, and 50 percent by 2030.

Currently, 44 percent of the electricity used to run the business comes from renewables, according the telecom. But the company aims to hike this up to 50 percent by 2020, and even 100 percent by 2030. That's an ambitious goal — can the company reach it?

"When we established our targets, we considered different possibilities, taking into account different regulatory or technological scenarios — so we are prepared to face uncertainty," Maya Ormazabal, environment manager at Telefónica, told DW. 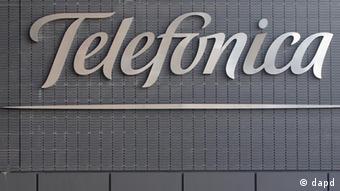 Telefónica, one of the largest private telecommunications companies in the world, has a strong growth strategy

Telefónica's emission reduction plan is based on digitization. Its proposal earned the Science Based Targets initiative's endorsement in November 2017, coinciding with the COP23 climate summit.

Such frameworks allow companies to ensure that their targets are in line with governmental goals, points out Eliot Metzger, a senior associate in the World Resource Institute in Washington.

If companies rely heavily on natural resources, like PepsiCo and Coca-Cola do on water, then climate change becomes an existential challenge, and they may be far more motivated to tackle the problem.

But beyond companies adopting an eco-friendly business model to sell more products, their climate action commitment would need to go far deeper.

"You can argue that if a company is serious about climate change, they will have to confront the uncomfortable topic of consumption," says Metzger.

The World Resources Institute calls this the "elephant in the boardroom," and is pushing more companies to do the math around what it would mean to meet increasing consumer demand while also addressing climate change.

In business we trust

Climate-saving efforts need businesses on board

Metzger finds this evolution of "corporate climate leadership" to indeed represent rapid progress, as predicted in carbon law. Beyond reporting their own internal greenhouse gas emissions, companies have expanded to influencing governments as part of a leadership equation.

Global carbon law in the business sector on its own cannot save the climate; but it's playing an ever-more important role, Rockström concludes.

In a kind of feedback loop, company commitments to decarbonize sends a signal to the political system that climate action plans can be trusted.

Companies seek stable regulatory environments — and they need policy support to achieve set climate goals, Metzger says. "When they do the math, they realize that inaction on climate change has huge implications for their business interests," he told DW.

"When they can articulate this to governments, they can bring new insights and an important voice into the debate."

Energy production, food, mobility, waste: Four videos highlight German innovation in these key areas - projects that, each in their own way, protect the climate. Say hello to Germany's climate innovators. (22.11.2017)