Under the slogan "We Are Still In," local governments, businesses and universities representing 120 million Americans say they will carry forward the goals of the Paris climate agreement. Can they fill the gap? 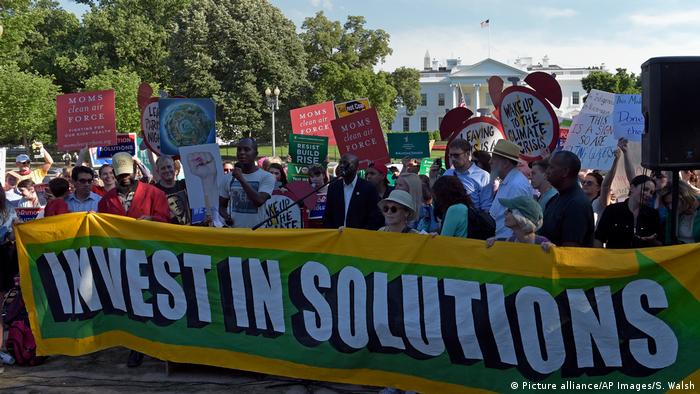 The US federal government may be pulling out of the Paris climate agreement, but states, cities and organizations say that doesn't mean they have to.

On Monday, a coalition of 1,219 governors, mayors, businesses, investors and universities formally launched the "We Are Still In" coalition. Together, they say they will pledge to meet the emissions reduction targets promised by the previous Obama administration in 2015.

"This is really an unprecedentedly large and diverse coalition of organizations, all coming together to have their emissions reductions be counted toward a US contribution meeting the goals of Paris," Lance Pierce, president of CDP North America, a environmental non-profit helping to organize the coalition, told DW.

Since President Donald Trump's announcement last Thursday that he will pull the United States out of the agreement, there has been speculation that local governments can still virtually participate in the climate goals, even if the US federal government bows out. On the same day as Trump's announcement, the governors of the US states of California, Washington and New York announced they were forming the United States Climate Alliance to coordinate state action. 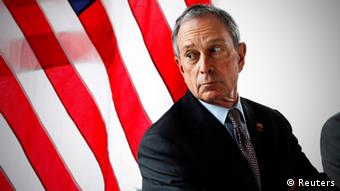 Billionaire climate advocate Michael Bloomberg is coordinating the US effort

The "We Are Still In" coalition is broader, including both governments and businesses, and may have a formalized relationship with the Paris agreement. Signatories include the leaders of 125 cities, nine states, 902 businesses and 183 universities.

The effort is being coordinated by Michael Bloomberg, the former mayor of New York City.

He has claimed that action by these local governments and private actors might be enough to get the US to meet the commitment agreed by former President Barack Obama - lowering US emissions by 26 to 28 percent by 2025 from their 2005 levels.

The Paris framework, set up by the United Nations, can only take on nation-states as signatories. Each country has submitted a "nationally determined contribution," a non-binding pledge to reduce emissions.

Bloomberg wants the "We Are Still In" coalition to submit a "Societal Nationally Determined Contribution" to the UN called "America's Pledge."

But it remains unclear whether such pledges could be officially recognized in the agreement. Christiana Figueres, the UN's former climate chief, told The New York Times over the weekend that there is no formal way for such entities to be recognized.

However, Pierce believes there might be a way. "Yes, the parties to the Paris agreement are nation states, as is the convention under UN agreements," he said. "But Paris was unique in that it acknowledged the contributions and importance of sub-national jurisdictions and major economic actors. So there is a movement to actually have the reduction targets of all these groups be quantified and counted."

"But whether this gets counted formally under Paris or not is almost besides the point," he added. "These groups will still be reducing their emissions regardless."

Who needs the feds?

In an open letter to the signatories of the Paris accord, published on Monday, the coalition said Trump's decision is "out of step with what is happening in the US."

"In the US, it is local and state governments, along with businesses, that are primarily responsible for the dramatic decrease in greenhouse gas emissions in recent years. Actions by each group will multiply and accelerate in the years ahead, no matter what policies Washington may adopt," the letter said. 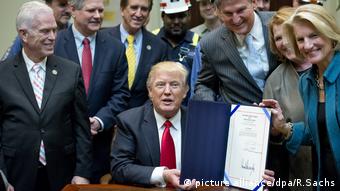 However, it is still an open question whether local governments and businesses can make a success of US decarbonization efforts without a federal policy framework, especially when not all states and businesses are participating in these coalitions.

Pierce acknowledged that the road ahead will be a difficult one. "Policy is extremely important, because it levels the playing field for everybody and it provides the framework for cooperation - that was the success of the Paris agreement in the first place," he said.

"But that being said, absent policy, companies and local governments will keep taking action. We need policy to provide an overarching framework, but I think that will come in the wake of all the action these groups are pursuing."

President Donald Trump has officially announced that the US will leave the Paris Agreement. What does that mean for the Green Climate Fund, which helps developing countries adapt to climate change? DW explains. (02.06.2017)