Cambodia: Human trafficking crisis driven by cyberscams | Asia | An in-depth look at news from across the continent | DW | 12.09.2022 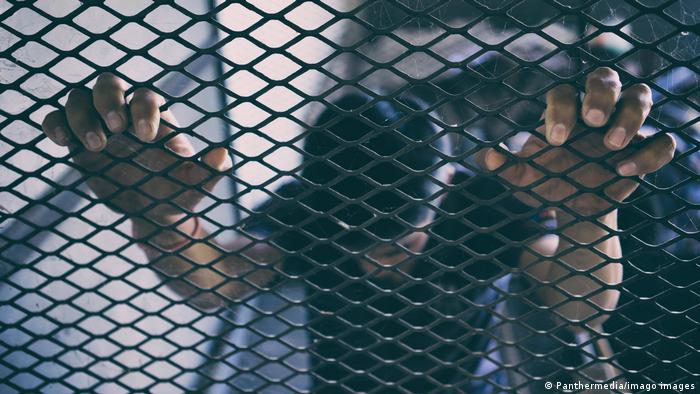 Over the years, Cambodia has transformed from being a source to a major destination for human trafficking in Southeast Asia

Recent escapes and rescues of foreigners working for criminal syndicates in Cambodia's casinos and other businesses have exposed an extreme problem with human trafficking in the Southeast Asian country. Many of the victims were lured by online scams.

Last week, Cambodian police arrested 15 Thai nationals wanted for cyberfraud and working illegally from a compound in Sihanoukville, following a request from the Thai embassy in Phnom Penh.

The arrests came as Cambodia and police forces from different countries in the region step up their efforts to rescue their citizens and shut down trafficking syndicates.

UN Special Rapporteur on the situation of human rights in Cambodia Vitit Muntarbhorn, who concluded an 11-day mission to the country in late August, said that human trafficking victims were experiencing a "living hell," in which many were tortured or even killed.

"Countries are now waking up to the phenomenon and Cambodia needs to activate countermeasures more strongly, while welcoming international cooperation and support," he said.

Over the years, Cambodia has transformed from being a source to a major destination for human trafficking in Southeast Asia, with online scams behind many cases.

"In the beginning, the scammers told me I could come to Cambodia for a good job since I was an engineer and I can speak English," Wei, who asked not to reveal his last name for security reasons, told DW. He was then lured into a human trafficking compound in Cambodia via an online scam.

On arrival in Cambodia, his passport and visa were taken by the scammers. "They asked me to join them, otherwise I would have to pay $30,000," said Wei, who was kept in the compound for 5 months against his will before he could escape two weeks ago.

Many of the compounds and criminal syndicates are linked to the southern port town of Sihanoukville, which became a special economic zone under the Belt and Road Initiative agreement between China and Cambodia. Boosted by massive Chinese investment between 2014 and 2019, the city turned into a casino metropolis.

After Chinese and Cambodian officials engaged in a joint law enforcement mission to crack down on cross-national criminality in 2019, the gambling industry in Sihanoukville went underground.

Amid COVID-19 lockdowns, some operators discovered online scams as a lucrative business model.

In many cases these scamming companies are backed up by senior Cambodian officials who benefit financially from these corrupt companies, said Phil Robertson, deputy Asia director of Human Rights Watch.

"It's truly shocking how these criminal syndicates can lock people away in various casino and entertainment complexes without facing any sort of prosecution by Cambodia's police," he told DW.

According to Mina Chiang, founder and director of the London-based Humanity Research Consultancy (HRC), the scamming activities are part of a double crime scheme.

"They are scamming victims but there are also slavery victims. Those slavery victims are being used to scam the victims to lose their money," she told DW.

By talking to and assisting trafficking victims in Cambodia, her social enterprise has identified recurring patterns.

"What we are seeing is that criminals are enslaving victims to force them to do scamming activities, including the common method of so-called 'pig butchering'," she said.

In "pig butchering" scams, scammers feed their victims with promises of romance and riches before cutting them off and taking all their money. The scams usually start on social media or dating sites, where the scammer finds and convinces the victim to hand over some funds before disappearing with all the money.

In most cases, the scammers are victims themselves, previously lured into the country by high-paying fake jobs or kidnappings.

"We have also seen people being lured by their friends, which is very dangerous because you may trust this person easily. In this case, the slavery victims were forced to become persecutors," Chiang said. 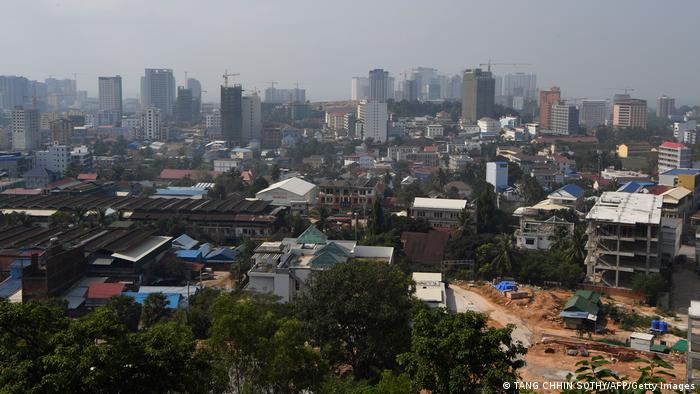 After authorities cracked down on cross-national crimes in 2019, the gambling industry in Sihanoukville went underground

Young and educated people are the main target

"Those duped into going to Sihanoukville are not low-skilled workers, but young people who are educated and literate in multiple languages or with professions," Kaili Lee, director of GOH-Migrants for Garden of Hope Foundation, told DW.

Her Taiwanese NGO, which works on assistance programs for trafficking victims, found that most Taiwanese victims lured to Cambodia are between 24 and 29 years old, with 629 cases of trapped Taiwanese citizens reported by the end of August.

According to Lee, the syndicates behind these trafficking schemes need smart, computer literate people to conduct their scams. Since those people are lacking in Cambodia, the criminals are scouring the region, and enticing skilled, educated people from all across the world, including Europe and the Americas.

"During my five months at the scamming company, I saw Chinese, Vietnamese, Indonesian, Malaysian and even Americans who were also scammed," trafficking victim Wei said.

He tried to contact the police for information on how to escape. "But when the scammers found out, they got so angry and sent me to a room with no food and water for 30 hours," Wei added.

During this time, he was beaten and physically tortured with an electronic taser. Reports show that a lot of other victims suffer similar physical abuse by their captors. Some of them even die.

'Money talks louder than anything else in Cambodia'

Robertson said the continuous money flow into the trafficking business is the main problem. "There is big money involved in these scams and money talks louder than just anything else in Cambodia. So, unless there is really political will in the government to end this, very little positive will happen," Robertson said.

He calls on international donors, UN agencies and civil society groups to work together to put a stop to these abuses which are overwhelming the country.

Chiang said, "if there is no money coming in, there is no point to enslave victims and work in the scamming industry anymore."

Her team works closely with rescued victims to take their stories out and demand new policies and laws to address those crimes through stopping the flow of money to the criminals.

Wei is one of the few who escaped. He jumped out of a moving car in Thailand two weeks ago that would have otherwise taken him to Myanmar. Unlike him, there are many other victims still trapped in Cambodia, desperately waiting for help and change.

Despite international efforts to abolish slavery, it is well and truly alive in certain parts of the world. Global warming and the COVID-19 pandemic are not helping matters.

Asian football in particular has long had a problem with match fixing. While some progress had been made in fighting the crime in recent years, the arrival of COVID-19 has made it easier for match fixers to do business.