Military officials deem Bundeswehr ammunition, tanks and helicopters "inadequate" for missions in Afghanistan. This comes after a leading defense expert criticized the way Bundeswehr soldiers are being trained. 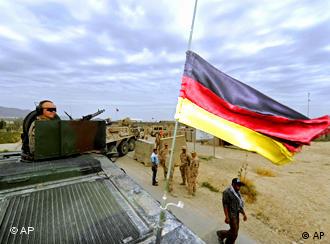 For Germany, the danger in Afghanistan is growing

A number of German military officials have been quoted as criticizing the equipment - ranging from ammunition to tanks and helicopters - used by troops in Afghanistan as inadequate for their mission in the war-torn country.

Brigadier General Joerg Vollmer, who served as the regional commander in the north of Afghanistan until the fall of last year, said in an internal military report that the ammunition used by German soldiers in Kunduz was "unsuitable," adding that tank shells "lacked the ability to penetrate walls and other structures." 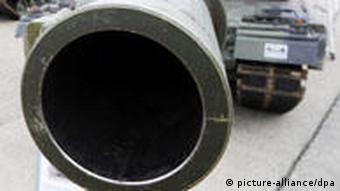 Also in that report, the former commander of the Bundeswehr mission in Kosovo, Klaus Reinhardt, described German helicopters as "ancient birds that have been in use for over a half century."

The newly designated parliamentary commissioner for the armed forces, Hellmut Koenigshaus, argued for the use of more powerful tanks, for instance the Leopard 2 main battle tank.

"Taliban militants would think twice if they see one of these tanks coming," Koenigshaus told the German daily Tagesspiegel.

Not all criticism has centered on Bundeswehr weaponry, however. Germany's outgoing parliamentary commissioner for the armed forces, Reinhold Robbe, criticized the way German soldiers are trained before being sent to Afghanistan, in particular with regard to the use of tanks and other armored vehicles. 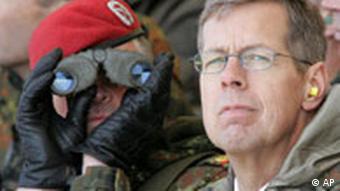 Robbe, right, says more must be done for soldiers

"Our soldiers need thorough training with these vehicles - before they are sent to Afghanistan to use them in combat situations. They must be confident enough that they can operate them in their sleep," Robbe said.

This comes in response to an attack last Friday against a German patrol in northern Afghanistan, which saw Taliban militants kill three German soldiers and wound eight others.

The attack in Kunduz began when the German patrol was on a mine-clearing mission, using the exact vehicles that Robbe said soldiers were ill-prepared to use.

However, Heinz Schulte, editor-in-chief of the Griephan Global Security Magazine, said the recent wave of criticism of German military practices should be kept in context. He called it "no new practice" for armies to complain about their equipment and training. 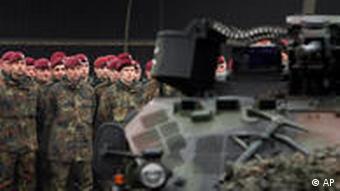 "It is a general rule that armies complain about not having the right equipment or that they haven't got enough training. So I think this is not germane to the German situation. I think it's a general problem, because normally armies have the equipment that was optimized for the last war," Schulte told Deutsche Welle.

Schulte said the important thing to take from the current political debate were suggestions that can enhance the safety of German troops in Afghanistan. He insisted that there were always ways to improve the state of the military, especially with regard to the training of soldiers.

"Germany puts a tremendous amount of effort towards supplying its troops with state-of-the-art protection, but there is always room for improvement. And, if there are valid criticisms, then they have to be taken on board."

Opinion: The West and its Karzai problem

Afghan President Hamid Karzai is becoming a thorn in the side of the West. His most recent comments are being seen as a 'problematic breach of trust.' But, as DW's Ratbil Shamel writes, Karzai is their only choice. (06.04.2010)

Karzai plays a risky game with allegations of Western interference

The rift between Afghan President Hamid Karzai and the West could widen this week over Karzai's recent allegations that foreign powers orchestrated massive fraud in the elections that returned him to power last year. (06.04.2010)

On Sunday, German troops honored the three soldiers who died in a Taliban attack on Friday. German Development Minister Dirk Niebel was in attendance. (04.04.2010)