Bundesliga: 'Worn out and tired' Max Eberl departs Gladbach due to personal health

As Borussia Mönchengladbach sporting director, Max Eberl has been a major figure in the Bundesliga for over 13 years. On Friday, he announced he was stepping away from the game due to personal health reasons. 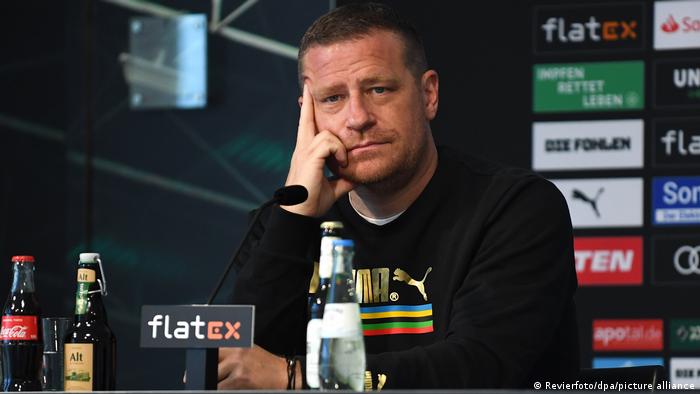 A visibly emotional and shattered Max Eberl confirmed on Friday he would be standing down as Borussia Mönchengladbach's sporting director after 13 years in the job.

Throughout the week, a vicious rumor mill had been awash with speculation that the 48-year-old was jumping a sinking ship and looking for a new challange, with the Foals mired in a relegation battle. It couldn't have been further from the truth.

"I just want out, I simply want nothing to do with football. I want to see the world, I want to have fun, I want to be Max Eberl," he said at a hastily convened press conference on Friday afternoon through choked-back tears.

"I don't have the strength to do this job anymore. I'm worn out and tired … I have to pay attention to my health."

The media reports which prompted the press conference, first from Sky Sports and later confirmed by local newspaper Rheinische Post, had focused on Gladbach's surprising decline over the past 12 months when speculating on Eberl's future.

But the ultimate reason was far more devastating for Gladbach fans who saw him build the club's most fruitful era since the glory days of the 1970s.

Eberl's legacy across a 23-year association with the club will live on for decades, after bringing stability to a proud, historic club which had for far too long been in the shadows.

Many football clubs can point to a sliding doors moment in their history that comes to define an era of success or despair. For Borussia Mönchengladbach, that was the arrival of Max Eberl as a 26-year-old defender back in the late 1990s.

At the time, the club were fighting a relegation battle they would ultimately lose, but Eberl helped drag them back up to the Bundesliga on the field, before moving into the youth department. His real legacy, however, would begin in October 2008 when he took over the sporting director role from Christian Ziege.

In almost 14 years, he helped transform Gladbach not only into a consistent Bundesliga club again, but one that challenged consistently for European qualification.

Over the last 12 months, however, a potent cocktail of coaching changes, transfer sagas, poor form and COVID-19 has seen the club from the Lower Rhine suffer a sharp decline in fortunes. And with it, Eberl's own ability to handle to high-stakes pressure of top-level football.

"There's no 99% with me, I wanted only to give 100%," he explained. "But I realized this perfectionism was becoming too much."

In terms of the Bundesliga table, Eberl leaves Gladbach as he found them: in a relegation battle. But his tireless work, excellent management and burning passion has them in a far stronger position to escape that predicament and get back on a positive track. 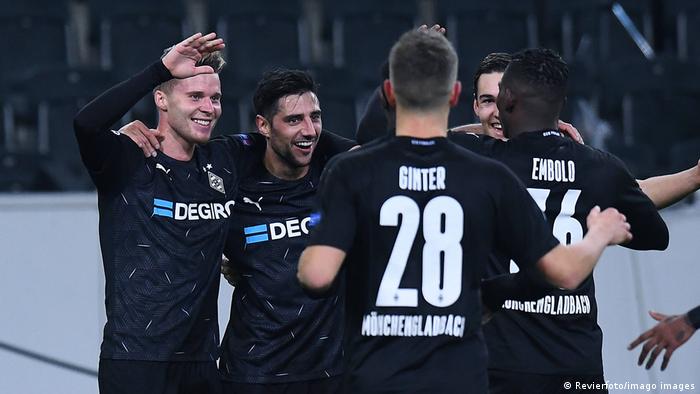 Borussia Mönchengladbach returned to the Champions League under Max Eberl.

Under Eberl's tenure, Gladbach fans were once again allowed to look forward to European nights - and even dream of a title challenge.

They qualified for Europe six times, including three Champions League campaigns, and finished the last 10 consecutive seasons in the top half of the table. An incredible achievement, considering the preceding 15 years which witnessed three seasons in the second tier and a Bundesliga finish no higher than 11th.

Eberl swiftly earned a reputation as a savvy Bundesliga operator, appointing a string of fine coaches from Lucien Favre to Marco Rose - often acting decisively to seal deals in what he always saw as the best interests of the club.

"No-one is bigger than Borussia," became a frequently heard mantra as Gladbach bucked the trend and refused to become embroiled in the incessant and often irresponsible chase for Champions League riches which had undone other traditional giants such as Hamburg and Schalke.

And although the trophy drought continues - no German Cup since 1995, no Bundesliga title since 1977 - the club still has strong foundations to push forward. 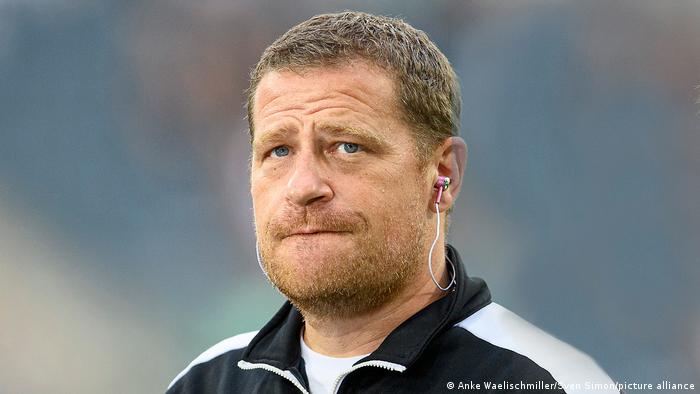 But in football, much can change in a year.

At the end of 2020, despite rumored interest from Bayern Munich, Eberl extended his contract until 2026. It was a typical Gladbach move, emblematic of the sensible approach which had seen them come though the first pandemic year with financial loss of "only" €16.8m ($18.7m). "Gladbach are the example," headlined the Frankfurter Allgemeine Zeitung.

Yet no sooner had the ink dried on Eberl's new deal than coach Marco Rose announced his intention to join Borussia Dortmund. If Rose was contractually well within his rights to make use of a release clause which Eberl had said was a key concession when acquiring his services, the move left the fanbase feeling furious and betrayed.

Eberl's decision not to cut ties immediately but to retain Rose's services until the end of the season backfired, a shocking run of form ending with a disappointing eighth-placed finish. Adi Hütter arrived for the princely sum of €7.5 million from Eintracht Frankfurt and Gladbach did well to keep hold off their top stars despite the crippling financial effects of COVID-19.

The personnel may be the same, but the circumstances have changed beyond recognition, with a 4-1 derby defeat to local rivals Cologne (1-4) followed by humiliation against Freiburg (0-6) and a German Cup loss to second-division Hannover (0-3).

'Every defeat was my defeat'

"Every defeat was my defeat," said a tearful Eberl, finally bowing to the pressure of juggling too many responsibilities and taking every blow personally in a cruelly unsympathetic industry which had collectively decided that his rumored departure must have some ulterior motive, without even consulting him.

And that, rather than sporting results, is why Eberl has called time on his Gladbach career.

"We have to respect people as human beings," he said, when asked what football could do to change. "We can criticize people constructively and professionally but we don't realise what it does to them personally.

"Thank you for everything. It was an honour to work here."

For Borussia Mönchengladbach supporters, and indeed everyone with an interest in German football, the feeling is mutual.