A new era at Schalke is already in crisis after a 2-1 loss to Hoffenheim leaves the Royal Blues bottom. Elsewhere, Cologne and Leipzig played out an intense 1-1 draw that preserves the unbeaten records of both clubs. 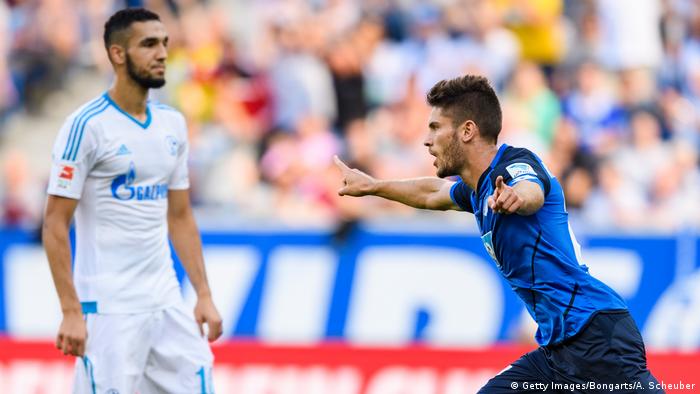 Markus Weinzierl remains without a point as Schalke manager after first half goals from Hoffenheim's Andrej Kramaric and Lukas Rupp condemned the Royal Blues to the club's worst ever start to a Bundesliga season.

The visitors didn't start like a team at the bottom of the pile and took the lead after just four minutes when Eric Maxim Choupo-Moting opened the scoring. The Cameroonian striker stooped at the backpost to nod in after summer signing Breel Embolo bamboozled his opponent on the right before whipping in an inch-perfect cross.

Some of the defensive vulnerability that has marked Weinzierl's side's early season form almost saw them lose their lead just four minutes later but Andrej Kramaric's lob landed on top of the net.

The Croatian striker had sufficiently tuned his radar when he was presented another chance in the 18th minute. Hoffenheim worked the ball out to the left before swinging in a cross. Kramaric still had a lot to do but leapt higher than his marker to bury a header past Ralf Fährmann's left hand and in to the bottom-left corner of the net from about 12 yards out.

The hosts grew in confidence, despite Klaas Jan Huntelaar striking the post for the visitors, and they were rewarded for their persistence. Again, the goal was made by a piece of skillful wingplay. This time Karem Demirbay's direct running on the right created space for a precise, low cross and Lukas Rupp was left unmarked to sweep home at the back post in acres of space.

Schalke were unable to raise their game after the break, with the visitors looking the more likely to score the game's fourth goal. Kramaric blazed over just after the hour mark before Fährmann was forced in to an improvised headed clearance after a defender nicked the ball away from the onrushing Eduardo Vargas.

Although they had a strong penalty claim for handball denied in injury time, Weinzierl will surely be concerned by how little his charges were able to create even when desperately searching for a late equalizer, while his opposite Julian Nagelsmann will be delighted by his side's efficiency – they scored with both their shots on target.

With Bruno Labbadia and Viktor Skripnik relieved of their positions already this season, Weinzierl could be the next man under pressure. Schalke host Borussia Mönchengladbach on October 2. Another loss would mean their hopes of Champions League qualification would lie in tatters after just six matches of the latest new era. 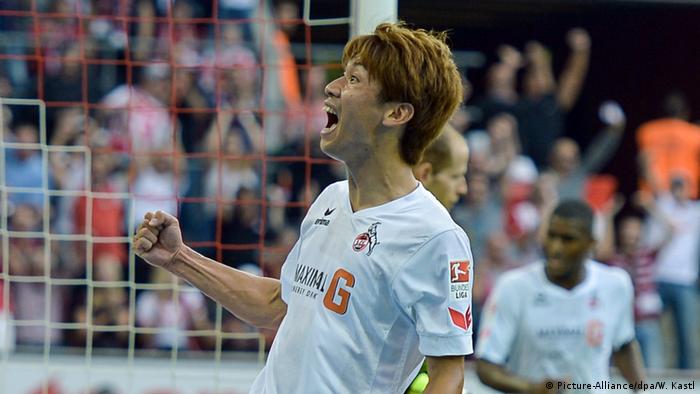 Typically for a Leipzig away match in the Bundesliga, the atmosphere that greeted the arrival of the the controversial club's fans in Cologne was fiery to say the least.

Kick-off at the Rhein-Energie Stadion was delayed by 15 minutes after Cologne fans staged a protest against their visitors by sitting in the middle of the street, blocking the Leipzig team bus en-route to the stadium.

The home fans were even more disgruntled just five minutes after the football finally got underway. Oliver Burke, the club's record signing making his first start, opened the scoring to an eerily still silence in Cologne.

Marcel Sabitzer found enough space on the edge of the Cologne box to play a pin-point through ball behind the Billy Goat's defense. Burke latched onto it, and, with the help of a small deflection, found the bottom corner for his first ever Bundesliga goal.

However the Billy Goats - who like their visitors went into Sunday's match unbeaten in the league – did not allow the early strike to scupper their gameplan.

20 minutes after Burke's strike, the home side were level. Konstantin Rausch found Yuya Osako in the box and his first-time touch and turn left Kevin Compper in his dust. The Japanese international then unleashed an unstoppable strike into the roof of the net from a narrow angle to take the roof off in Cologne.

After the excitement of the first half, both teams seemed to gradually become more content with the idea of sharing the spoils as time ticked on. Both Anthony Modeste and Davie Selke – each club's main striker – were replaced with time running out, neither having had a serious effort on the opposition goal.

The result means that both Cologne and Leipzig remain unbeaten to start the season. For the Billy Goats, it's their best opening to a season for 29 years. They third in the Bundesliga table, two points ahead of Leipzig in seventh.

Late goals from Robert Lewandowski and Joshua Kimmich were enough to give Bayern Munich a 2-0 win against Schalke. It was tough on the impressive Royal Blues, who were made to pay for some wasteful finishing. (09.09.2016)