Bundesliga: Bremen's performance proves they were right to sack Skripnik

Werder Bremen's hard-earned victory over Wolfsburg on Saturday is proof of the side's untapped potential. More than that, it's proof the club were right to fire Viktor Skripnik early, writes DW's Matt Pearson. 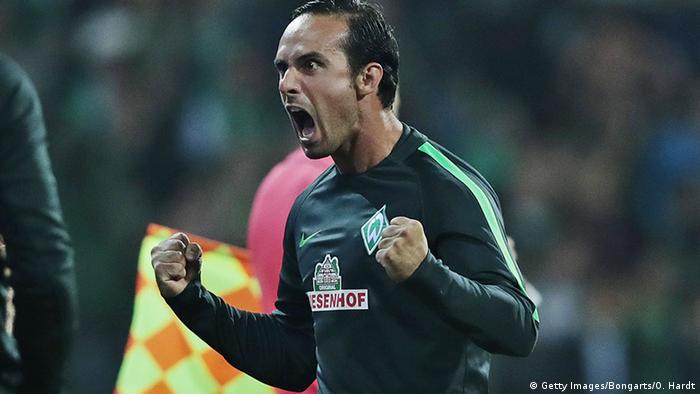 Sacking a coach just three games in to a season may seem rash but Werder Bremen's decision has already been vindicated. Temporary boss Alexander Nouri (pictured top) has uncovered a sense of identity, a well of self-belief and, most-importantly, a way to win that largely escaped predecessor Viktor Skripnik.

After insipid performances in each of the first three league games and a late and somewhat fortuitous survival last season, Skripnik had to go. Even if it made the Bremen board look foolish for keeping the faith this summer. But Saturday's committed, wholehearted display, enhanced by a smattering of pace up front and a previously unseen cutting edge, suggested the shoots of recovery have emerged in the north of Germany.

Despite their pre-game position at the foot of the table and the heartbreaking late loss against Mainz in midweek, Bremen played like a team on a high in the opening period, pressing Wolfsburg in to errors high up the pitch. Their approach was typified by Ousman Manneh. 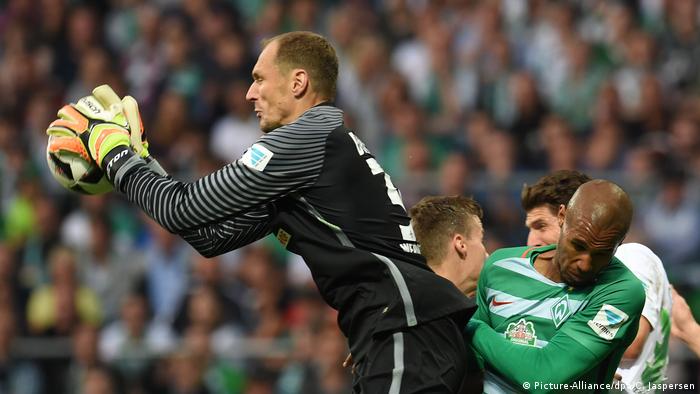 Werder Bremen claimed their first win of the season on Saturday

The Gambian forward was promoted by Nouri, who had worked with him in Bremen's second team, and rewarded his boss by setting the tone. Manneh defended from the front, stealing possession from Jeffrey Bruma on 26 minutes before winning a free kick that Wolfsburg keeper Koen Casteels just kept out.

Along with Manneh's promise, Bremen's big summer signing Max Kruse is still to come back from a ligament injury and fellow summer import Serge Gnabry has impressed so far. And, of course, there's Claudio Pizarro. The Green and Whites look to have enough going forward to trouble most sides.

But Nouri hasn't yet managed to entirely stop his charges shooting themselves in the foot, as Robert Bauer proved in the 69th minute. The defender slammed a cross in to his own net under relatively little pressure to break the deadlock and seemingly the hearts of the home fans at the Weserstadion.

At the beginning of this season, that blow would've finished Bremen. But not anymore. Lennart Thy's powerful finish from a tight angle in the 86th minute was proof of their new-found belief and cohesion. Those collective qualities culminated in a thumping headed winner from Theodor Gebre Selassie in the dying embers of the game.

Despite lifting Bremen off the bottom of the table with the win, Nouri still appears fairly unlikely to be in charge for Bremen's next game, away to fellow strugglers Darmstadt on October 1. One thing is certain though - whoever takes the reins permanently looks to have much simpler task than they did a week ago.