German Bundesliga side Werder Bremen have dismissed their coach Viktor Skripnik. News of his departure came the morning after the side's dismal 4-1 defeat to Borussia Mönchengladbach. 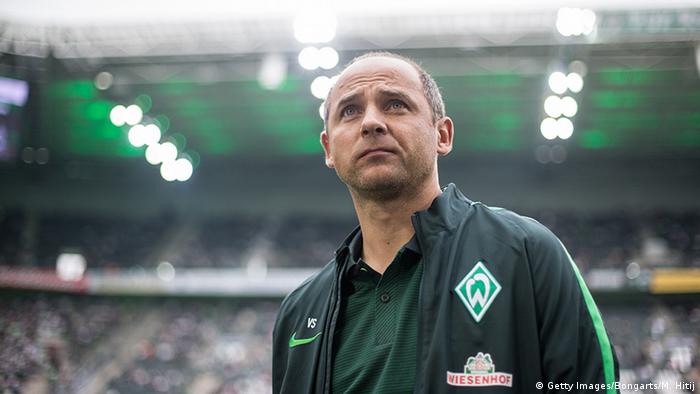 Bremen's U-23 team coach Alexander Nouri has been appointed as the interim coach, the club said.

In a disappointing start to the season, Bremen have lost their first three league games of the season and crashed out of the German Cup to third-tier side Sportfreunde Lotte.

The Saturday defeat came after Bremen were demolished 6-0 at Bayern Munich and lost 2-1 at home last week to Augsburg.

"We have decided to take this step because after the game in Gladbach we were not convinced that with the existing (coaching) constellation we could promptly bring about a positive change," said Bremen sport director Frank Baumann. "We would like to thank Viktor and his assistant coaches for their work in recent years."

The 46-year-old Ukrainian, a former Bremen player, leaves the club along with assistant coaches Florian Kohfeldt and Torsten Frings.

Bayern Munich stay top of the Bundesliga despite conceding an early goal to Ingolstadt. RB Leipzig put on another impresive show to shoot up to second, and Dortmund delivered another goalfest. (17.09.2016)