The 64-year-old has been consumed by a scandal involving a slaughter house operated by a company he partly owns. Schalke fans over the weekend called for Tönnies to step down. 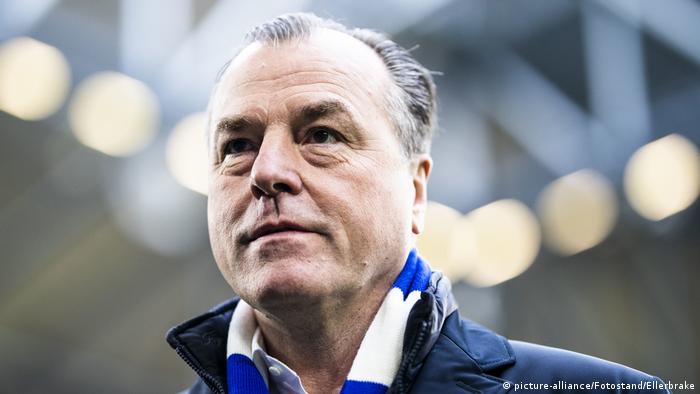 Schalke's chairman Clemens Tönnies resigned on Tuesday amid a scandal involving a coronavirus outbreak at a slaughter house his company operates.

The resignation comes days after Schalke fans protested in Gelsenkirchen, where the club is based, calling for Tönnies to step down.

Tönnies became a member of Schalke's supervisory board in 1994 and had spent the last 19 years as its chairman. The club said it would reveal who would serve the remainder of Tönnies' term as chairman at a later date.

"Clemens Tönnies has played a decisive role in establishing [Schalke] as one of the sporting and economic heavyweights in the Bundesliga over the past 26 years," the club's marketing director Alexander Jobst and manager of sport Jochen Schneider said in a joint statement.

"His international network, his pronounced entrepreneurship and his passionate commitment have shaped our club in a special way," the statement continued. "We know how difficult this decision was for him, so it deserves our utmost respect."

During Tönnies' time as chairman, Schalke won two German Cups and consistently competed in Europe's two international club competitions, the Champions League and the Europa League. He is also credited with organizing the construction of Veltins Arena, the club's current home ground that sports a retractable roof and field. But he leaves Schalke with the club possessing debts of almost €200 million ($224 million) and on the brink of insolvency due to the financial impacts of the coronavirus pandemic.

Tönnies owns a 45% stake in Tönnies Holding, Europe's largest meat processing company. The company has recently come under fire over a coronavirus outbreak at a slaughterhouse in the northwest German town of Rheda-Wiedenbrück, the 64-year-old's hometown.

The former Schalke chairman also sparked outrage in August 2019 over remarks about Africa at a business conference in Paderborn that Germany's football assocation, the DFB, deemed racist. Tönnies temporarily stepped down as supervisory board chairman for three months after Schalke's honorary board deemed the comments went against the club's anti-discrimination policy — though said racism accusations "were unfounded."

Both scandals have drawn the ire of Schalke fan groups and ultras. On Saturday, over 1,000 Schalke supporters demonstrated outside Veltins Arena, calling for Tönnies' resignation.