RB Leipzig's sixth defeat of the season came against Union Berlin, and begs the question what are RB Leipzig now that Ralf Rangnick and Julian Nagelsmann are gone? 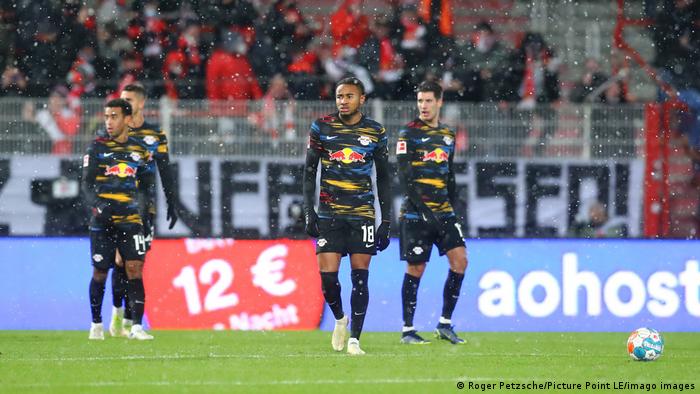 RB Leipzig have not been as good as expected this season

In the week that Ralf Rangnick begins a new era at Manchester United, the club he built faces an existential crisis.

RB Leipzig's defeat in the German capital was their sixth of the season as the Jesse Marsch (absent in Berlin as he is still recovering from COVID-19) era continues to stutter.

Christopher Nkunku has been fantastic and, aided by a misjudgement by Union Berlin goalkeeper Andreas Luthe, once again dragged his team back into a game they started poorly.

But that equalizer couldn't save his team from a deserved defeat. RB Leipzig delivered a performance that chief executive Oliver Mintzlaff afterwards labeled "a catastrophe."

It took the hosts just six minutes and a corner to punish RB for a sloppy start, and another set-piece led to Union's second. Were it not for an outstanding Peter Gulacsi, Union would have added another late on as the hosts looked more likely to score a third than RB did of equalizing.

That before the game Union were two points above Leipzig in the table reveals the extent to which the latter has struggeld to impose themselves this term. That afterwards it was Union and not RB sitting in a Champions League spot says even more.

New head coach Jesse Marsch has been keen to stress that defeats are learning opportunities and that the coach is not as important as the team, but a disastrous showing in an admittedly tough Champions League group combined with a domestic performance that has them on course to be outside the top six at the winter break has dampened Marsch's relentless positivity. 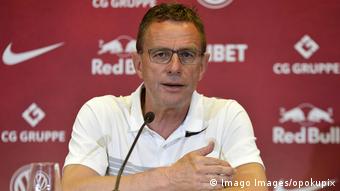 Ralf Rangnick's absence is being felt at RB Leipzig

Even when Ralf Rangnick swapped the dugout for the director's box and other coaching disciples took over, it was clear that RB Leipzig's identity was high intensity, aggression, and controlled chaos. This club was built in the vision of one man, continued by others and with the intention of challenging the very top of German football.

But with Rangnick no longer there, his heir apparent (and also Germany's most exciting young coach) now at Bayern Munich and this team a long way from the top two, RB Leipzig suddenly feel like just another club enduring a slump.

The problem is though, RB is not just another club. While it fulfills the 50+1 rule that ensures that a club's membership maintain the majority of its voting rights, Leipzig has been accused of being a 'franchise club' due to its controversial business model, which relies heavily on investment from Austrian energy-drink giant Red Bull.

That very model offers them advantages that other clubs do not have. So far this season, RB Leipzig has not delivered on that advantage, only rarely showing glimpses of quality.

But what does a club built on success do when it is so far from it?

Under Ralph Hasenhüttl, RB Leipzig had 33 points at this stage of the 2016/17 season. Under Nagelsmann in his first campaign, they had 30. This season, they have just 18.

As the snow fell in Berlin, so did RB Leipzig's chances of reaching such totals by the end of the year. Only once in their five Bundesliga seasons has this team finished outside the top three. A second time looms and with it a host of existential questions.

RB Leipzig may have lost their first league game, but they are still enjoying a superb first season in the top flight. Ralf Rangnick reveals his views on club ownership, building tradition, and Leipzig's faith in youth.