After another Bundesliga win on Sunday, Eintracht Frankfurt could be on the verge of their first Champions League qualification in six decades. Their success has made sporting director Fredi Bobic into a hot commodity. 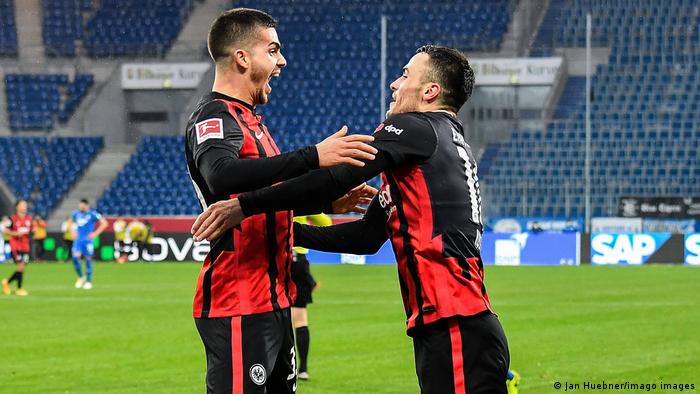 The Eagles scored first in front of over 127,000 spectators at Hampden Park in Glasgow but were ultimately no match for Ferenc Puskas, Alfredo di Stefano and co, who lifted the fifth of Real's 13 European Cups.

Frankfurt never qualified for the tournament again, nor have they ever qualified for its successor, the Champions League. However, this season, there are some at the Waldstadion, deep in the woods outside Germany's financial capital, who are daring to dream.

According to Sport Bild, most of the Frankfurt players have clauses in their contracts entitling regular starters to a €100,000 bonus should they qualify for Europe's top competition.

Frankfurt 'on a roll'

And why not? Frankfurt have lost only twice all season and have won seven of their last eight games after Sunday's 3-1 win over Hoffenheim.

Portuguese striker Andre Silva, dubbed "the insatiable" by Kicker magazine, has already scored 17 goals this season, including the second on Sunday — only the truly insatiable Robert Lewandowski has more. Adi Hütter's side also boasts two of the Bundesliga's top 10 assist providers in Japanese playmaker Daichi Kamada (nine assists) and Serbian winger Filip Kostic (seven), who set up Silva and scored the first against Hoffenheim with an angled drive.

"The mechanisms are working in defense and attack," says Hütter. "The team's on a roll."

Such is the potency of Frankfurt's attack that Hütter has yet to find a starting place in his 3-4-2-1 formation for Luka Jovic, back on loan from Real Madrid until the end of the season. But having already scored three times in five substitute appearances, the 23-year-old is not a bad option to have on the bench.

Luka Jovic back in Frankfurt

Luka Jovic back in Frankfurt

Along with Ante Rebic and Sebastian Haller, Jovic once formed a third of Eintracht's notorious "Buffalo Herd," whose goals saw the Eagles win the German Cup in 2018 and reach the semifinal of the Europa League in 2019.

That European campaign saw Frankfurt's fanatic supporters travel in huge numbers away and produce breath-taking choreographies at home. Coronavirus permitting, how they would love to grace the even bigger stage of the Champions League, a tournament which would also guarantee their club a minimum of €15 million.

Such a sum would go some way to compensating for a drop in income of up to €70 million incurred by the pandemic. It would also help sporting director Fredi Bobic continue his impressive work since arriving in Frankfurt in 2016.

It's hard to believe now, but, back then, Frankfurt had just escaped relegation via a playoff against Nuremberg. Bobic had been greeted by a banner from the ultras reading: "Bobic fits Frankfurt like footballing tradition fits Red Bull" — a reference to comments regarding RB Leipzig that the ultras considered overly complimentary.

Since then, Bobic's standing ought to have improved somewhat thanks to some savvy man-management and the cultivation of a comfortable, familiar atmosphere. 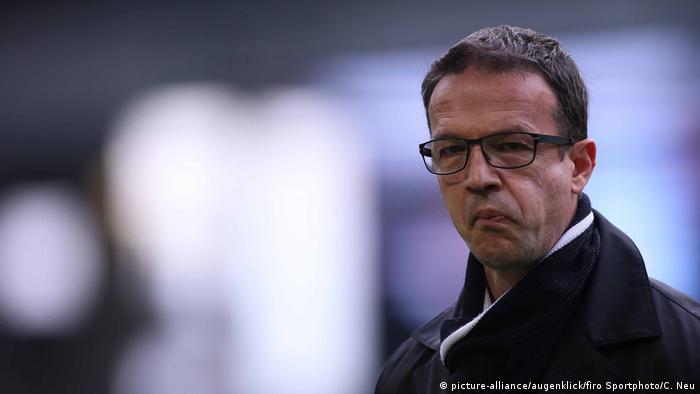 Much of Frankfurt's success traces back to Fredi Bobic's squad planning

Not only has the former Germany international successfully replaced cup-winning coach Niko Kovac with Hütter, and the "Buffalo Herd" with Silva, he's also getting the best out of players whose reputation had suffered elsewhere.

Kostic was relegated with Hamburg in 2018, but his 23 goals and 38 assists for Frankfurt since then prove he belongs in the Bundesliga. Sebastian Rode, written off as injury-prone at Borussia Dortmund, has established himself as a key cog in Frankfurt's midfield.

Martin Hinteregger publicly fell out with coach Manuel Baum in Augsburg . He has since become a fan-favorite in Frankfurt and is one candidate to become captain following veteran David Abraham's departure.

No wonder Bobic has attracted interest from elsewhere. The 49-year-old has reportedly turned down approaches from Wolfsburg, RB Leipzig and AC Milan in recent years. There are rumblings that he is even a candidate to succeed Christian Seifert at the head of the German Football League (DFL), which operates Germany's top two divisions.

Hertha Berlin's interest is much more concrete, though, with Sport Bild reporting that discussions are set to occur in the coming days. After Michael Preetz ended his 25-year association with the club, Hertha are on the hunt for a director of sport who can make the best use of Lars Windhorst's millions and fulfill the investor's ambition of turning Hertha into a "Big City Club."

Bobic remains a Hertha member after making 54 appearances for the club as a player and his family is based in Berlin. Asked about his future by broadcaster Sky recently, Bobic replied: "I'm very happy [in Frankfurt], but I don't know what the future will bring."

The coming months will reveal whether that future is in Berlin or in the Champions League in Frankfurt.