Bayern Munich, missing nine players to COVID, lost for the second time this season to Borussia Mönchengladbach — this time in the Bundesliga. It's a vital win for Gladbach, with Bayern forced to field teenagers. 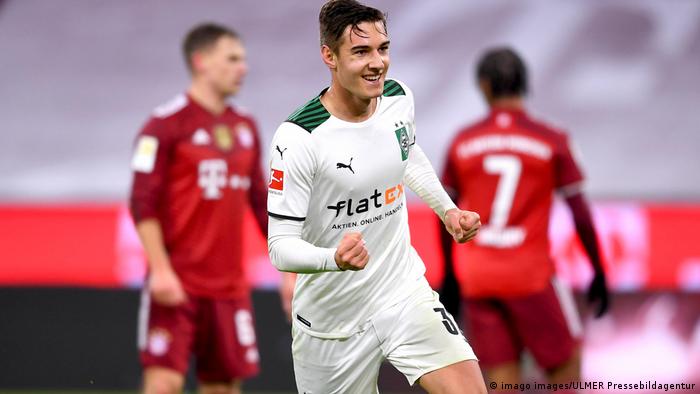 Borussia Mönchengladbach walked away from the Allianz Arena with a stunning victory on Friday night, one which could ignite their season.

Bayern Munich coach Julian Nagelsmann called up six teenagers to the bench and had another two in his starting lineup as Bayern struggle with nine positive COVID cases among its players. The specter of COVID had been looming over this fixture as the Bundesliga returned following its winter break.

Gladbach sporting director Max Eberl had said on Wednesday that "Bayern want to cancel the game, but ultimately the DFL (German Football League) will decide."

'We had a situation'

A decision to cancel the game never came with the DFL, now led by Donata Hopfen following the departure of Christian Seifert, choosing to stick to the Bundesliga protocol on COVID cases. In essence, it reads: the show must go on.

So ahead it went, with Bayern Munich facing the team that beat them 5-0 in the German Cup in October. Robert Lewandowski started 2022 as he ended 2021, scoring the opener after just 18 minutes. 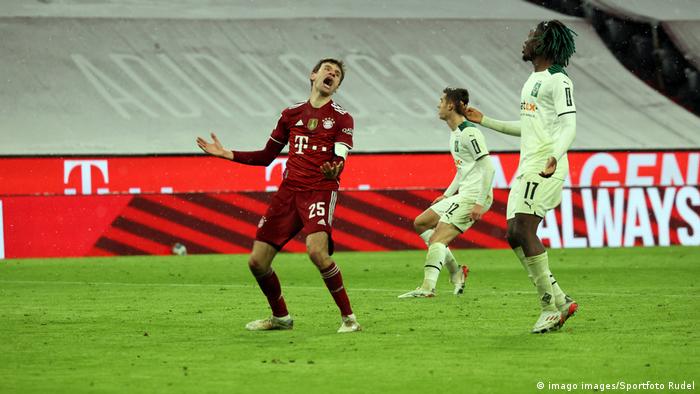 Bayern Munich's Thomas Müller: 'We had a situation, that is known'

But Florian Neuhaus' elegant equalizer and Stefan Lainer's glancing header added to Bayern's problems by half time. Robert Lewandowski hit the crossbar twice, but Bayern could not find a way through — they had been beaten again by Gladbach.

"We had a situation, that is known," Thomas Müller told DAZN. "But we have still had a lot of quality on the park.”

While Müller nor anyone else from Bayern was using COVID as an excuse, Julian Naglesmann struggled to field a team of their usual quality. With Leroy Sane and Alphonso Davies among the absentees, Bayern were stripped of all their pace and, with 15 minutes to go and Bayern chasing the game, Nagelsmann sent on 16-year-old Paul Wanner, now Bayern's youngest ever player, and 17-year-old Lucas Copado.

It didn't prevent Bayern drifting toward defeat in the first game of the rematch though. Gladbach, whose containment tactics worked a treat and is a significant feather in Adi Hütter's hat, move into midtable.

"We have implemented our match plan very, very well," Gladbach's Florian Neuhaus told broadcaster Sat1. "Bayern had a lot of absences but we did not want to let that influence us."

Neuhaus enjoyed a good night at the home of the club that are known admirers, but it was the performance of Luca Netz that illuminated Gladbach's performance. His assist for Lainer's header, the winning goal, further proof that the 19-year-old's acquisition from Hertha Berlin looks an astute one.

Stuttgart, Hertha Berlin, RB Leipzig, and Borussia Dortmund are among the teams missing key players to COVID this weekend as the virus rather than the football continues to threaten to dominate the narrative.

Bundesliga analysis: How to finish in the top four this season

RB Leipzig and Wolfsburg are struggling to be consistent this season. Could we see unlikely Bundesliga teams finish in the Champions League spots? Tactics expert Jasmine Baba explains what it takes to make the top four.