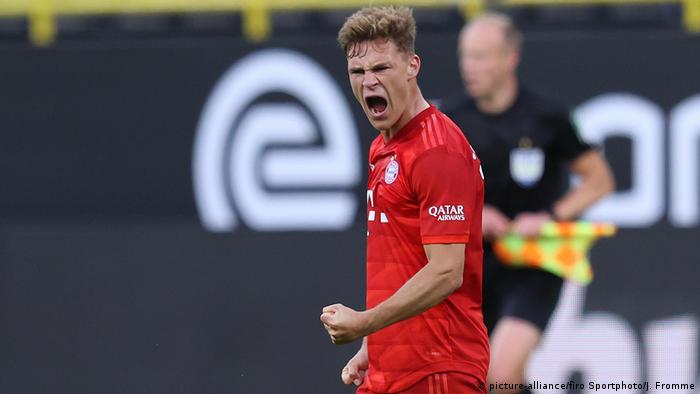 One hand on the title

Bayern took all three points away from Westfalenstadion and, if it does prove to be the result that clinched their eighth straight title, they couldn't have done it in better style. Joshua Kimmich's floated chip two minutes before halftime was a thing of beauty, and worthy of winning this headline clash. For Dortmund, it's once again a case of close, but not close enough. For the neutral, it's a case of deja-vu.

End of the road for Favre?

Lucien Favre has had his ups and downs since taking over as Dortmund coach in 2018. He's come closer to ending Bayern's almost decade-long grip on the Bundesliga than anyone since Jürgen Klopp, but ultimately the Swiss has delivered none of the titles Dortmund crave. Talk has ramped up since the Klassiker defeat that Favre could walk or be fired at the end of the season. While it would be a little sad to see Favre go, there's a feeling that if Dortmund can't do it now, they never will, and that the time has come for someone else to have a crack. 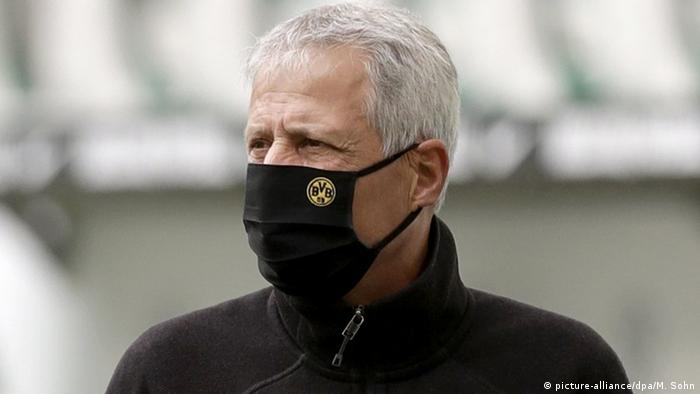 Could this be the final days of Lucien Favre's reign at Dortmund?

As if their Klassiker victory wasn't good enough, Bayern's week got even better when Leipzig failed to beat Hertha Berlin at home and slipped nine points behind the leaders. Julian Nagelsmann's side were coming off a 5-0 drubbing of Mainz, but Leipzig haven't been able to recapture that form at home since the Bundesliga's return. Hertha, still unbeaten under new coach Bruno Labbadia, were good value for their point, salvaged by a Krzysztof Piatek penalty after a Rune Jarstein howler had looked set to hand Leipzig an undeserved win, despite what the RB Leipzig media team thought of it...

This COVID-19-enforced 'Geisterspiele' era has seen a curious phenomena emerge: the curse of the home team. With their usual support absent, home advantage has become home disadvantage, with visiting teams enjoying a far greater chance of success than when fans are in the stadium. In the first two weekends since the Bundesliga's return, we saw five away wins from nine, and this time around home teams won just two of the nine meetings.

The visit of a fragile Schalke side represented a must-win for Fortuna Düsseldorf — and Uwe Rosler's side delivered. They fell behind to Weston McKennie's fine header, but Schalke fell apart, conceding twice in five minutes as Düsseldorf, unbeaten since the restart, picked up a victory that puts them five points clear of Werder Bremen and just a point behind Mainz. They would already be ahead of Mainz if not for their injury time collapse against Cologne last weekend. For Schalke, they still have just one win in 2020 and are on their worst run in 23 years. It's relegation form and the kind of sequence that could cost David Wagner his job. Next up for Schalke? That'll be Bremen.

It's very Leverkusen to get absolutely thrashed — at home — at the very moment they're starting to look impressive. Two away wins coming into this game had Leverkusen down as clear favorites for the visit of Wolfsburg. But they collapsed in the second half, eventually losing 4-0 with defender Marin Pongracic scoring twice. Back to the drawing board for Bosz and co., although Borussia Mönchengladbach's draw in Bremen means the defeat isn't as costly as it could have been as the race for Champions League football heats up.

With 11 minutes to play, Frankfurt were 3-1 down to Freiburg and on course for a third straight defeat since the Bundesliga restart. Adi Hütter had fielded an attacking lineup and they mustered over 30 shots on goal, but a lack of cutting edge saw them spurn chance after chance. That was until Daichi Kamada and then Timothy Chandler dragged the Eagles kicking and screaming to their first point since the restart. Not the ideal result, but a start for a side who have started to look over their shoulder. 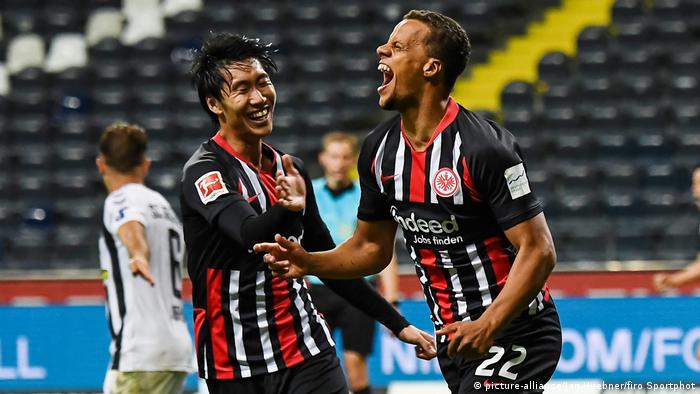 — "I do not live in the future"
Hansi Flick, when asked if Bayern will win the title.

— "From today, I think all the other teams are out of it"
Mats Hummels, when asked if anyone other than Bayern can win the title.

— "Our defending was disastrous"
Julian Nagelsmann reflects on a damaging draw for RB Leipzig.

— "If you win at Leverkusen, the team of the hour, well that's quite good for us"
Wolfsburg captain Max Arnold

— Hansi Flick has won 15 out of his first 18 Bundesliga games in charge of Bayern. The only other coach to do so was Pep Guardiola.

— Joshua Kimmich ran 13.73 kilometers against Borussia Dortmund, setting a new record for a Bayern player since 2013-14, when tracking data was first collected.

— Kimmich has also scored three goals from outside the box this season, more than any other Bayern player.

— Borussia Dortmund have failed to score in a Bundesliga home game for the first time since January 2018.

— Since the Bundesliga restarted, no other team has scored as many goals as Hertha Berlin (9).

— There were 10 headed goals on this Matchday, a Bundesliga record.

Apart from the penalty being cast iron and Hertha deserving at least a point, this is absolutely spot on...